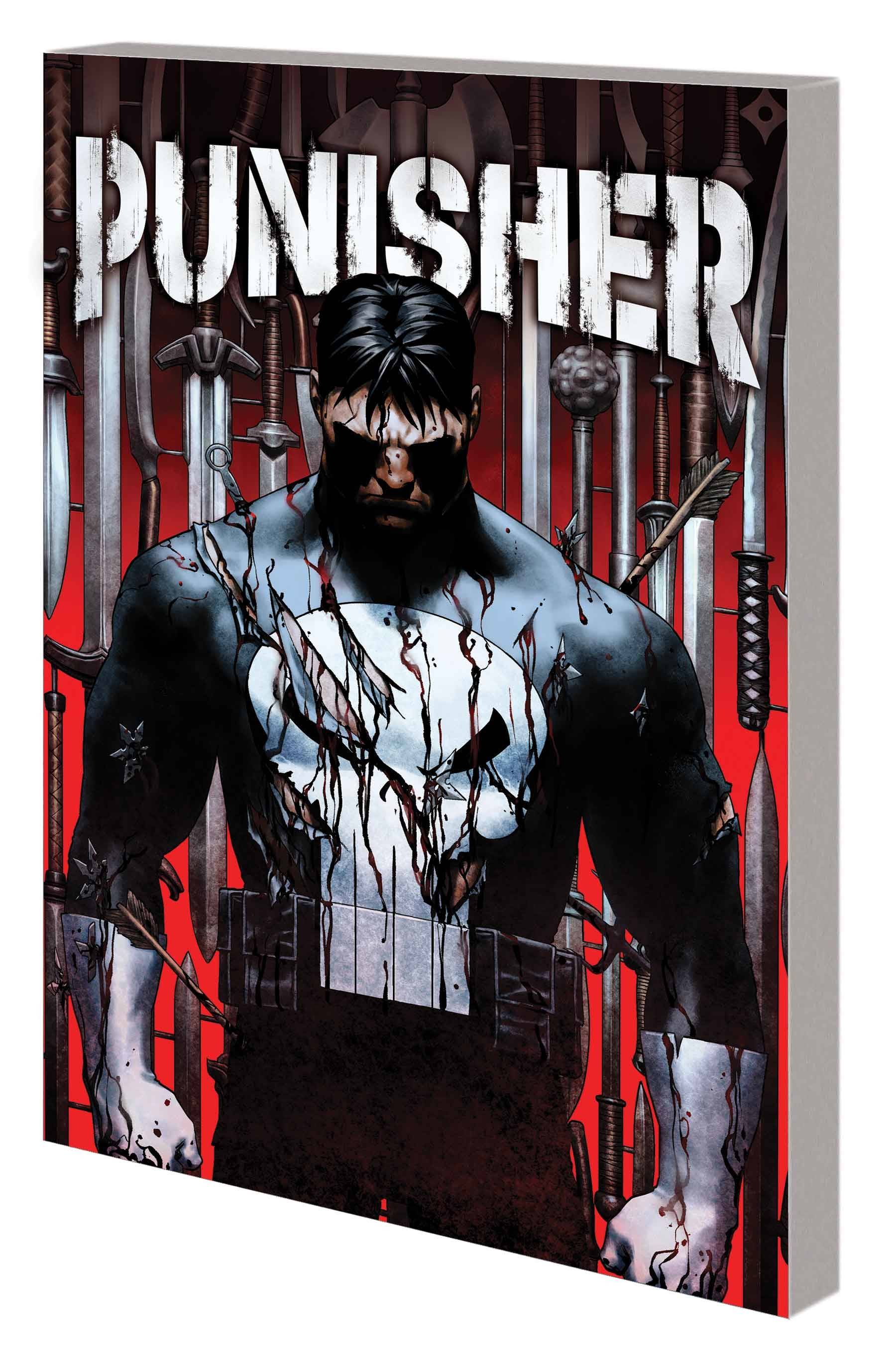 #
AUG220990
(W) Jason Aaron (A) Paul Azaceta (A/CA) Jesus Saiz
The Punisher story to end all Punisher stories! Born of tragedy. Devoted to war. Unstoppable in his rage. Frank Castle has become the most accomplished killer the world has ever seen. Now it's time for him to confront the secrets lurking in his past - and face his destiny. What shocking event convinces Frank to take the reins of the deadly ninja clan known as the Hand? And once he becomes the warlord of the Marvel Universe's most notorious assassins, will it mean an end for the Punisher - or a whole new bloody beginning? Is the Punisher truly the Fist of the Beast, the predestined High Slayer of the Hand? Or is he nothing more than a prisoner of the ninjas' twisted lies? Prepare for a show-stopping showdown against the very god of war himself! Collecting PUNISHER (2022) #1-6.
Parental Advisory
In Shops: Dec 07, 2022
SRP: $24.99
View All Items In This Series
ORDER SUBSCRIBE WISH LIST