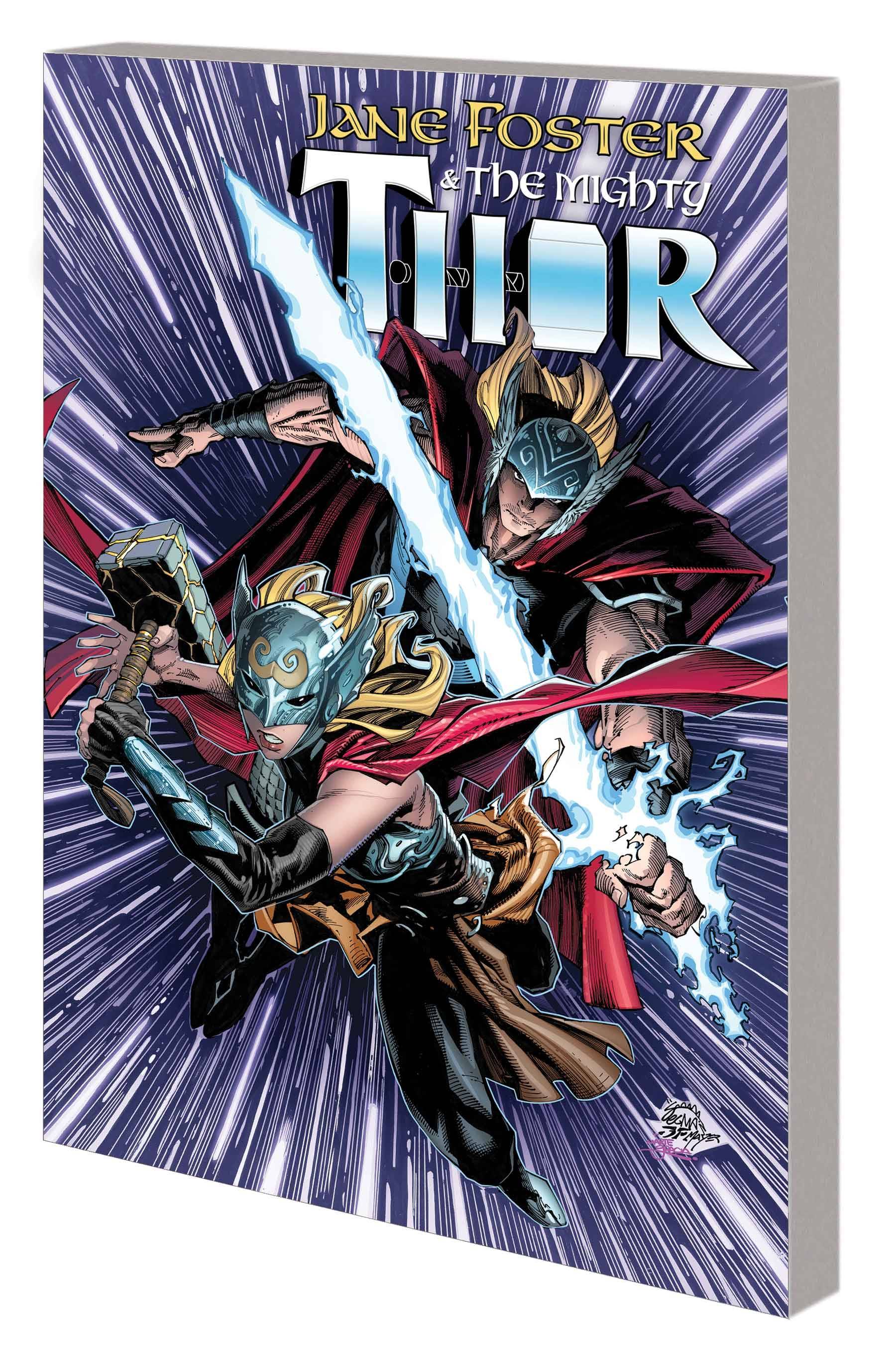 #
AUG220989
(W) Torunn Gronbekk (A) Michael Dowling (CA) Ryan Stegman
Will Jane Foster don the mantle of Thor once more? When Mjolnir comes crashing through Valkyrie's window, she fears the worst has happened to the God of Thunder. Where is Thor, and why did his mighty hammer seek out Jane? Asgard's greatest enemies - including Hela, Ulik the Troll and the Enchantress - have mounted a shocking assault on the Golden Realm, and the warriors of Asgard are losing...badly. Valkyrie's ally R na has managed to stave off total defeat, but the Asgardians desperately need Thor. Jane begins a quest to find the Odinson, but can she find clues to his whereabouts in Limbo - or will she lose herself to S'ym's dark magic? And to save the day, must Jane Foster become the Mighty Thor once again? Collecting JANE FOSTER & THE MIGHTY THOR #1-5.
Rated T+
In Shops: Dec 07, 2022
SRP: $15.99
ORDER WISH LIST