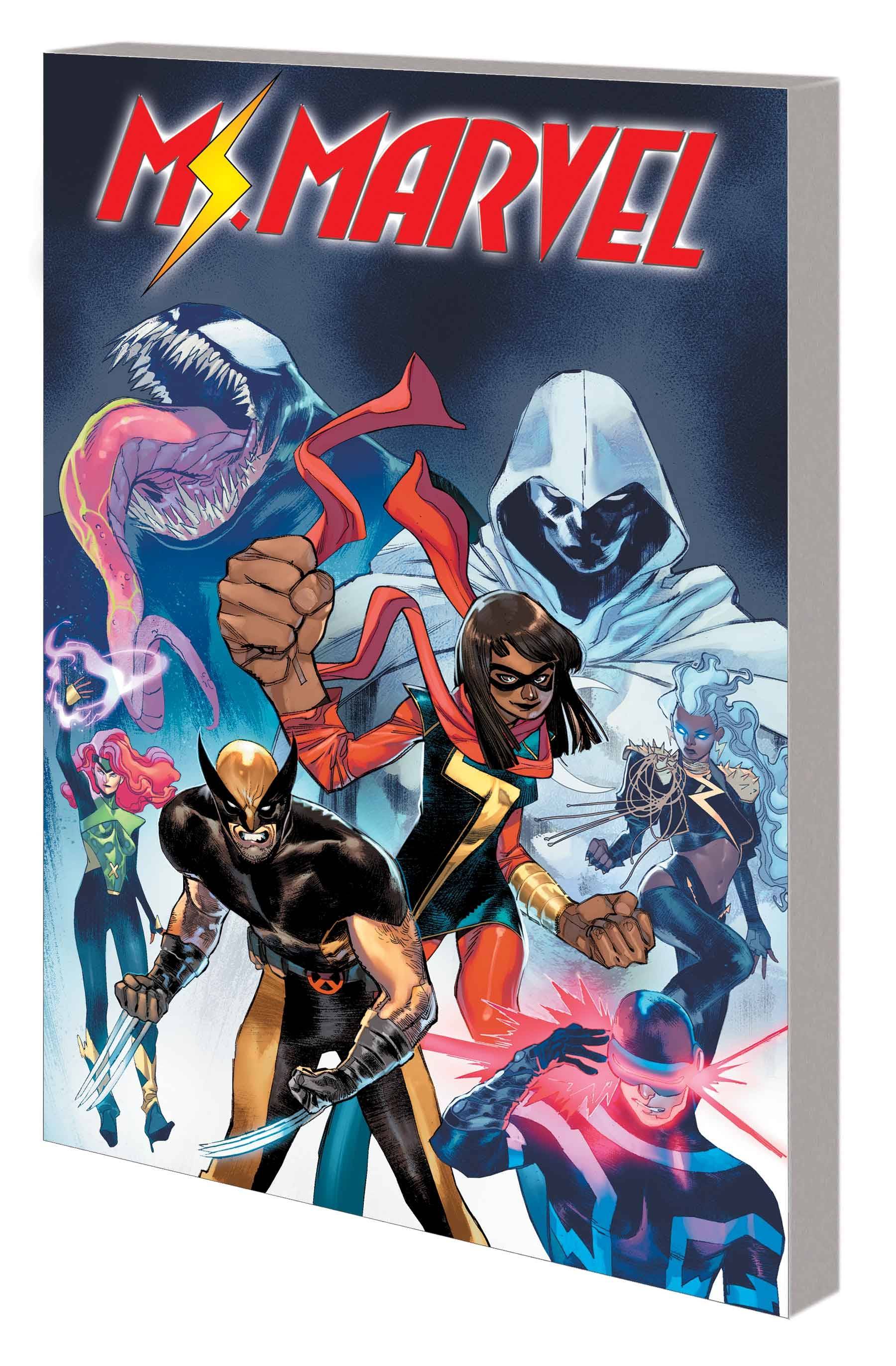 #
AUG220987
(W) Jody Houser (A) Ze Carlos, Ibraim Roberson, Dave Wachter (CA) Sara Pichelli
A dire threat. A dangerous mystery. And only the toughest heroes of the Marvel Universe can save the day! Ms. Marvel is taking matters into her own embiggened hands - but with Krakoan tech compromised, you can bet Wolverine and the X-Men won't be far behind! The best there is at what he does joins one of the Marvel Universe's brightest heroes to kick off an action-packed adventure - but to solve this conundrum, Kamala Khan will need to rub shoulders with more dark vigilantes! When a mechanical (and maniacal!) evil brings her into Moon Knight's orbit, the gravity of what they uncover will require them to plumb the depths of life and death! But can anything prepare Kamala for a team-up with Venom?! Collecting MS. MARVEL & WOLVERINE #1, MS. MARVEL & MOON KNIGHT #1 and MS. MARVEL & VENOM #1.
Rated T+
In Shops: Jan 18, 2023
SRP: $15.99
ORDER WISH LIST