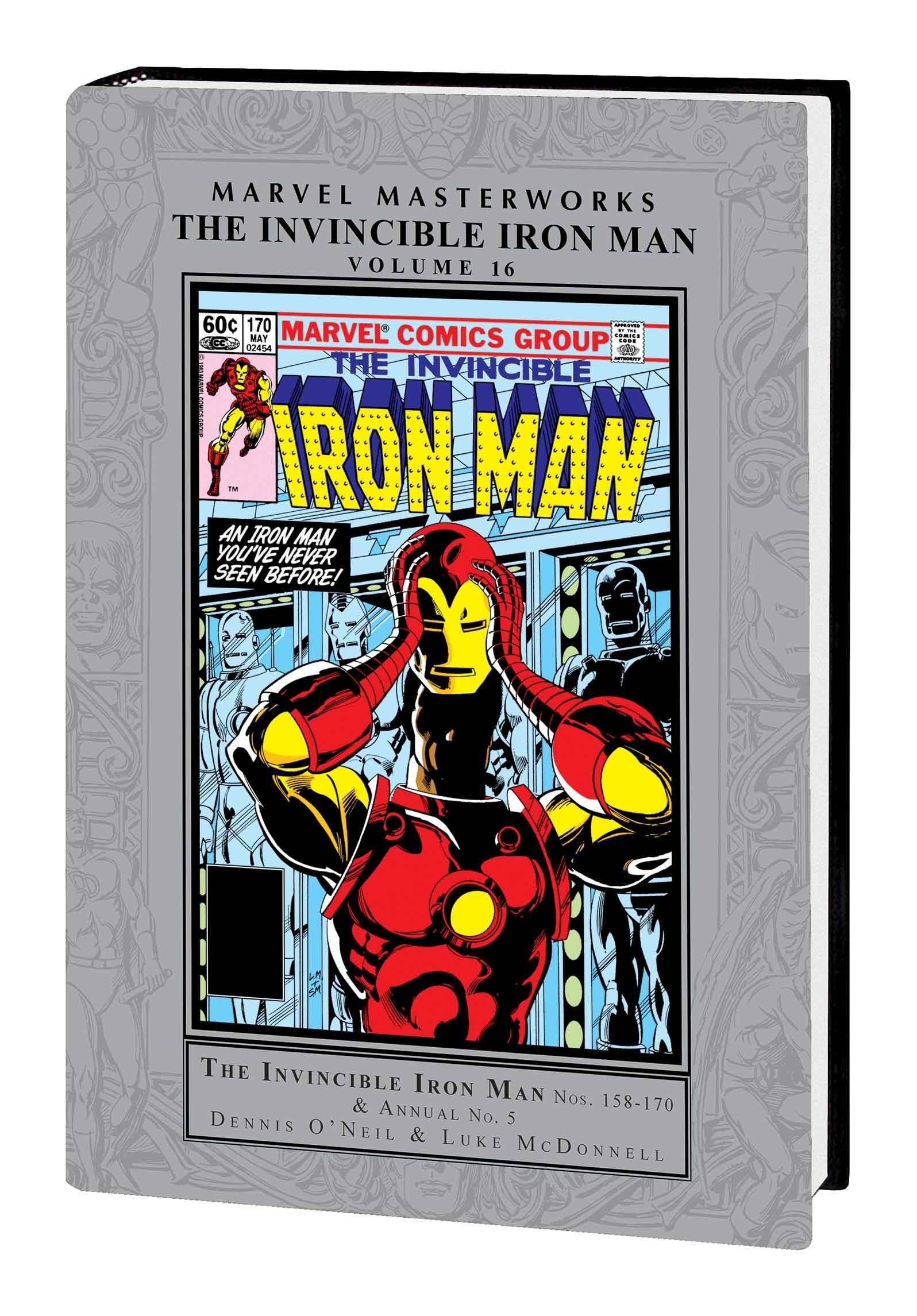 #
AUG220983
(W) Dennis O'Neil, Various (A) Various (A/CA) Luke McDonnell
Tony Stark is living proof that even good looks, lots of money and world-class technical genius can't guarantee that life's a breeze! With new writer Dennis O'Neil at the helm, Iron Man faces a gauntlet of villains including Diablo and the Serpent Squad. And he'll need Moon Knight's help to defeat A.I.M.! Then Obadiah Stane lures Iron Man into a real-life game of chess that could destroy Stark International! With the pressure mounting and still struggling with the demons of alcoholism, Tony Stark transfers the mantle of Iron Man to Jim Rhodes! Prepare for one of the most influential stories in Iron Man history! Also featuring an Annual adventure co-starring the Black Panther that takes Iron Man to Wakanda! Collecting IRON MAN (1968) #158-170 and ANNUAL #5 and material from MARVEL FANFARE (1982) #4.
Rated T
In Shops: Feb 15, 2023
SRP: $75.00
View All Items In This Series
PREORDER SUBSCRIBE WISH LIST