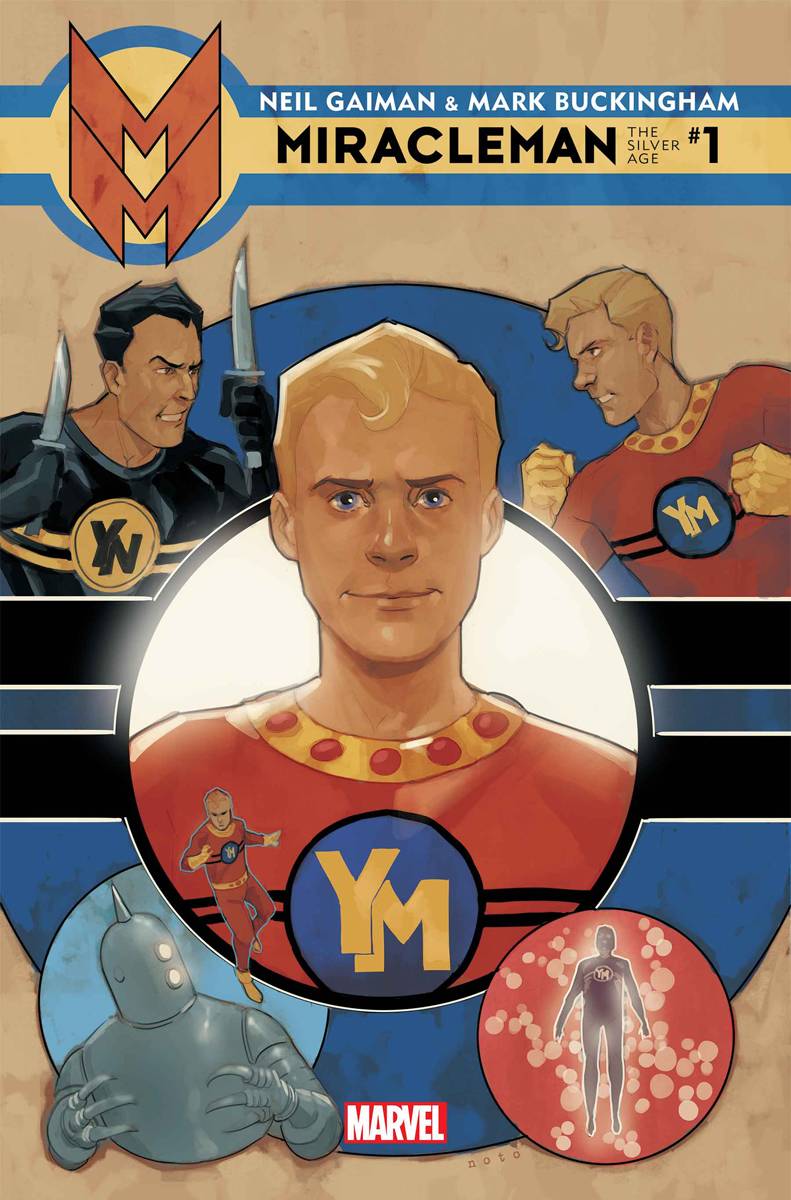 #
AUG220749
(W) Neil Gaiman (A) Mark Buckingham (CA) Phil Noto
Neil Gaiman and Mark Buckingham's unfinished storyline "The Silver Age" begins! Young Miracleman - the lost member of the Miracleman Family - is back! His last memories were of a 1963 world of joy and innocence. Now, he's been thrust into the 21st century, where his best friends have become gods and monsters. Remastered with stunning new artwork by Mark Buckingham! Including material originally presented in MIRACLEMAN (1985) #23, plus bonus content.
Mature
In Shops: Oct 19, 2022
SRP: $4.99
View All Items In This Series
ORDER SUBSCRIBE WISH LIST