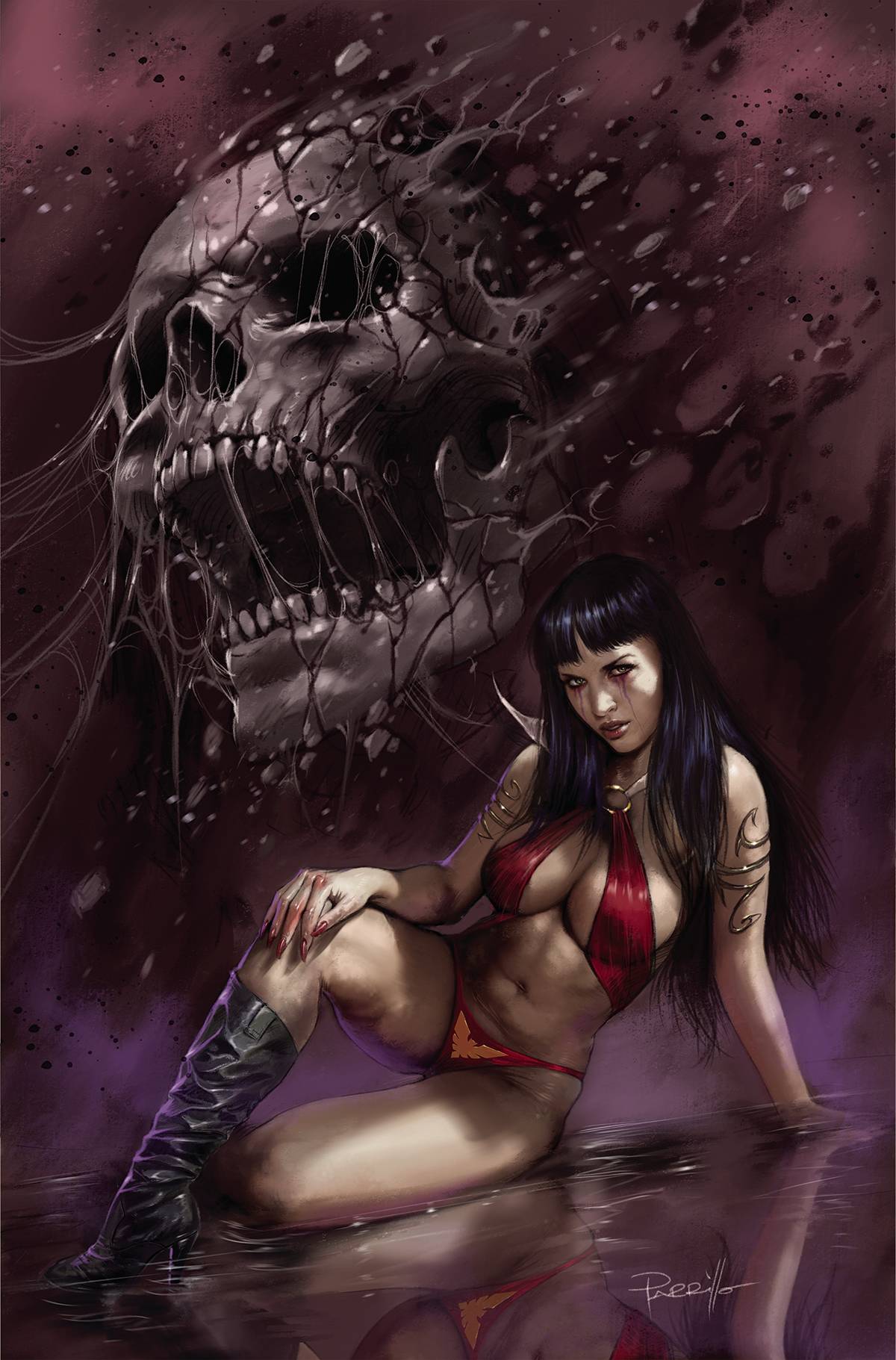 #
AUG220686
(W) Tom Sniegoski (A) Jonathan Lau (CA) Lucio Parrillo
Having fulfilled her role in Vengeance, Vampirella is now posed to Strike in an all-new series arising from the post-apocalyptic ashes of Dynamite's
Vengeance of Vampirella series!
It has been fifteen years since the death of Mistress Nyx and the world in slowly recovering, but this isn't a world that we've ever seen before.  This is a world where the natural, and the supernatural have merged to create a dangerous new place - a world very much in need of Vampirella.
Whispers on the street of Sepulcher City talk of evil on the rise.  The Cult of Chao is up to something big - but what? A secret meeting of the Cult's highest ranking officials is about to occur in a Romanian castle where their plans will be revealed, a meeting that Vampirella must attend - but how?  The answer to this question is revealed in the pulse pounding, first issue of this latest Vampirella Strikes story arc.
Enter the world of Vampirella Strikes under a series of amazing artist by returning superstars Lucio Parillo, Stephen Segovia, Jung-Geun Yoon, and another stunning cosplay cover - featuring Ireland as Vampirella!
In Shops: Oct 26, 2022
SRP: $50.00
View All Items In This Series
ORDER SUBSCRIBE WISH LIST