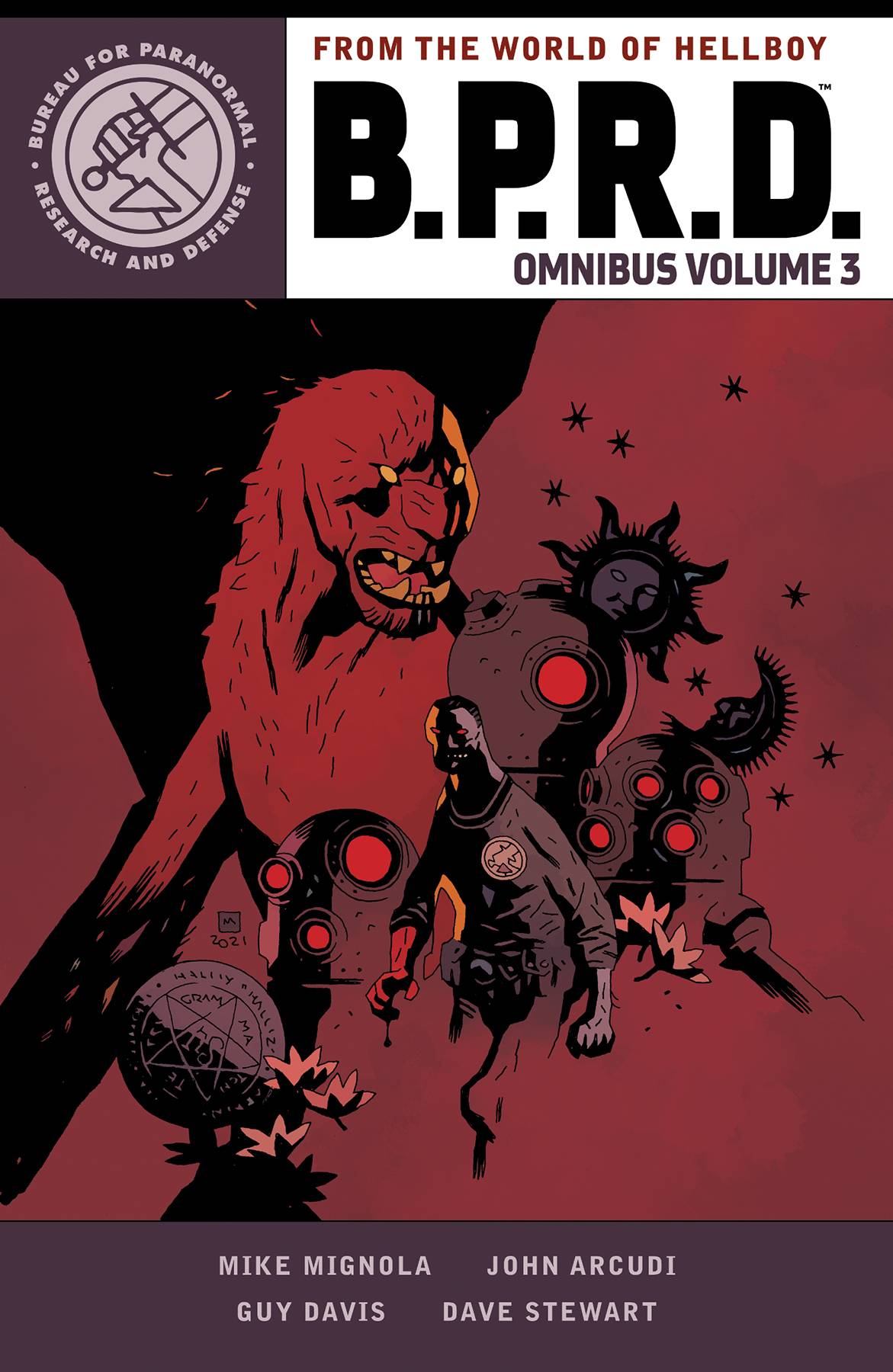 #
AUG220395
(W) Mike Mignola, John Arcudi (A) Guy Davis (CA) Mike Mignola
In 2001, Hellboy quit the B.P.R.D., leaving its roster of special agents to defend the world from any occult threats, and the growing menace of the frog army. Now their adventures are collected in one continuous saga, following the exploits of Abe Sapien, Liz Sherman, Roger the Homunculus, Johann Kraus, Kate Corrigan, Ashley Strode, and many more from the war on frogs through the end of Ragna Rok. The end of the world looms even closer in this third volume and the B.P.R.D. struggles to put a stop to it.

Join Hellboy creator Mike Mignola and a slew of talented writers and artists as they bring you the main collection of B.P.R.D. stories in a single series of ten volumes. Collects BPRD Plague of Frogs volume 3.
In Shops: Dec 21, 2022
SRP: $29.99
View All Items In This Series
ORDER SUBSCRIBE WISH LIST