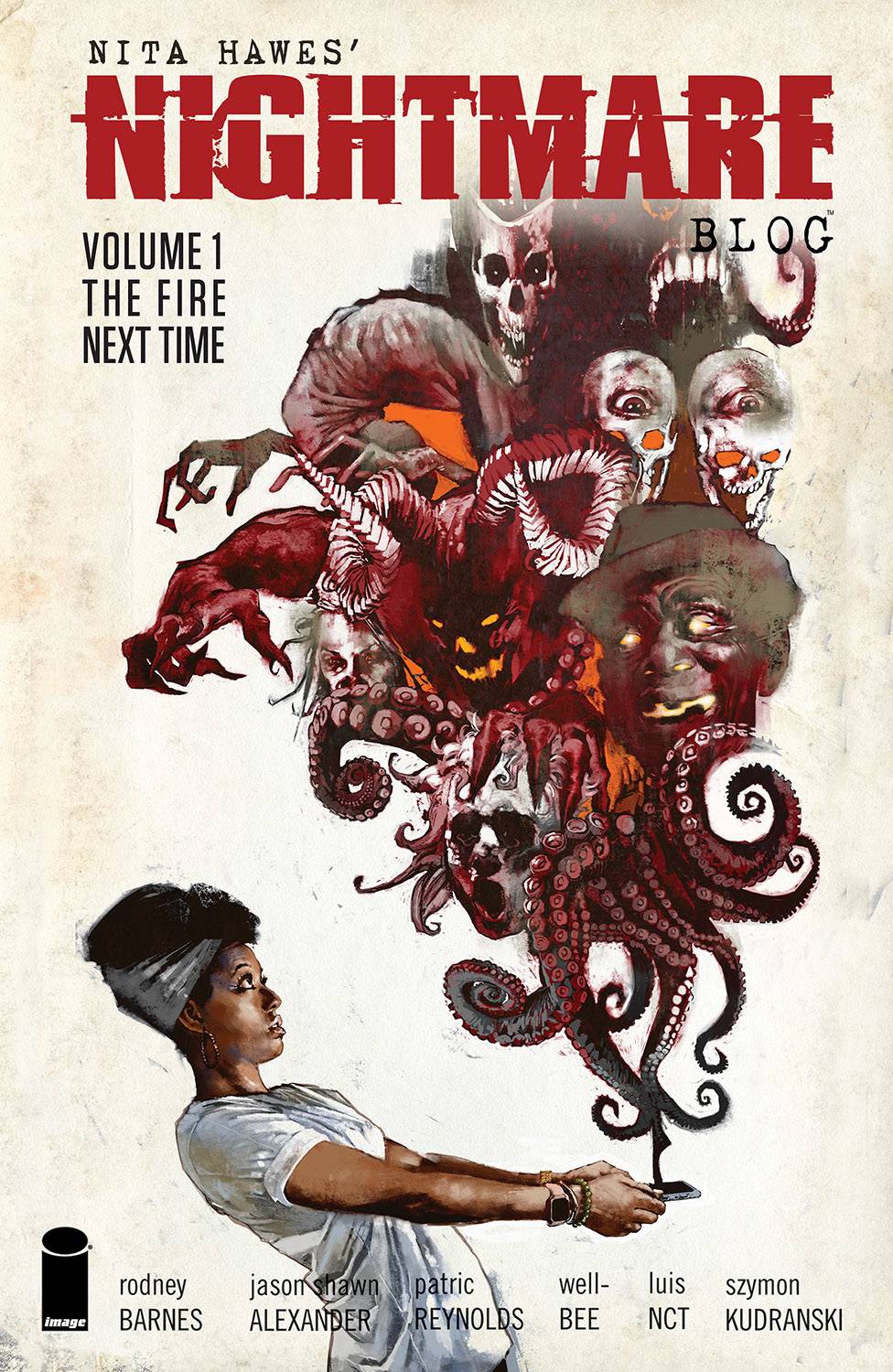 #
AUG220153
(W) Rodney Barnes (A) Szymon Kudranski, Well-Bee, Patric Reynolds (A/CA) Jason Shawn Alexander
From the team of Image's Eisner-nominated series KILLADELPHIA comes a terrifying new horror series created by acclaimed Marvel writer Rodney Barnes and fan-favorite SPAWN artist Jason Shawn Alexander.
Untold evil lurks the streets of Baltimore, Maryland as the demon Corson surfaces from the underworld to possess a man-once-wronged... and his vengeance will come at humanity's despair! As Gods and Demons clash, humanity's fate hangs in the balance! But paranormal investigator Nita Haweswoman with demons of her ownset out on a quest to root out the evil from her city. Guided by the ghost of her dead brother, she must come to terms with her own past, else she become a victim herself and join her brother in a state worse than death!
Collects NITA HAWES NIGHTMARE BLOG #1-6
In Shops: Sep 21, 2022
SRP: $9.99
View All Items In This Series
PREORDER SUBSCRIBE WISH LIST