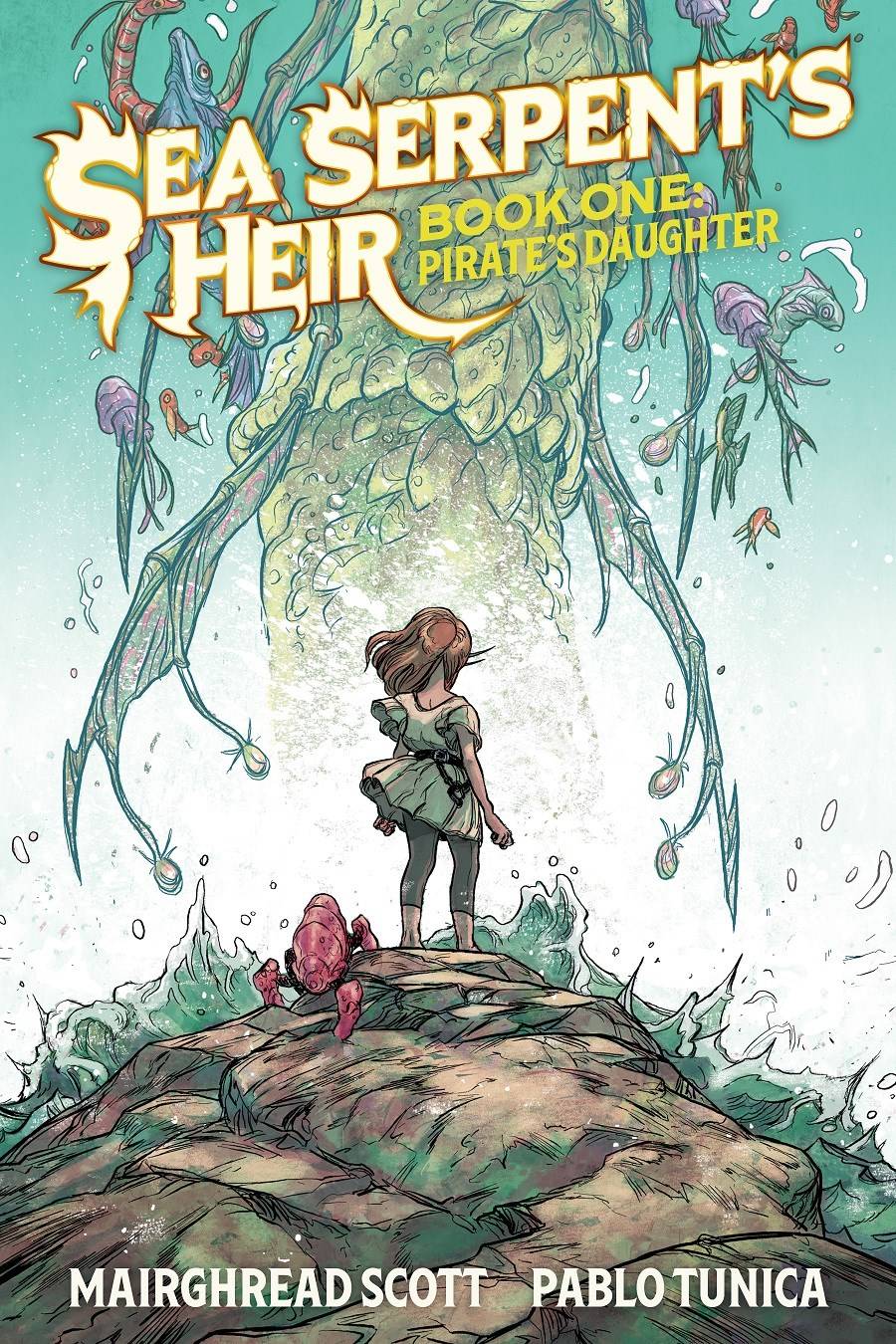 #
AUG220118
(W) Mairghread Scott (A/CA) Pablo Tunica
For teenage Aella, growing up is hard. Even harder when you find out that you're the reincarnation of an ancient sea serpent that's destined to destroy the world, in a graphic novel trilogy from acclaimed creators Mairghread Scott and Pablo Tunica.
THE END OF THE WORLD IS COMING.
For Aella, life on Kinamen Isle is one of boredom. Spending her days fishing and minding her aunts, she dreams of life beyond the horizon.
Everything changes, however, when she awakens an ancient evil within herself as it's revealed that she's the reincarnation of Xir, the serpent that almost destroyed the world. Worse yet, a fanatical religious organization has arrived on Kinamen Isle in search of Xir.
As Aella is forced to fight for her life, she'll discover that her entire world is not what it seems. Her aunts know more than they let on and what exactly does the infamous Pirate Queen want with Aella?
From the team of Mairghread Scott (Star Wars: Resistance, Guardians of the Galaxy) and Pablo Tunica (TMNT Universe) comes an extraordinary tale of growing up and changing your fate.