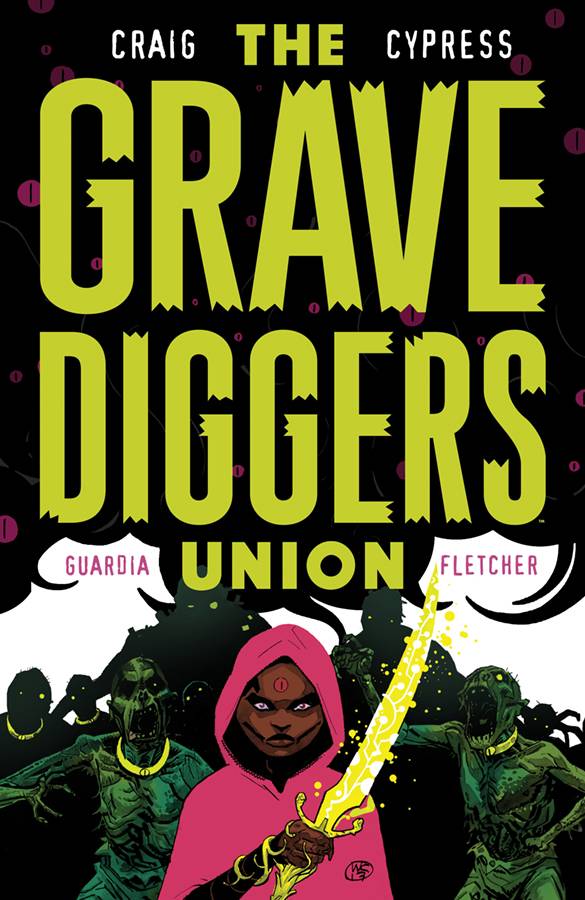 #
AUG220070
(W) Wes Craig (A) Toby Cypress (CA) Wes Craig
Writer WES CRAIG (DEADLY CLASS) and artist TOBY CYPRESS (RETCON) bring their weird horror series to its apocalyptic conclusion! The powerful cult known as the Black Temple wants to unleash ancient dark gods on mankind. The only thing that stands in their way is the Gravediggers Union: Cole, Haley, and Ortiz. At the center of the Black Temple's plan is Cole's estranged daughter Morgan, who's destined to free the dark gods. Now the Gravediggers are in a race against time to rescue a mysterious alien monkey before the Black Temple can destroy it. Before it's over, father and daughter will argue the merits of our species, the secret history of the world will be revealed, and the Gravediggers will make a last stand against the Black Temple's undead horde, for the fate of us all. Collects THE GRAVEDIGGERS UNION #6-9.
In Shops: Sep 14, 2022
SRP: $16.99
View All Items In This Series
PREORDER WISH LIST