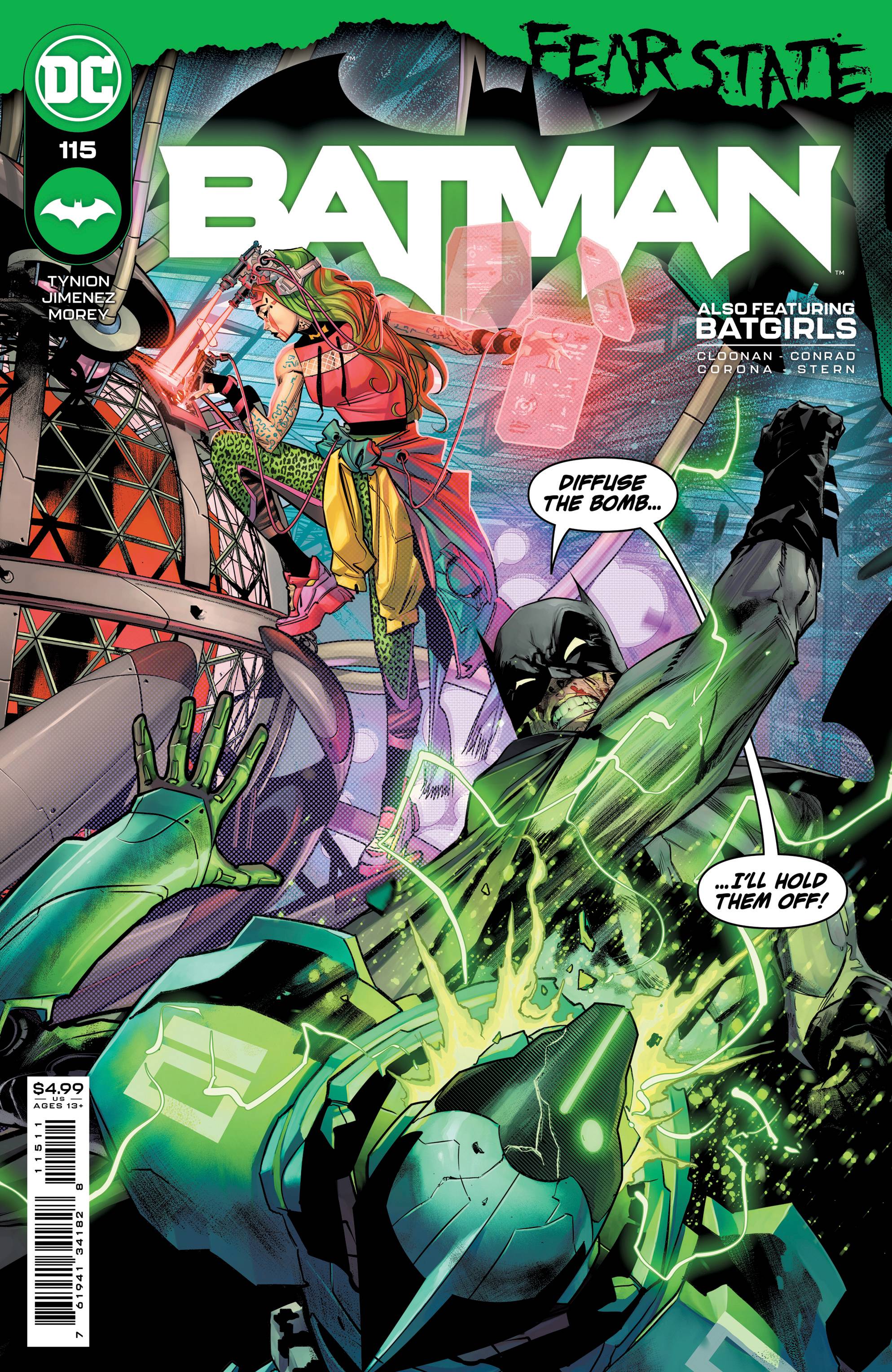 #
AUG217006
(W) James TynionIV, Becky Cloonan (A) Jorge Jimenez, Jorge Corona, Bengal
Batman and Miracle Molly are all that stands between Gotham City and absolute insanity! But an unhinged Simon Saint brings all the resources of the Magistrate to bear on the Dark Knight...is victory at hand for the Scarecrow?
Back-Up: Batgirls Cassandra Cain and Stephanie Brown have each other's backs no matter what-even if it means punching some Magistrate soldier butt, and putting an even bigger target on their backs. Meanwhile, a mysterious Anti-Oracle character finally makes contact directly with Babs and has a few things to say about the unethical nature of Oracle's powers, and what they think should be done about it.
In Shops: Oct 19, 2021
SRP: $4.99
View All Items In This Series
ORDER SUBSCRIBE WISH LIST