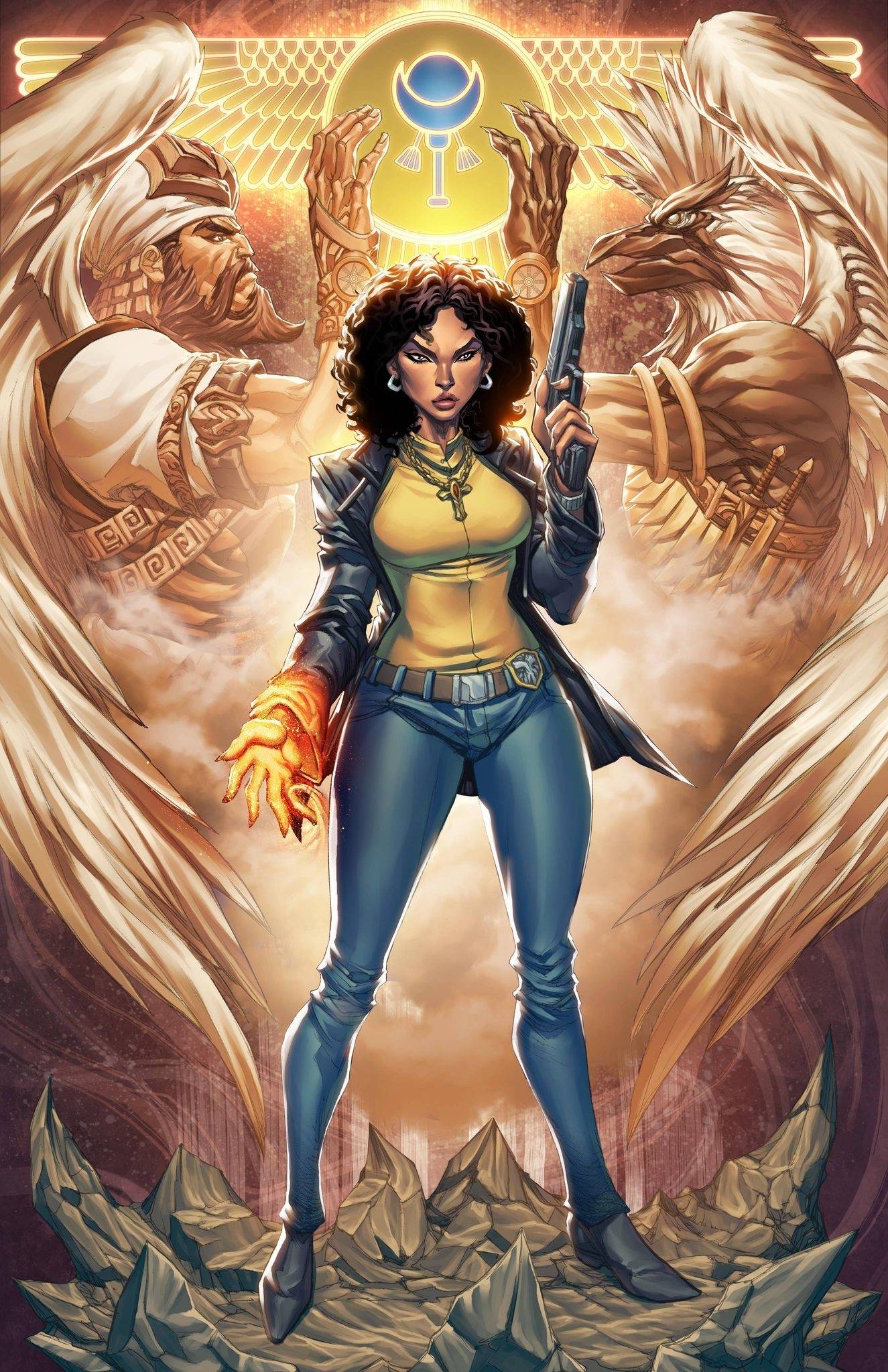 #
AUG212177
(W) Kevin Grevioux (CA) Paolo Pantalena
36 Pages of Content!
Things couldn't be worse for Tamara Brazile.  A highly decorated and venerable police detective with almost fifteen years of experience on the job, her world comes crashing down around her when her husband is murdered at the hands of a serial killer she had been pursuing.  And to make matters worse, she is diagnosed with Stage IV for breast cancer before she has a chance to bring the killer to justice.  But as fate would have it, she is given a second chance at life when she discovers that she is a descendant of an ancient race of DJINN (genies), with the power to cure herself and others.  However, there is a catch:  She can only keep the power so long as she aids a pair of evil djinn bring an ancient djinn named Arghan back to life to aid them in a coming war amongst the other djinn of the world.
A war which could usher in an age of misery and strife for mankind.