HP LOVECRAFT BEYOND THE WALL OF SLEEP GN 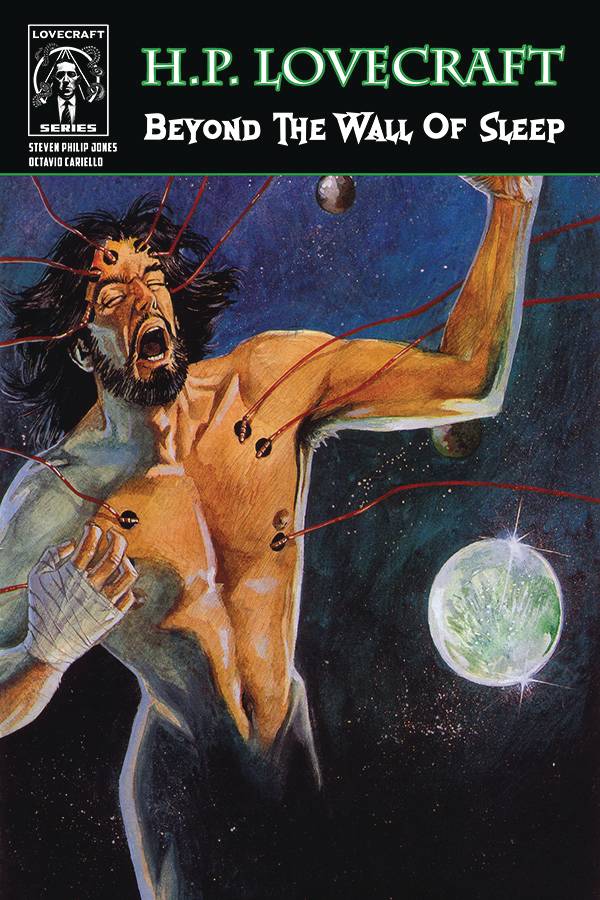 #
AUG211678
(W) H. P. Lovecraft, Steve Philip Jones (A) Wayne Reid (A/CA) Octavio Cariello
Denys Barry is strongly convinced that telepathy is possible and his clinical research at the Oakdale Institute supports his hypothesis. But Barry's research is jeopardized after he suffers a violent seizure in which he seems to sputter "cosmic" nonsense. Soon after Barry discovers that a criminal patient named Joe Slaader was admitted into Oakdale at the same as Barry's outburst. Barry is convinced his mind somehow tapped into Slaader's delusion. And he will now skirt theoretical metaphysical laws to try to tap into that criminal's mind again.
In Shops: Oct 06, 2021
SRP: $9.99
ORDER WISH LIST