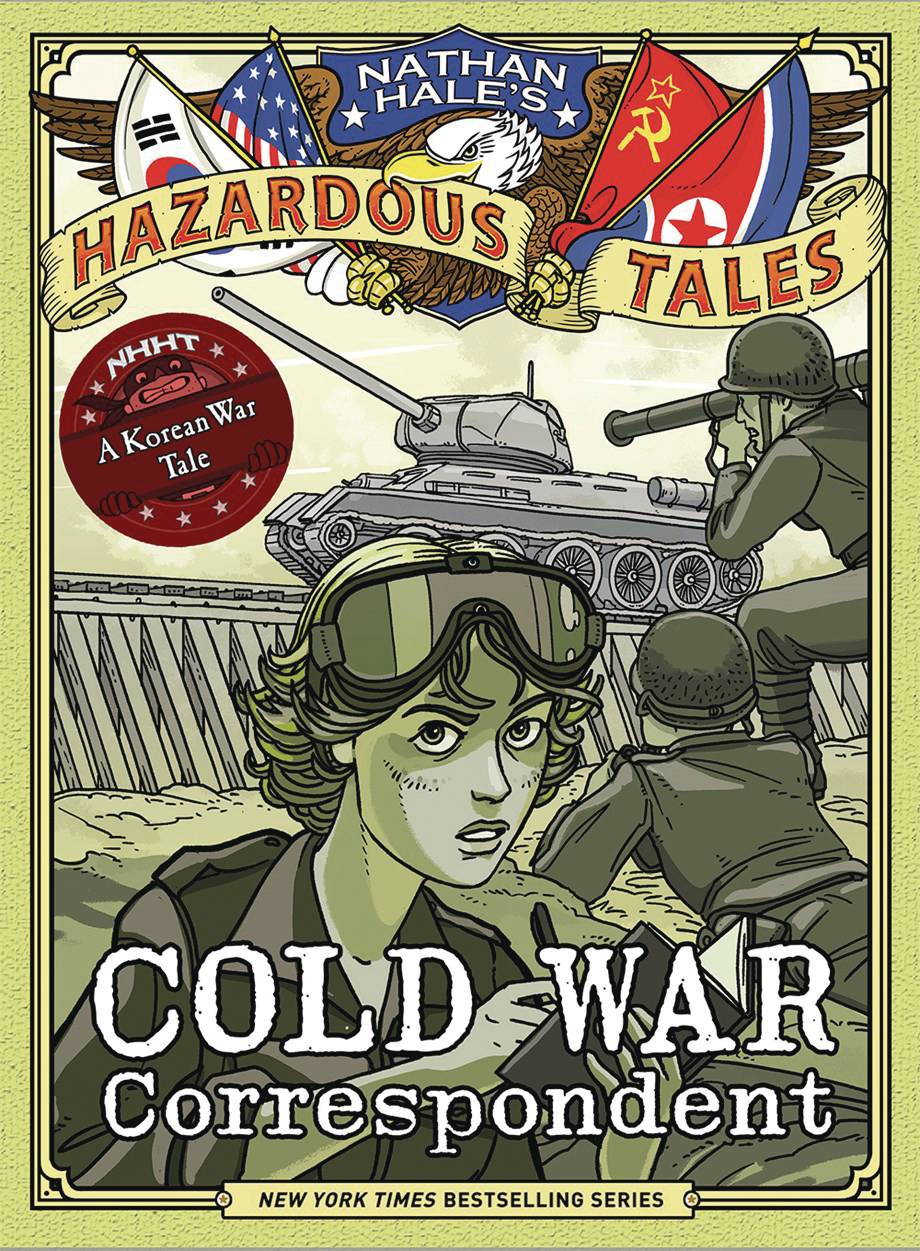 #
AUG211471
(W) Nathan Hale (A/CA) Nathan Hale
In 1950, Marguerite Higgins (1920-1966) was made bureau chief of the Far East Asia desk for the New York Herald Tribune. Tensions were high on the Korean peninsula, where a border drawn after WWII split the country into North and South. When the North Korean army crossed the border with Soviet tanks, it was war. Marguerite was there when the Communists captured Seoul. Her eyewitness account of the invasion was a newspaper smash hit. She risked her life in one dangerous situation after another, all for the sake of good story.
In Shops: Oct 27, 2021
SRP: $14.99
View All Items In This Series
ORDER SUBSCRIBE WISH LIST