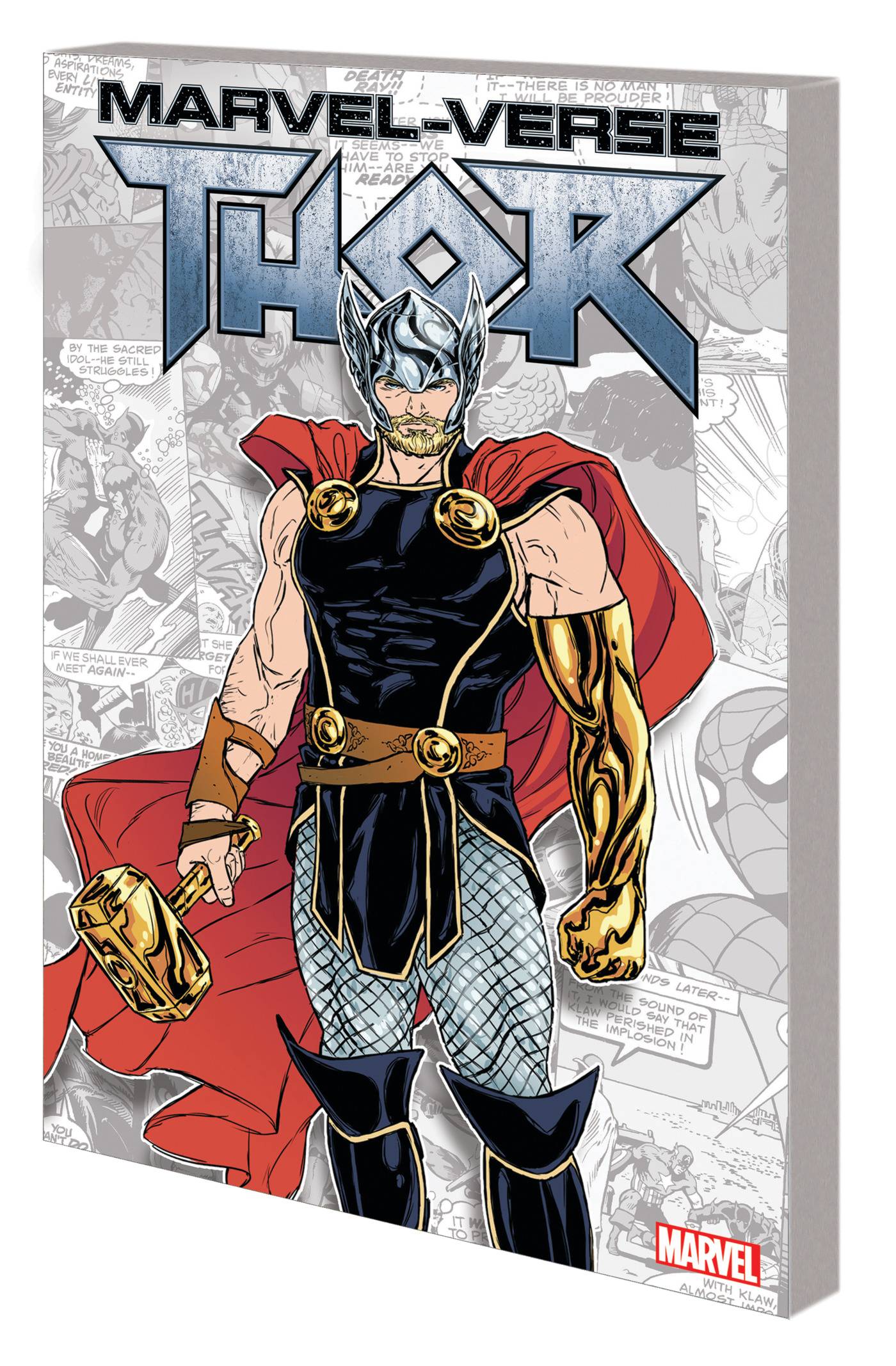 #
AUG211310
(W) Roger Langridge, More (A) Chris Samnee, More (CA) Russell Dauterman
In Asgard, Midgard and all of the Marvel-Verse, no hero is mightier than Thor, God of Thunder - and these are the tales that prove him worthy! Banished to
Earth by his father Odin, Thor starts a new life, meeting fascinating people like Jane Foster - and battling fearsome foes like Mr. Hyde! Then, as his friendship
with Sif and the Warriors Three hangs in the balance of a mystical force, Thor must resist temptation to save his fellow Asgardians! After tragedy strikes, the
Thunder God flies into combat against Frost Giants and the gargantuan Ymir! And what will happen when Odin puts feuding brothers Thor and Loki to the test?
Collecting THOR THE MIGHTY AVENGER #1-2, MARVEL ADVENTURES SUPER HEROES (2008) #7, THOR: CROWN OF FOOLS, THOR: WHERE WALK THE FROST
GIANTS and material from MARVEL ADVENTURES SUPER HEROES (2010) #19.