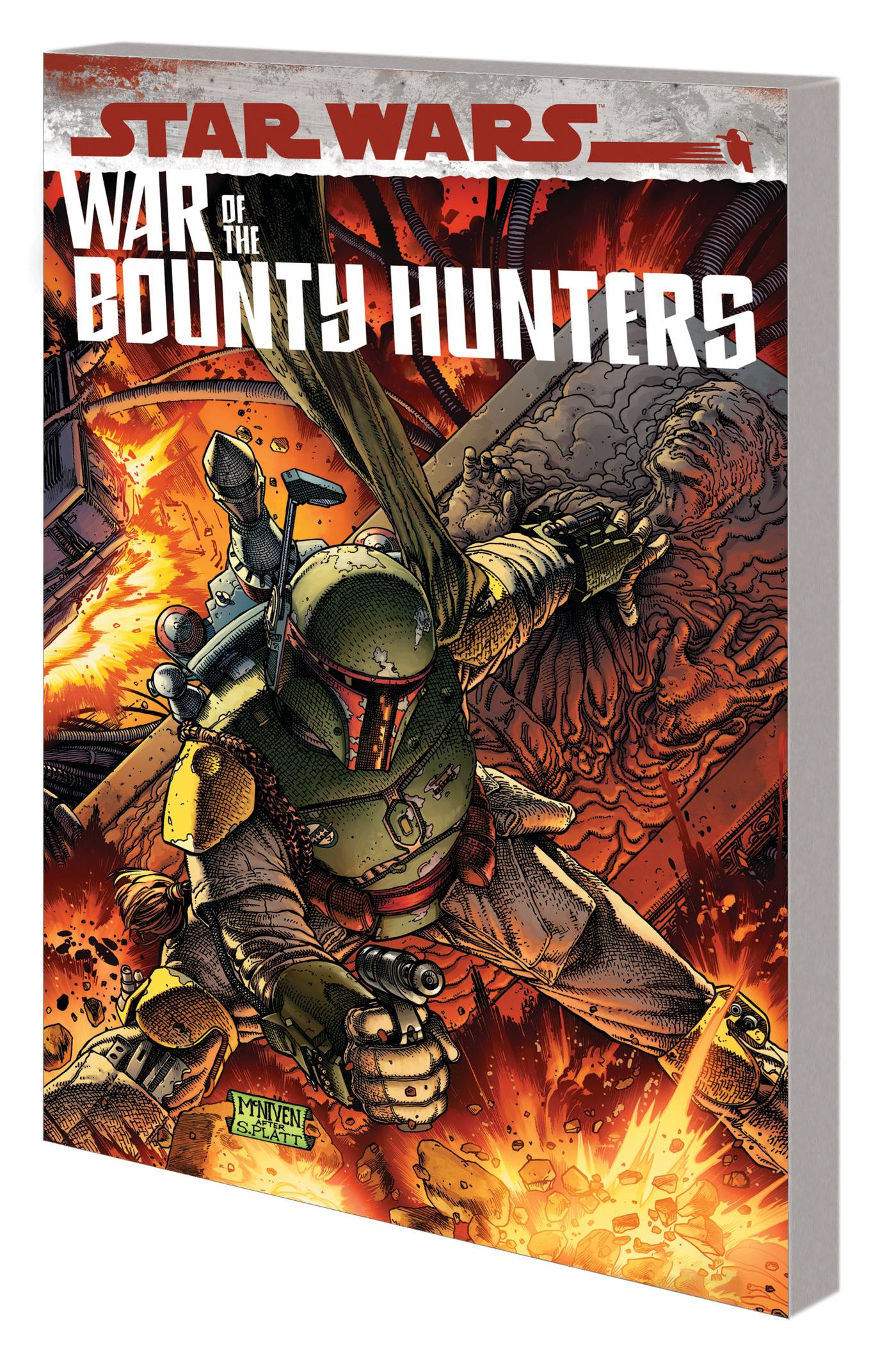 #
AUG211291
(W) Charles Soule (A) Luke Ross (A/CA) Steve McNiven
The Star Wars comic event you've been waiting for! The notorious bounty hunter Boba Fett has finally landed his greatest prize - Han Solo, frozen in carbonite for easy transport. Fett will bring the smuggler to Tatooine to collect the massive bounty placed on Solo's head by the fearsome crime lord Jabba the Hutt. There's just one problem standing between Fett and the payday...and it's a big one. But Fett will stop at nothing to get the job done! Prepare for a mind-blowing, space-shattering epic event like no other! Featuring the return of the criminal Crimson Dawn, plus Darth Vader, Luke Skywalker, Leia Organa, Valance, Doctor Aphra and the Hutts, all vying for the ultimate prize - with Boba Fett stuck in the middle! Collecting STAR WARS: WAR OF THE BOUNTY HUNTERS ALPHA and STAR WARS: WAR OF THE BOUNTY HUNTERS #1-5.