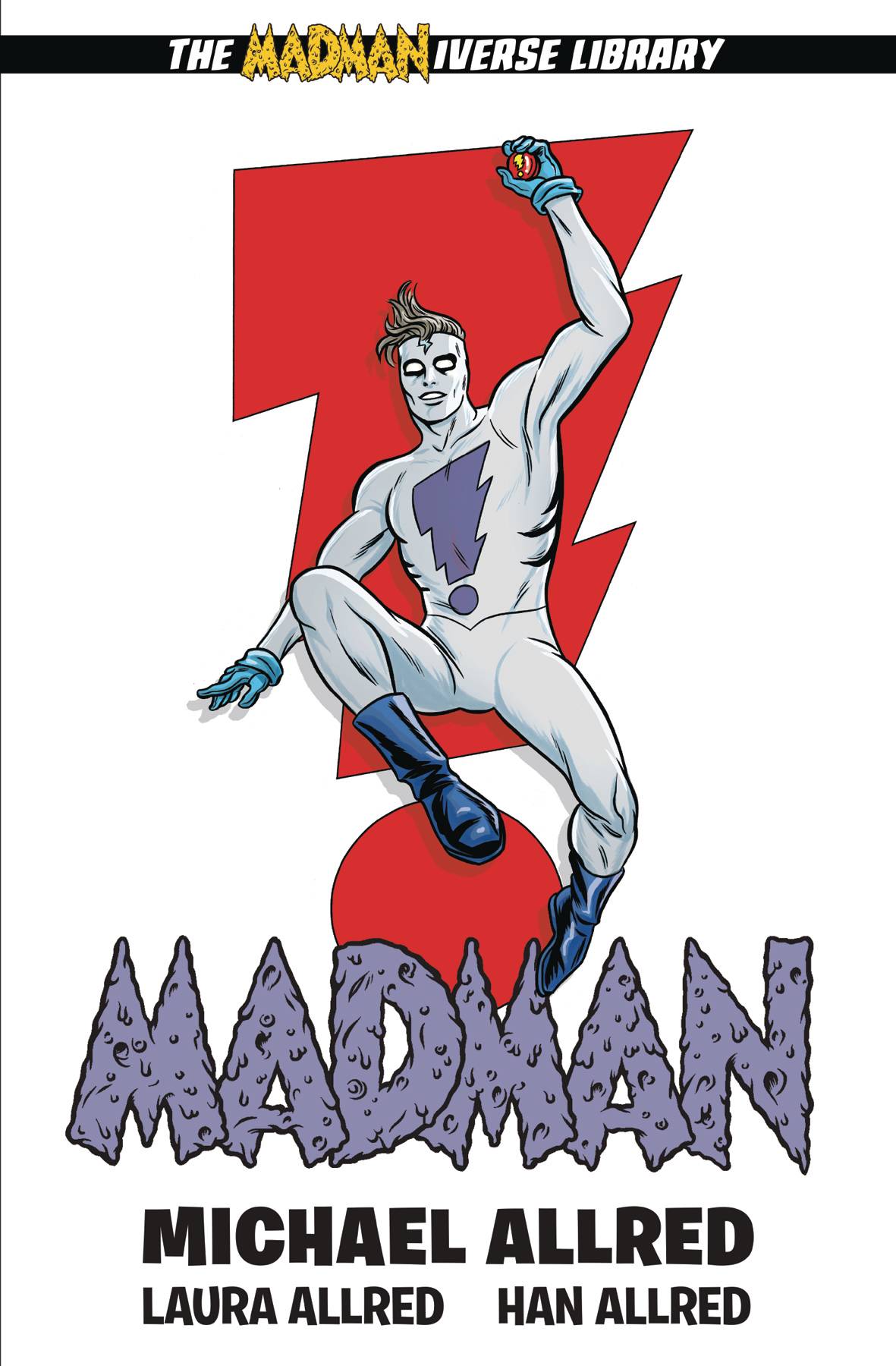 #
AUG210318
(W) Michael Allred (A/CA) Michael Allred
From Madman's first appearance through his mysterious origins to his adventures throughout time, space, and pop-art absurdity; follow Frank Einstein's superhero alter ego Madman as he adventures through Snap City and encounters many timeless characters  and villains in this true homage to superhero fiction, metaphysical philosophy, 1950s science-fiction films, pop music, and much more in this true humorous and heartfelt comic-book classic!
The Madman universe library edition series collects all of Allred's award-winning Madman comics (a.k.a. the "Madmaniverse") in selected reading order for the ultimate Madman fan! This 680-page volume collects Madman's adventures from 1990 to 1996, reprinting "For the Record," Madman (original series) #1-#3, Madman Adventures #1-#3, and Madman Comics #1-#10, bonus pinups by some of comics' greatest talent like Frank Miller, Jack Kirby, Moebius, and more; and featuring THEY!- Allred's never-before-published first effort to make comics!
In Shops: Sep 29, 2021
SRP: $99.99
View All Items In This Series
PREORDER SUBSCRIBE WISH LIST