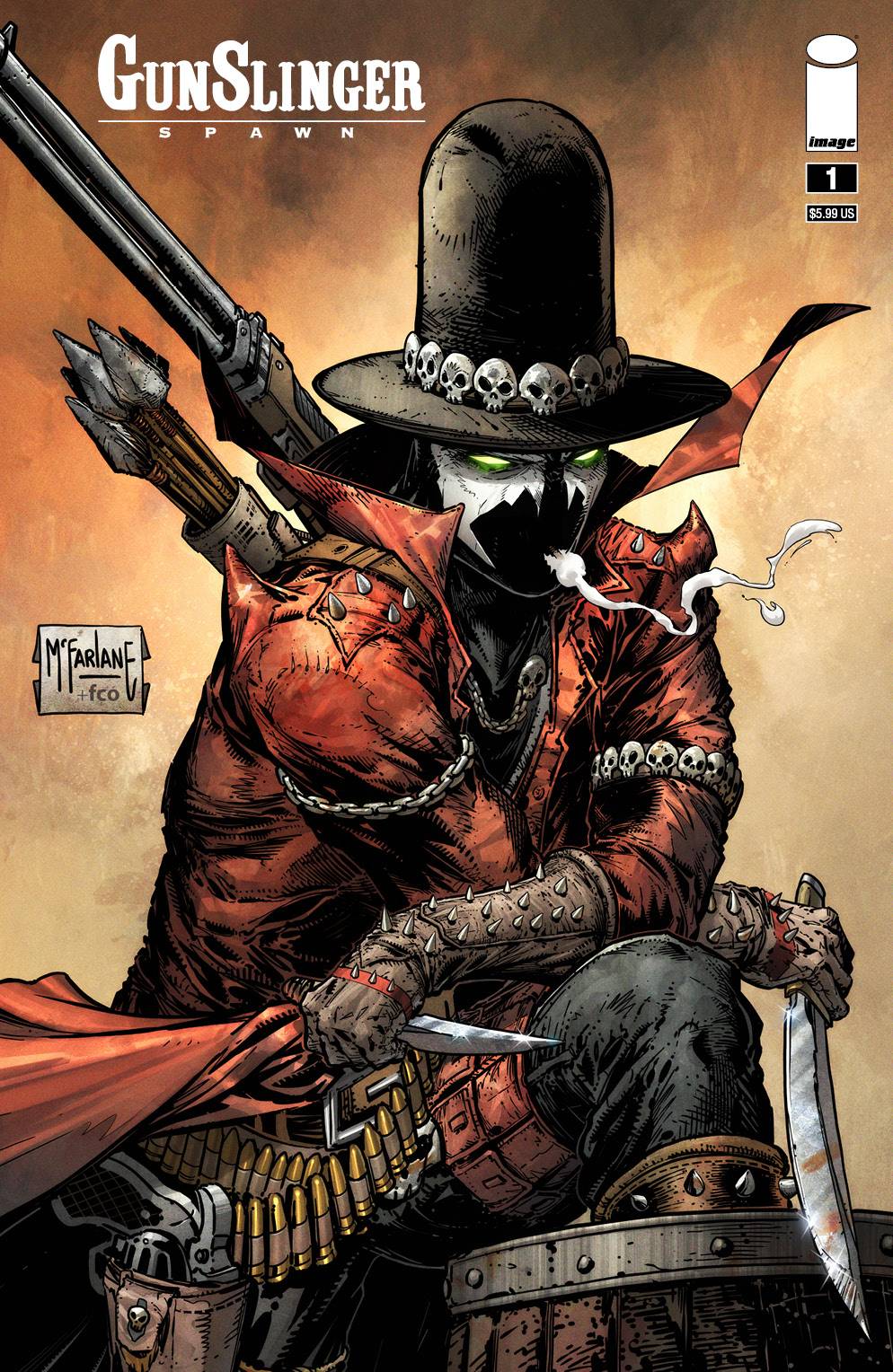 #
AUG210014
(W) Todd McFarlane, Ales Kot (A) Brett Booth, Philip Tan, Kevin Keane (CA) Todd McFarlane
Introducing the launch of the second new monthly title spinning out of the SPAWN UNIVERSE, with one of the most popular characters in the entire SPAWN mythology! This book contains three
separate GUNSLINGER stories, each taking a look at his journey through time - from the wild, wild west to the 21st century.

Will his 200-year-old past come back to haunt him as he navigates the strange world of 2021? Get ready for the past and present to collide in this new ongoing title!
In Shops: Oct 20, 2021
SRP: $5.99
View All Items In This Series
ORDER SUBSCRIBE WISH LIST