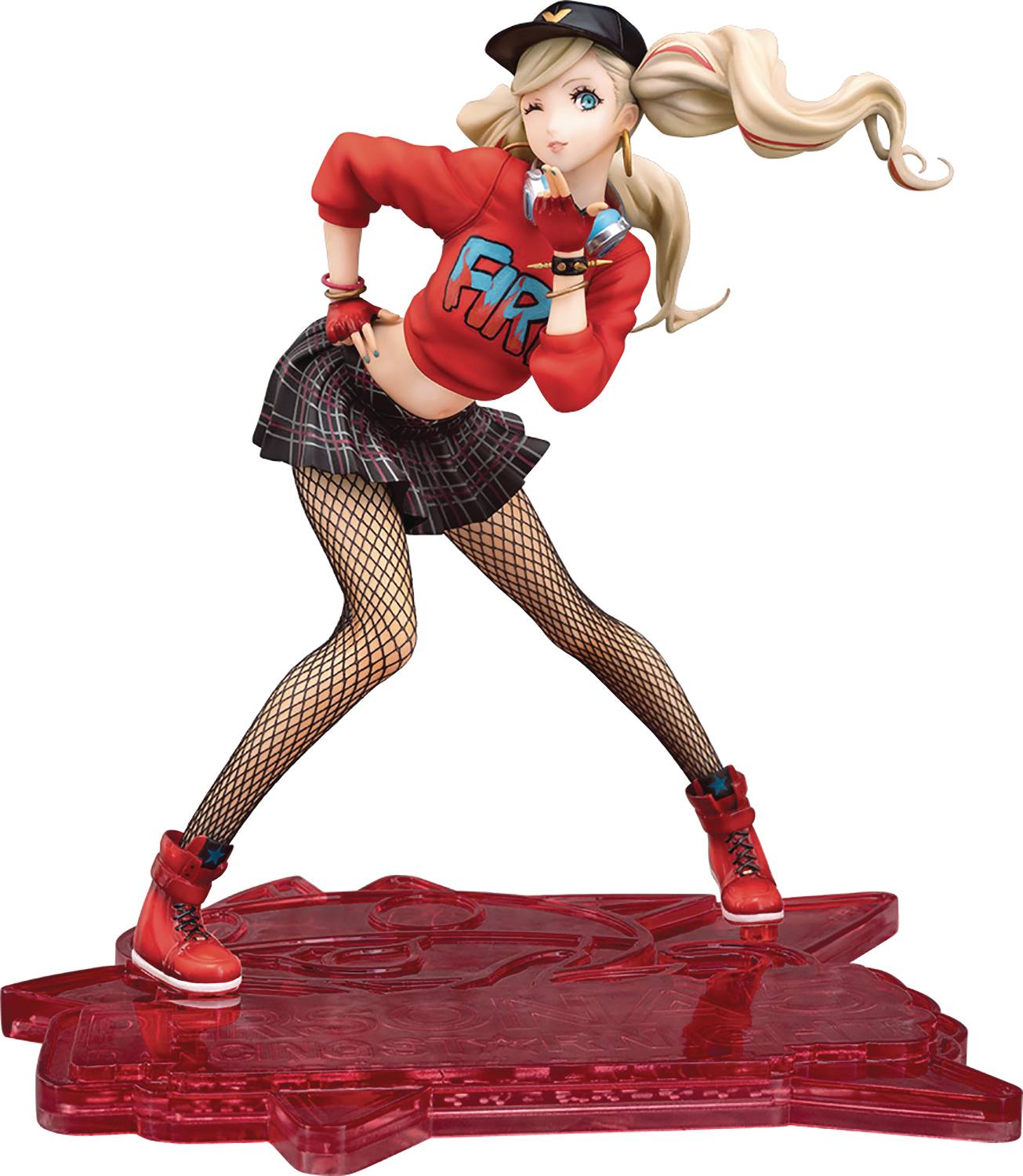 # # # # #
AUG208893
From Phat! From the Persona series rhythm game Persona 5: Dancing in Starlight comes a scale figure of Ann Takamaki! She's been recreated in a winking pose in her Ball Stage Outfit based on the game's key visual. Her tights feature a real net material for a realistic appearance, and her hat can be removed for a different display option. A stylish base featuring the game's logo is also included.