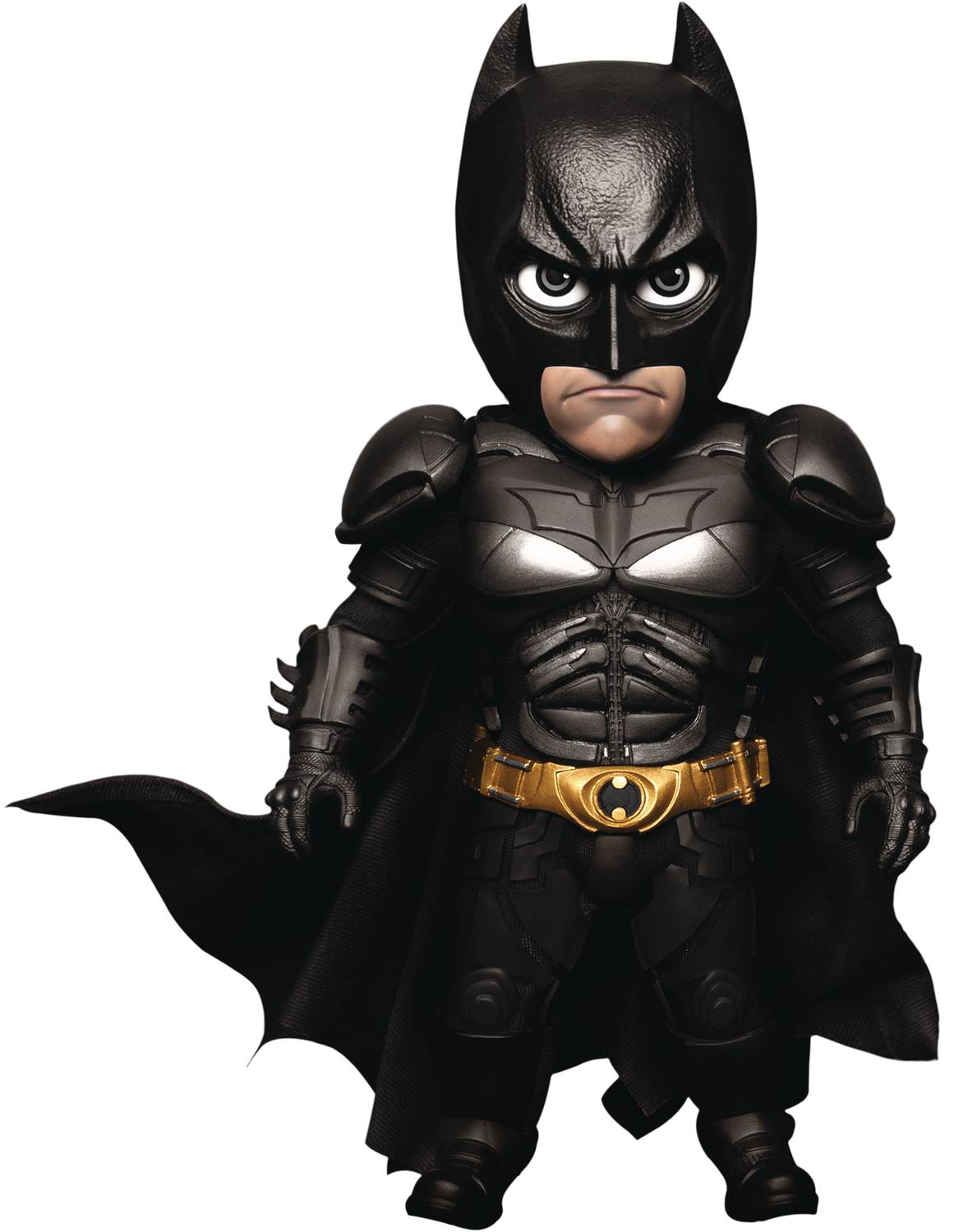 # # # # #
AUG208135
From Beast Kingdom. Beast Kingdom is back once again with the latest EAA 6-inch action figure: The Dark Knight Batman Deluxe Edition! Based on the portrayal of the Dark Knight by Christian Bale, the high-tech armor has been perfectly translated into the EAA highly articulated action figure range. Using high-quality painting techniques the, black matte PVC suit and real cloth is accompanied with a selection of Batman's favorite accessories, including a batarang, smoke bomb, pistol and a pulse rifle! In addition, the Deluxe Edition also includes an added Sonar Mode head sculpt with light up eyes, and Batman's cape backpack, plus four pairs of replaceable hands and three interchangeable mouth pieces! Topping off the Deluxe Edition set, is a highly detailed construction site base to show off Batman's dark mood! The incredible range of accessories gives collectors ample way ways to pose the figure!