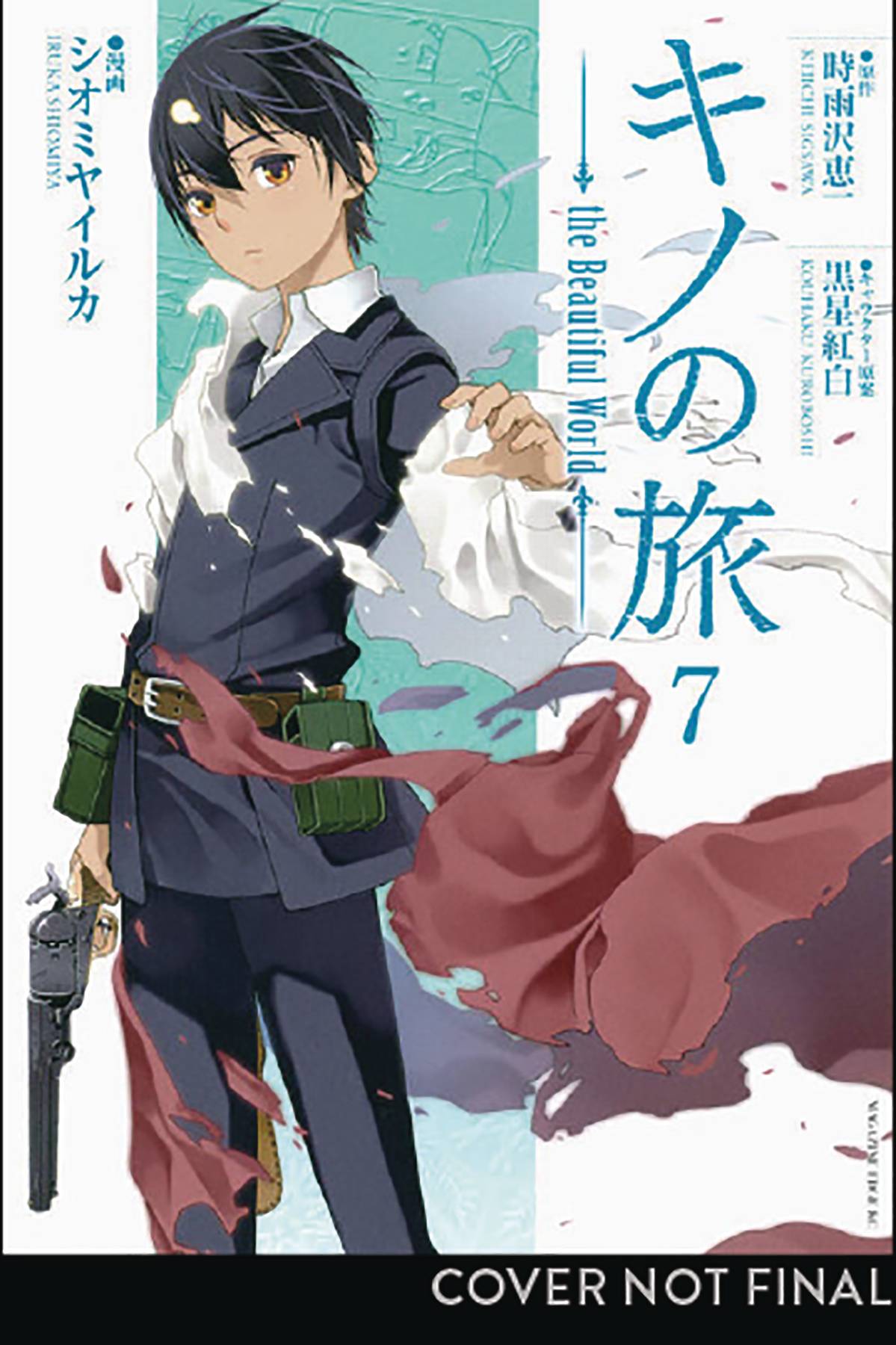 #
AUG201834
(W) Keiichi Sigsawa (A) Iruka Shiomiya
Based on the hit novel series, Kino's Journey now has a beautiful manga adaptation with illustrations by Iruka Shiomiya (Ningen Series).     Kino's Journey is about a character named Kino who travels around the world with a talking motorcycle named Hermes. Together they travel to different countries and meet the inhabitants there. Kino's policy is to only stay three days in every town without exception, saying it's enough time to learn about the each place and moving on to explore the next new place. Major media tie-in: The series started as light novels, the series has been made into manga, anime, films, artbooks and video games. The original anime was first aired in 2003 to great fanfare with DVD selling afterwards. The anime was re-booted in 2017 and currently streaming on Crunchyroll and Funimation.
In Shops: Dec 16, 2020
SRP: $12.95
View All Items In This Series