ARAKAWA UNDER THE BRIDGE GN VOL 08 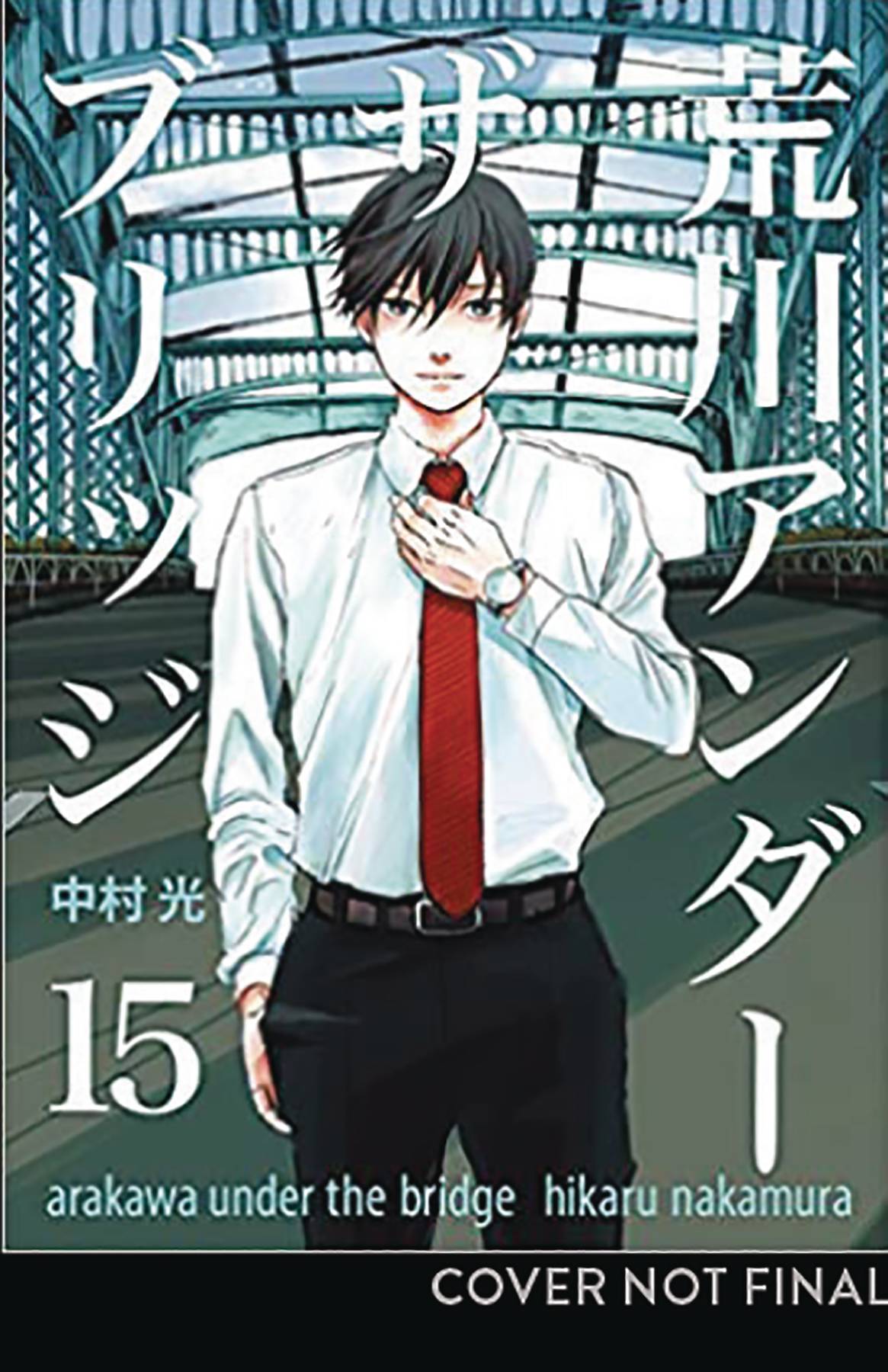 #
AUG201831
(W) Hikaru Nakamura (A/CA) Hikaru Nakamura
Best-selling mangaka Hikaru Nakamura (Saint Young Men) makes her English language debut with this surreal comedy starring a 620-year-old water sprite, a man with a star for a head, a nun, and a samurai who runs a barber shop under Tokyo's Arakawa Bridge. Part 7 contains volumes 13 and 14 of the Japanese edition.     Ichinomiya Kou has always lived according to the creed of his wealthy, successful family: never be in debt to anyone. But one day, after having his pants stolen and hung on the trusses of the Arakawa Bridge by a pack of rogue kids, his life is saved by a homeless girl named Nino. In In order to pay her back, Kou promises to be her boyfriend; and thus begins his new life under the bridge. English Debut from a Best-Seller: Hikaru Nakamura has been a multi-unit seller in Japan for years, making her one of the top ten selling authors in that country in the last ten years. Her comics have inspired a few animated tv series and a pair of movies as well. A proven seller in Asia and Europe, her comics have also been regularly requested in surveys held by Vertical for years now.
In Shops: Nov 18, 2020
SRP: $12.95
View All Items In This Series
ORDER SUBSCRIBE WISH LIST