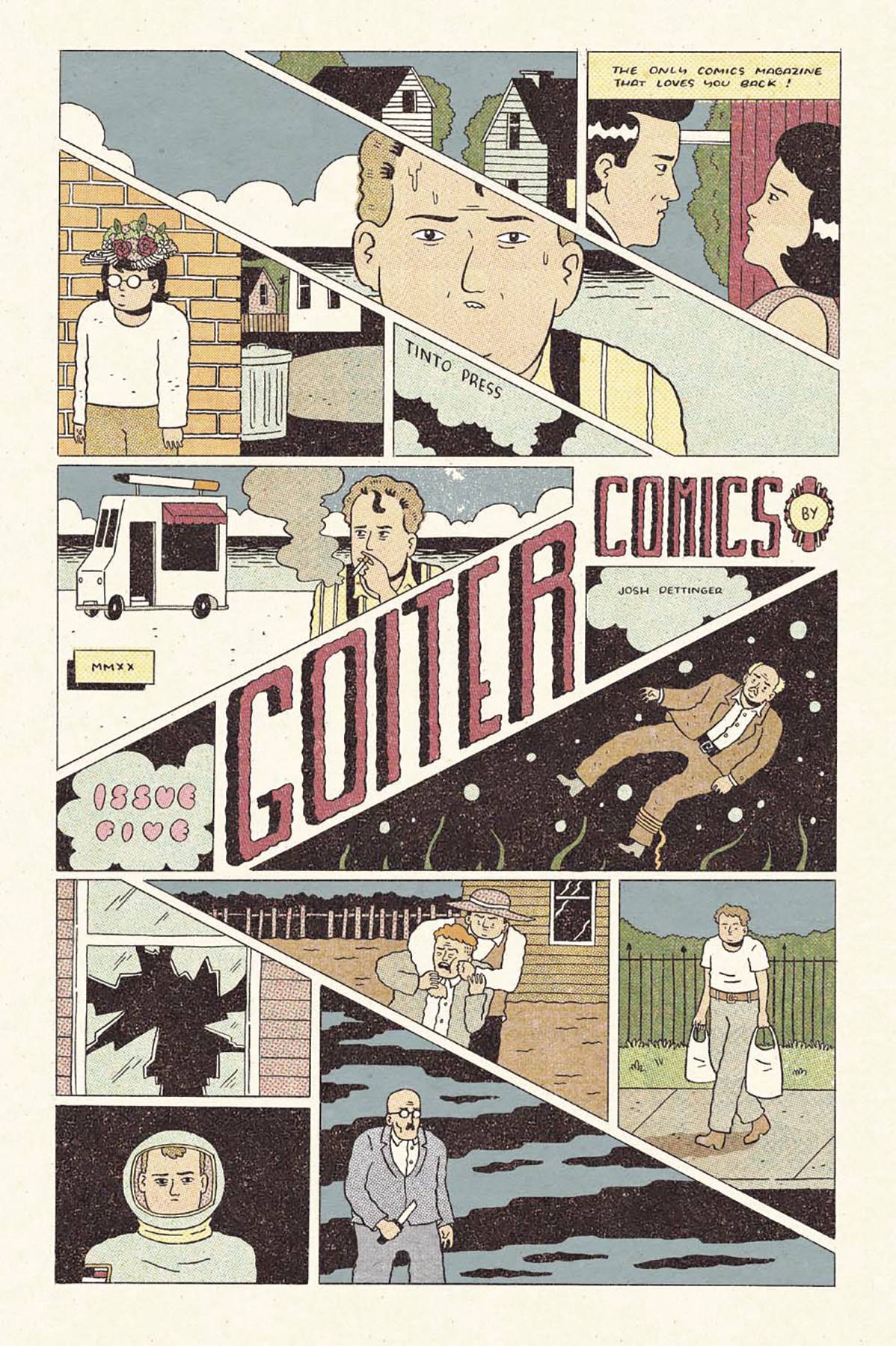 #
AUG201612
(W) Josh Pettinger (A/CA) Josh Pettinger
William Cucumber is having a bad summer. He's lost his crumby job at the beach and has no prospects. His parents are divorcing so he's forced to move out of the house into a tent in the backyard. In an attempt to make money from medical experiments, he inadvertently gets addicted to smoking and develops a nasty rash. Laura is the daughter of his mother's new boyfriend. She's convinced her father is a murderer. Is this true or just another hallucination? Goiter is a quirky, unique, anthology of comics in the spirit of Eightball. Josh is a master at making the ordinary seem weird and uncomfortable as well as funny.
In Shops: Oct 21, 2020
SRP: $5.99
View All Items In This Series