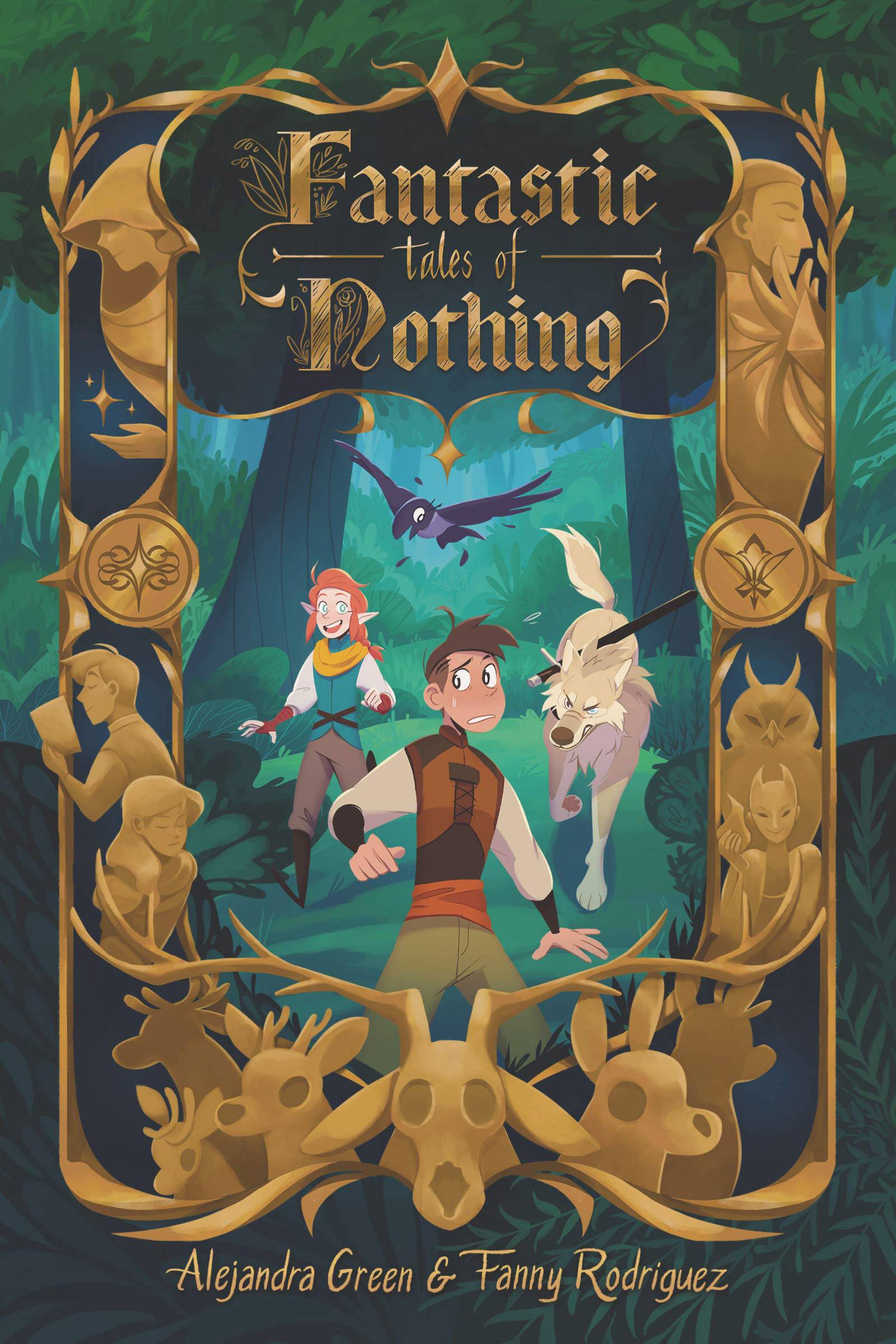 #
AUG201456
(W) Fanny Rodriguez (A) Fanny Rodriguez, Alejandra ?Ale? Green
In the first book of this full-color fantasy graphic novel series filled with humor and hijinks, the fate of the land of Nothing hinges on Nathan and an unlikely team of magical beings to save the day-perfect for fans of Amulet and Estranged.

Welcome to Nothing! Despite its name, this is a fantastic land where humans and magical volken coexist peacefully-at least they try to coexist . . .

This is the tale of Nathan, an ordinary human (or so he thinks) living an ordinary life (or so he wishes). Everything changes when he wakes up in the middle of nowhere and meets Haven, a mysterious creature who is neither human nor volken. Oh, and the two of them are being chased by volken mercenaries-a grumpy wolf named Bardou and a delightful crow named Sina.

Nathan soon learns he has mysterious powers inside him, even though humans aren't supposed to have magic (just Nathan's luck). But there's no time to dwell on that because this discovery sets the group on a perilous quest across windswept terrain, through haunted forests, and in ancient tombs. With the fate of Nothing resting on Nathan's shoulders, he and his unlikely friends must prevent an impending war and defeat a dark evil to save their land. No pressure, of course. If they fail, everything will turn into, well . . . nothing.
In Shops: Nov 18, 2020
SRP: $22.99
View All Items In This Series
ORDER SUBSCRIBE WISH LIST