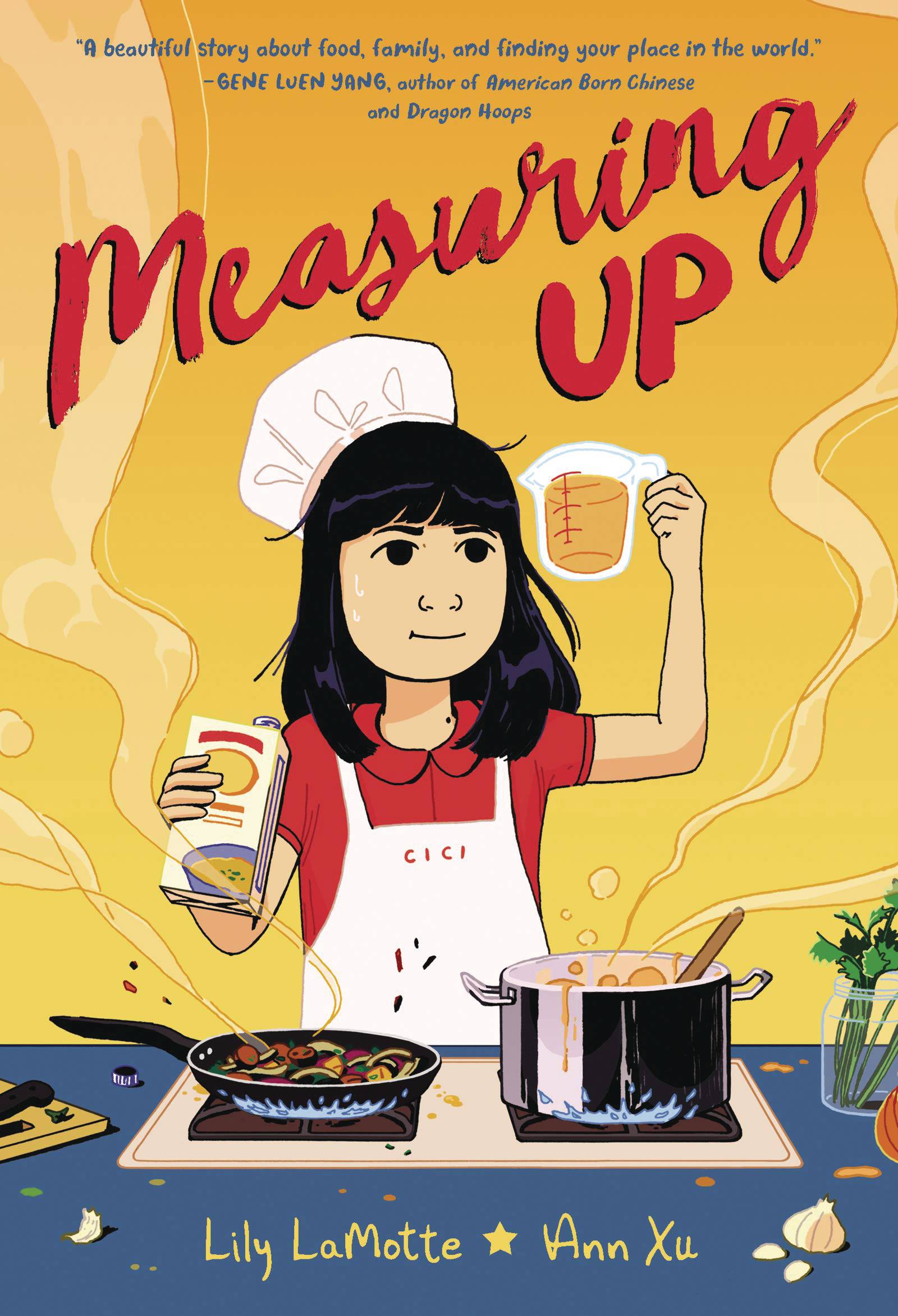 #
AUG201396
(W) Lily LaMotte (A) Ann Xu
Twelve-year-old Cici has just moved to Seattle from Taiwan, and the only thing she wants more than to fit in is to celebrate A-má's 70th birthday together. Since she can't go to A-má, Cici cooks up a plan to bring A-má to her and surprise her parents-by winning the grand prize in a kids' cooking contest to pay for A-má's ticket!


There's just one problem: Cici only knows how to cook Taiwanese food. And after her pickled cucumbers are mistaken for worms at lunch, she's determined to cook something American. Channeling her inner Julia Child, she cooks her way closer to the prize money-that is until she starts to lose herself in the competition. But Cici can't let A-má down, even if it means combining her newfound American identity with the flavors of home.

Cici navigates the blending of her Taiwanese culture and her new American identity with heart and bravery. Measuring Up combines the popularity of MasterChef Junior with the immigration and identity struggles of American Born Chinese, and the girl power of Roller Girl.
In Shops: Oct 28, 2020
SRP: $22.99