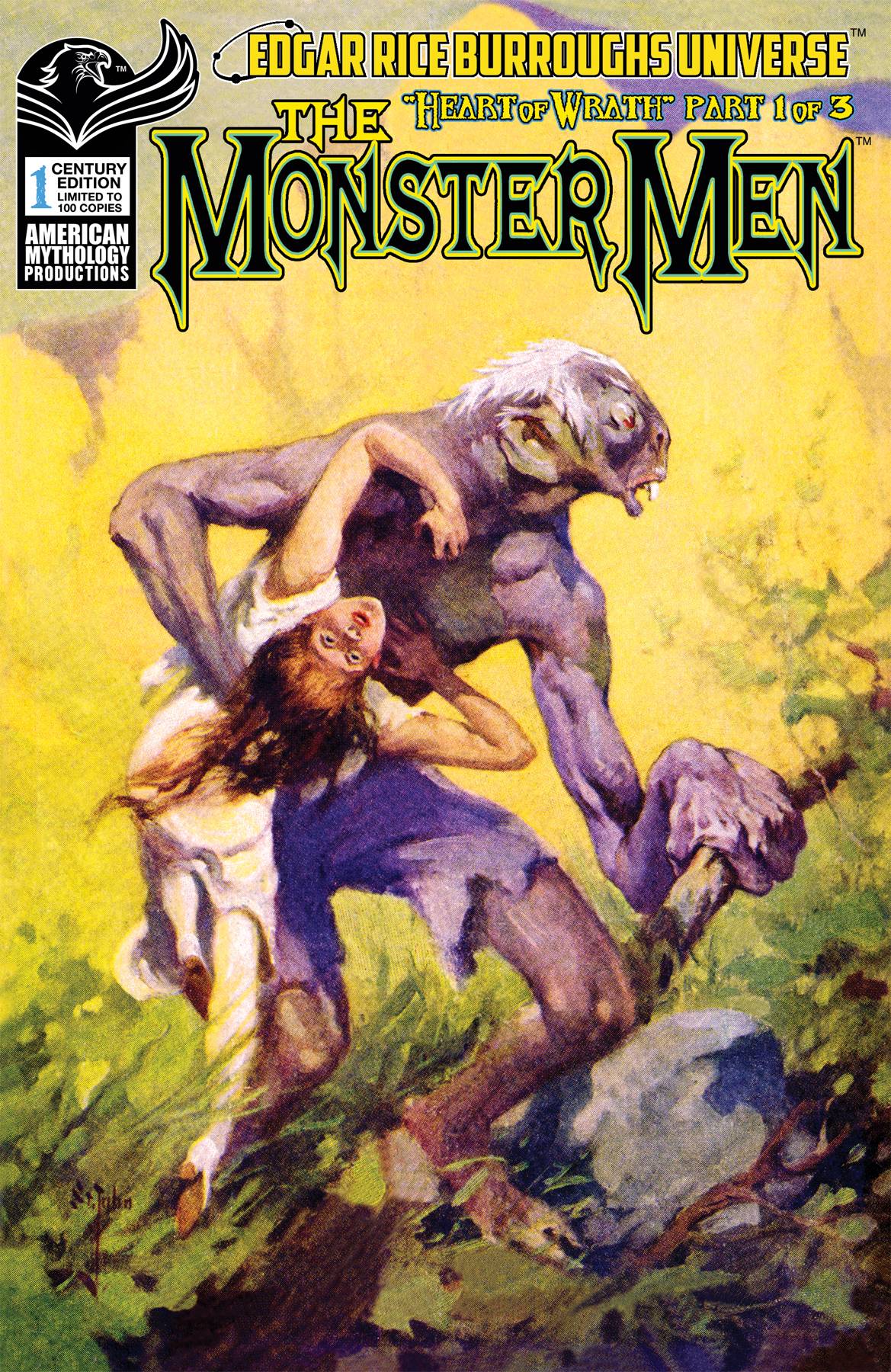 #
AUG201143
(W) Mike Wolfer (A) Roy Allen Martinez (CA) J Allen St John
:  The first fright-filled The Monster Men mini-series comes to a crashing conclusion! Based on Edgar Rice Burroughs' classic gothic horror/science fiction novel, this canonical sequel reveals terrors that will leave you with nightmares as rugged Townsend Harper, Jr. and beautiful Virginia Maxon face the legacy of her father's mad experiments into the creation of human life in mysterious chemical vats. But the creatures birthed by science are far from human, misshapen and monstrous beasts who hunger for human flesh. As they fight for their lives in the jungles of a secluded island hell, Townsend and Virginia find that their enemies include not only a horde of fiendish creatures, but a detachment of soldiers led by British Army lieutenant Arkwright, who has resumed Professor Maxon's doomed experiments to create his own army of beasts. Only one can possibly save Townsend and Virginia and stop the mad British officer's scheme... the fearsome creature of inhuman strength who answers to the name Number 13! Officially licensed and created with full cooperation of Edgar Rice Burroughs, Inc., The Monster Men: Heart of the Beast is written by Mike Wolfer (Pellucidar, The Land That Time Forgot) and illustrated by Roy Allan Martinez (Eternal Thirst of Dracula, Zorro: Swords of Hell).

The rarest of the rare - only 100 copies of this commemorative edition were printed!  These are the perfect books to have slabbed by your favorite grading company.
In Shops: Oct 14, 2020
SRP: $29.99
View All Items In This Series