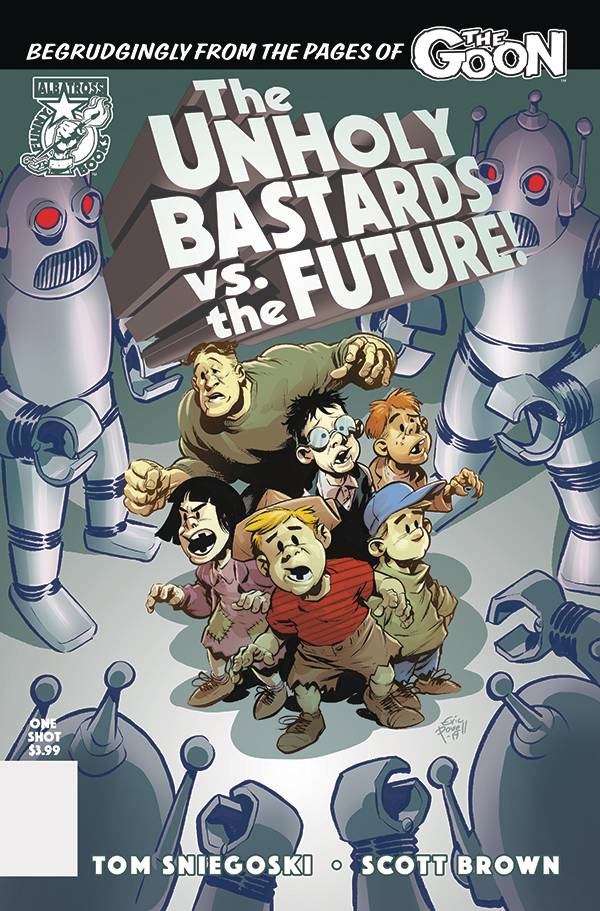 #
AUG201110
(W) Tom Sniegoski (A) Scott Brown, Steve Mannion (CA) Eric Powell
From the pages of The Goon comes those unloveable scamps, The Unholy Bastards! That's right! Smitty, Specs, Pee Wee, Charlene, Roscoe and Kid Gargantuan in an all-new standalone adventure! When they accidentally turn Old Rusty, the bike they'd assembled from pieces stolen off other bikes, into a time machine, the Bastards find themselves not just breaking the laws of decency, but also the laws of physics! And that doesn't even include the several misdemeanors involving killer robots!
In Shops: Oct 07, 2020
SRP: $3.99