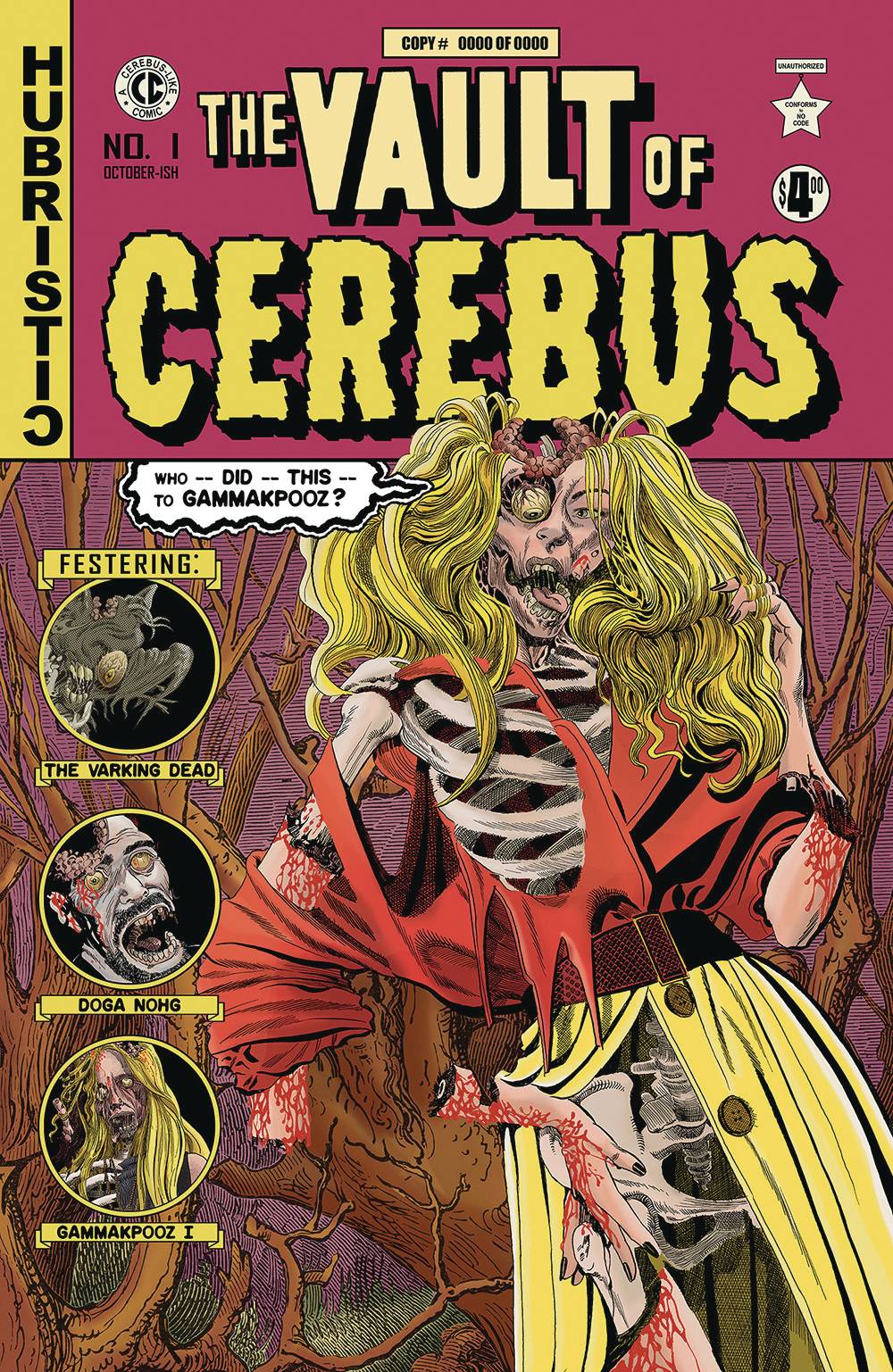 #
AUG201039
(W) Dave Sim (CA) Benjamin Hobbs (A/CA) Dave Sim, Gustave Dore
First annual Hallowe'en Special because a) it's an EC Horror parody and b) unlike everyone else's Hallowe'en Special it will actually come out in October!  Featuring not only Benjamin Hobbs' sequel to The Varking Dead (March, 2020) featuring Batvark and the previously Un-Beddable Vark (who is now fornicating like crazy with the Varking Dead and only qualifies as "un-beddable" because no beds are  involved) but also featuring two big 7-page gammakpooz stories written by Dave Sim, "I, gammakpooz!" and "gammakpooz and me" featuring multiple uses of the previously unpublished variant glamourpuss zombie cover!
In Shops: Oct 28, 2020
SRP: $4.00