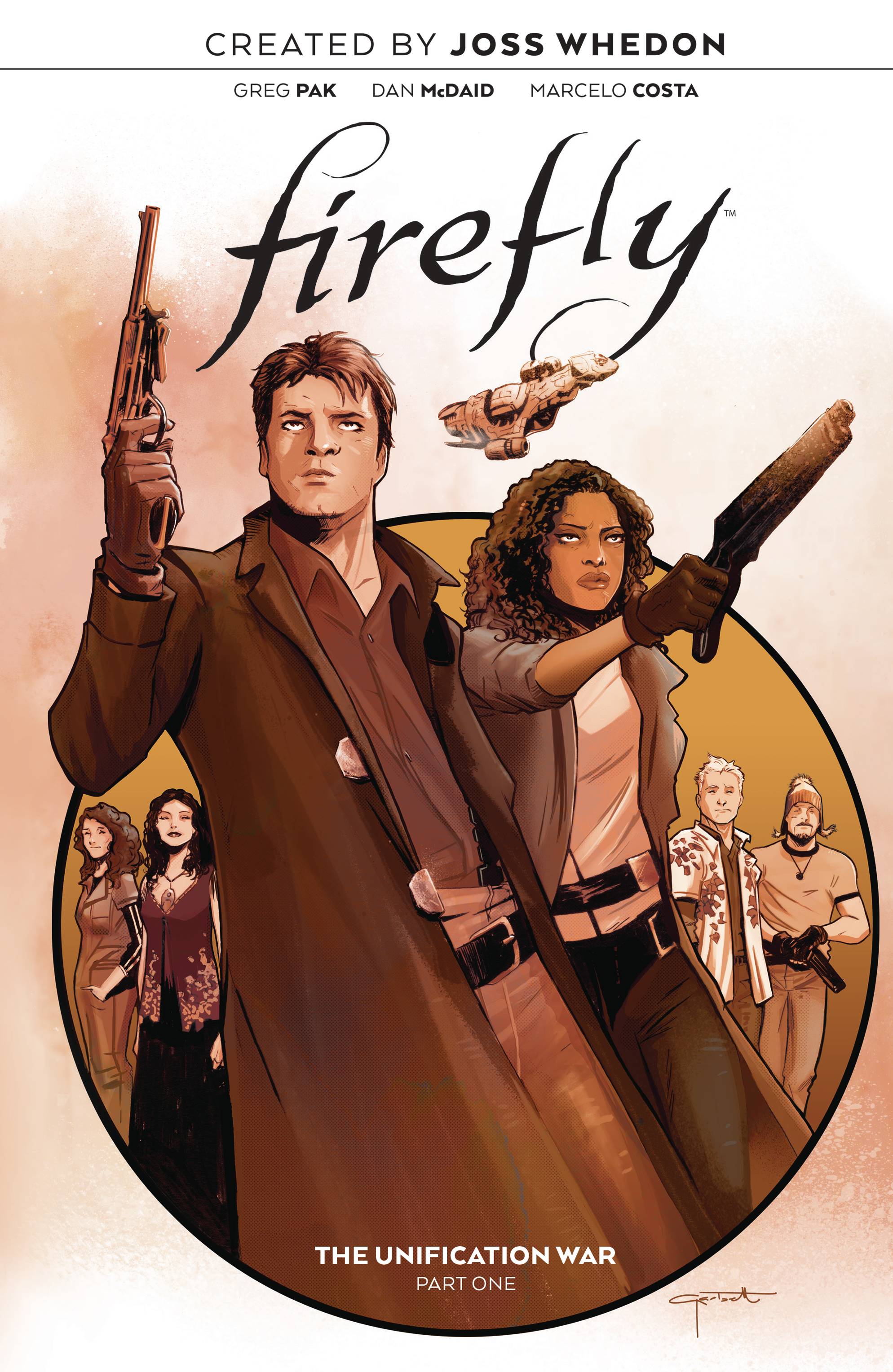 #
AUG201005
(W) Greg Pak (A) Dan McDaid (CA) Lee Garbett
From Joss Whedon (Buffy the Vampire Slayer, Avengers) comes a new era of Firefly, as the definitive story of the Unification War is told at last!

Captain Malcolm Reynolds thought he could outrun his past, but when a simple heist goes wrong, he's forced to make a choice: fix the past or fight for the future. Along with Whedon, writer Greg Pak (Mech Cadet Yu) and artist Dan McDaid (Judge Dredd: Mega
City Zero) take you back to the battleground where it all began...and reveal a secret history that might end it all. Collects Firefly #1-4.
In Shops: Dec 30, 2020
SRP: $14.99
View All Items In This Series