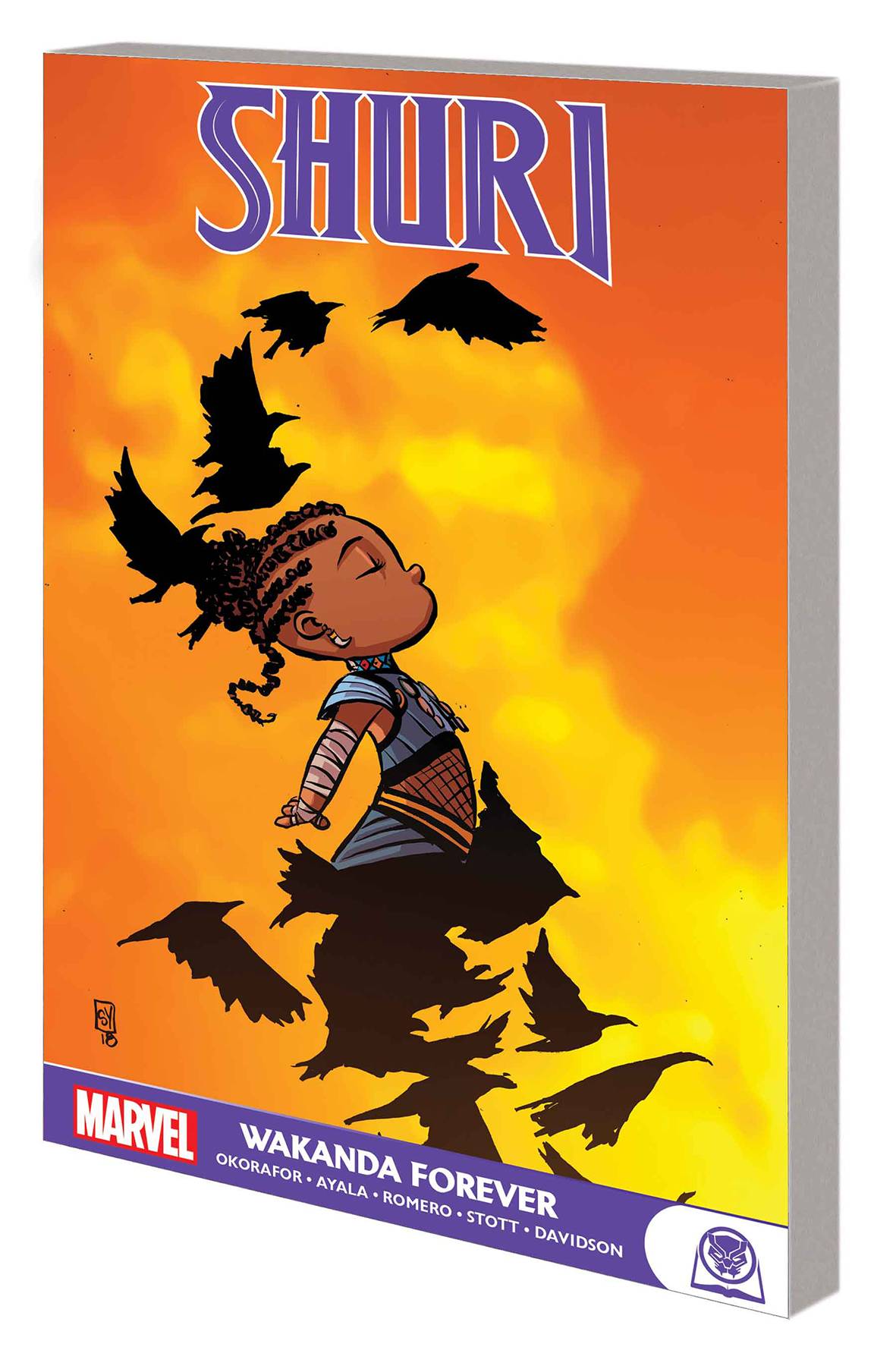 #
AUG200762
(W) Nnedi Okorafor, Vita Ayala (A) Leonardo Romero, Paul Davidson, Rachael Stott (CA) Skottie Young
The Black Panther's techno-genius sister stars in her own incredible adventures! T'Challa has disappeared, and Wakanda expects Shuri to lead their great nation in his absence! But she's happiest in a lab surrounded by her inventions. She'd rather be testing gauntlets than throwing them down! So it's time for Shuri to rescue her brother yet again - with a little help from Storm, Rocket Raccoon and Groot! But what happens when her outer-space adventure puts Africa at risk from an energy-sapping alien threat? Then, Shuri heads to America to investigate a lead, with Ms. Marvel and Miles "Spider-Man" Morales along for the ride! But with her people in peril, will Shuri embrace her reluctant destiny and become the Black Panther once more? Prepare for a hero like you've never seen before! Collecting SHURI #1-10.
Ages 10 & Up
In Shops: Nov 25, 2020
SRP: $12.99