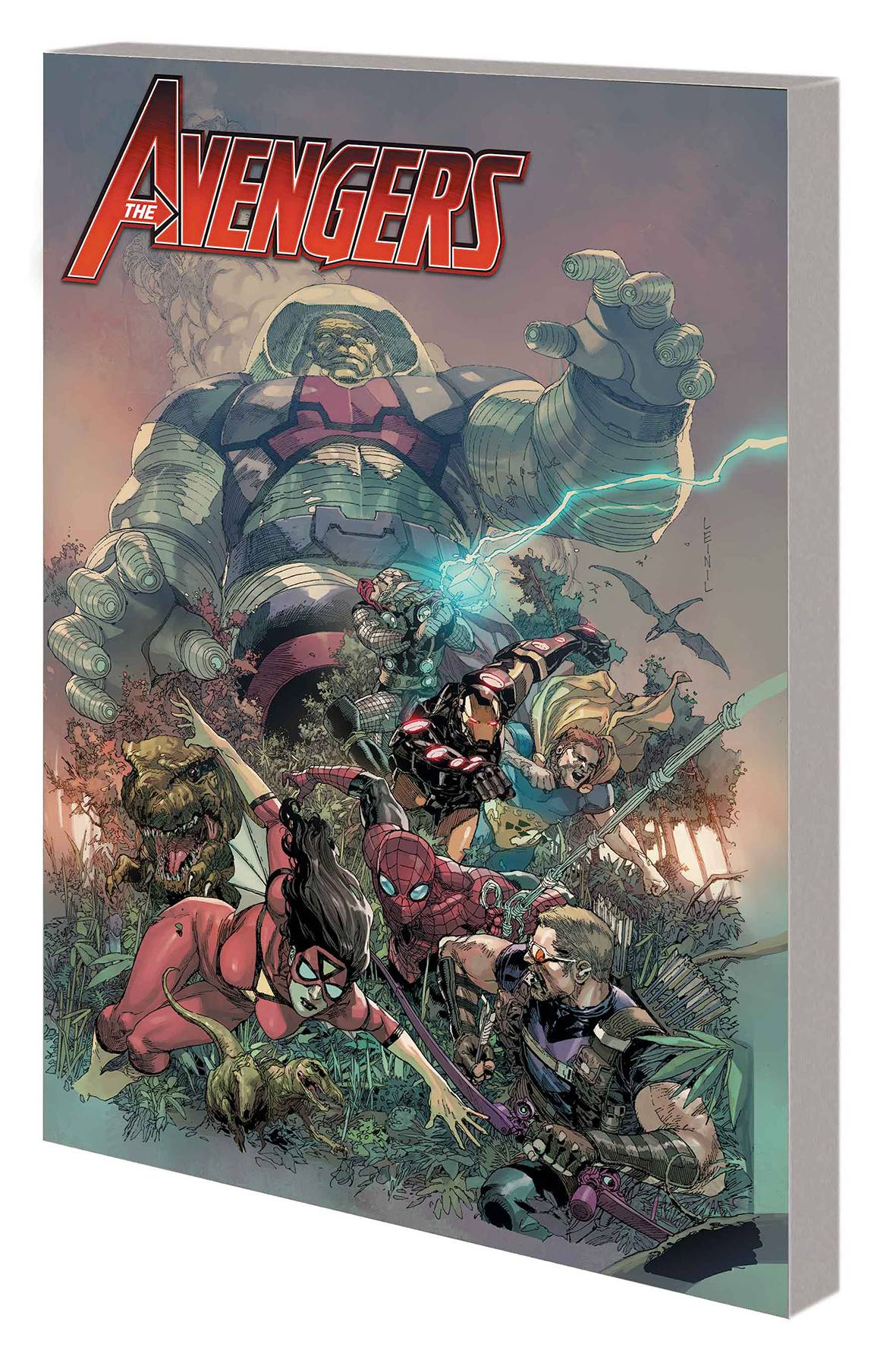 #
AUG200759
(W) Jonathan Hickman, Nick Spencer (A) Adam Kubert, More (CA) Leinil Francis Yu
The last White Event changes everything as Jonathan Hickman's sprawling saga continues! The Starbrand has manifested, but will he be Earth's mightiest hero...or the biggest threat to the Avengers' world? Meanwhile, tensions run high between the Black Panther and the Sub-Mariner as hidden connections between the events of AVENGERS and NEW AVENGERS begin to be revealed! Earth's Origin Sites go active, signaling something ancient out in the cosmos! The terror scientists of A.I.M. unveil their latest scheme! The High Evolutionary stakes his claim on the Children of the Sun! Hyperion learns the true cost of the decisions he made in the Savage Land! And the techno-titan Terminus returns! Plus: A solo tale of the newest Avenger - Shang-Chi, Master of Kung Fu! Collecting AVENGERS (2012) #6-17, NEW AVENGERS (2013) #7 and material from SHANG-CHI: MASTER OF KUNG FU (2009) #1.
Rated T+
In Shops: Nov 25, 2020
SRP: $34.99
View All Items In This Series
ORDER SUBSCRIBE WISH LIST