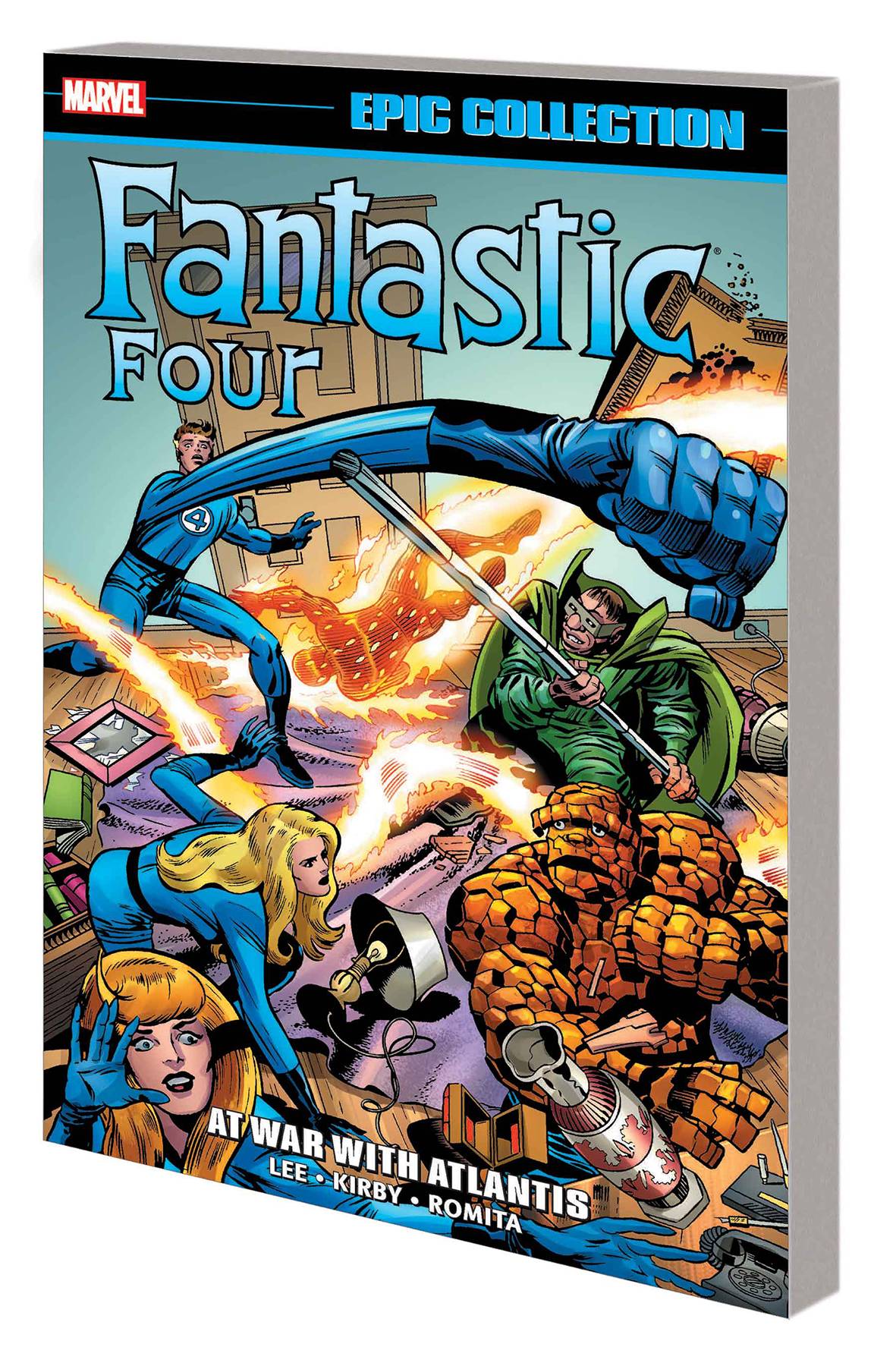 #
AUG200756
(W) Stan Lee (A) John Romita, Ron Frenz (A/CA) Jack Kirby
Certifiably the World's Greatest Comic Collaboration, the Stan Lee/Jack Kirby FANTASTIC FOUR run stands as one of the greatest accomplishments in the history of comics! Together, Stan and Jack's FF laid the foundation of the Marvel Universe and birthed more amazing concepts and characters than any series before or since. Here, in the final issues of their run, expect plenty of explosive action and family drama - including the Mole Man, an interstellar gladiatorial arena, Doctor Doom, a mission to save Apollo 11, the Inhumans, the Sub-Mariner, Magneto and more! And to top it all off, we're including the completed version of Stan and Jack's "lost" FF issue! Collecting FANTASTIC FOUR (1961) #88-104 and ANNUAL #7, and FANTASTIC FOUR: THE LOST ADVENTURE.
Rated T
In Shops: Oct 28, 2020
SRP: $39.99
ORDER WISH LIST