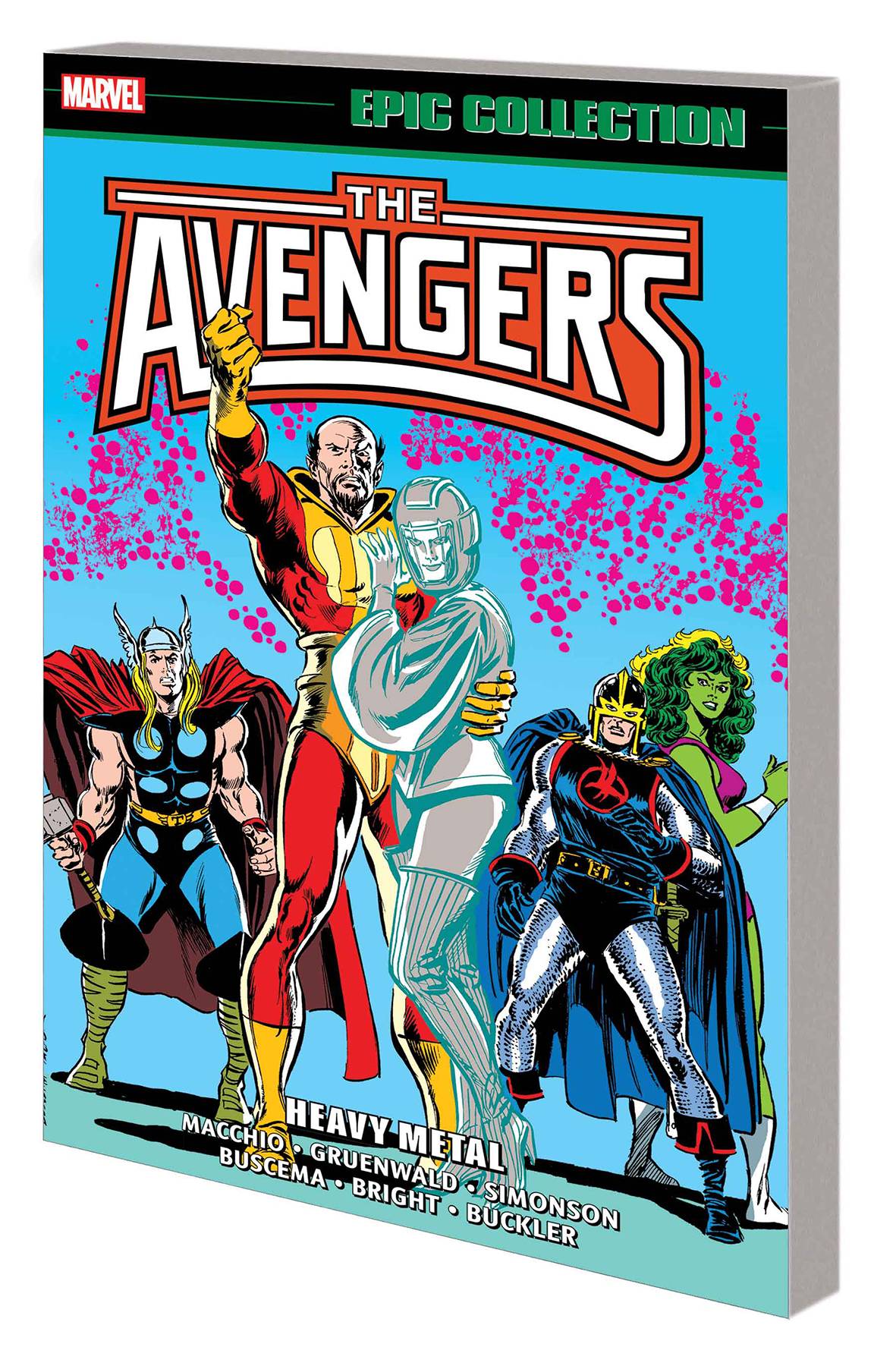 #
AUG200755
(W) Roger Stern, Ralph Macchio, Mark Gruenwald, Walter Simonson (A) Bob Hall, Rich Buckler, Mark D. Bright, Others (A/CA) John Buscema
The old order really changeth! The Avengers are pushed to their limits - first by all-out war against the Super-Adaptoid and his android army then by the monstrous mutation of Marrina, Namor's wife! It ends in heartbreak for the Sub-Mariner, torment for the Black Knight and anguish for Captain Marvel - giving Doctor Druid his moment to take control. But what is Druid's secret agenda? Who is the beautiful woman in his dreams? And what does it all have to do with Kang the Conqueror? The answers will leave the Avengers in shambles - meaning Jocasta must recruit a crew of reserves to fight the Evolutionary War! But out of the ashes of the X-Men's "Inferno," a new team rises - and Mister Fantastic and the Invisible Woman will answer the cry of "Avengers Assemble!" Collecting AVENGERS (1963) #286-303 and ANNUAL #17.
Rated T
In Shops: Nov 11, 2020
SRP: $39.99