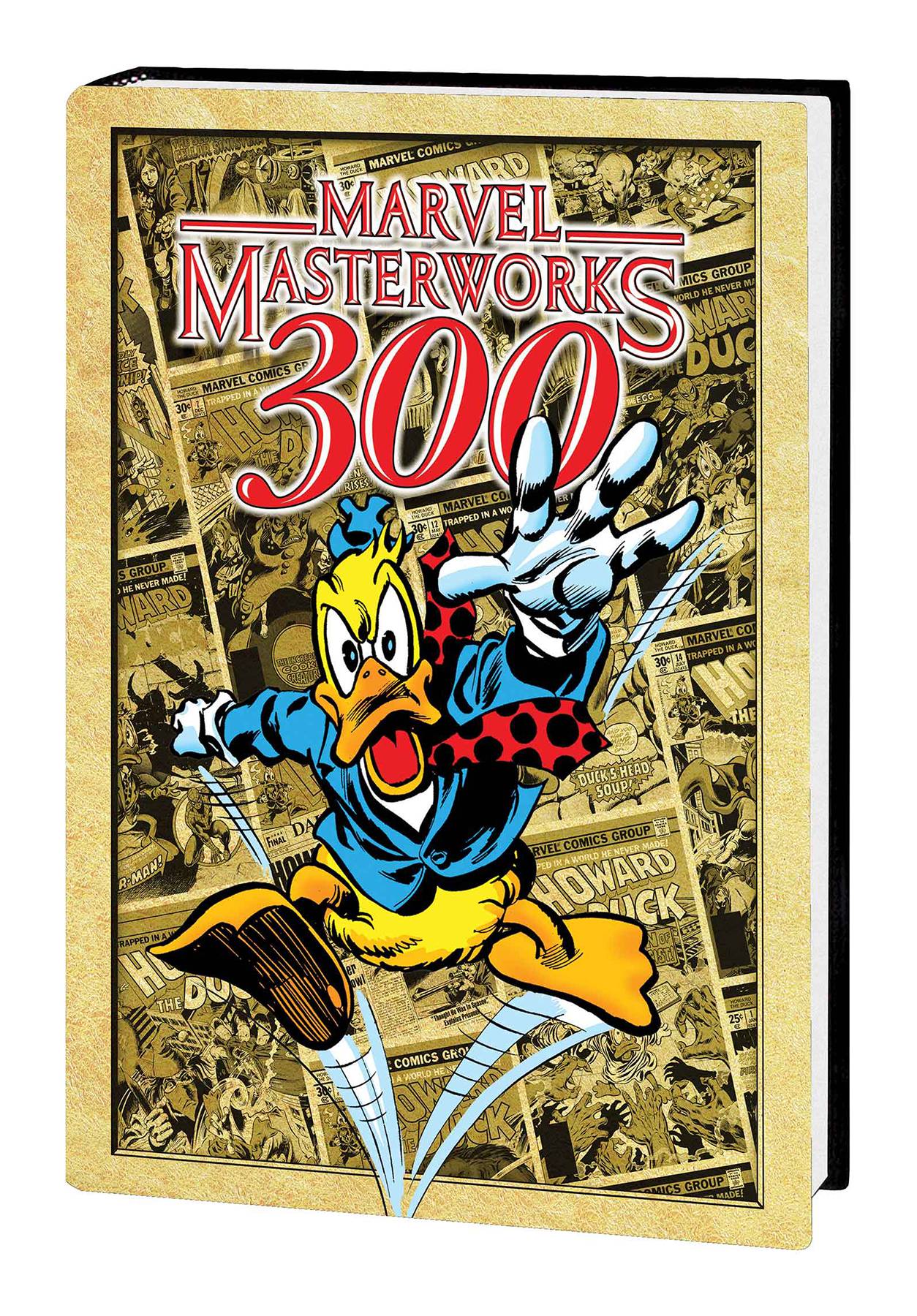 #
AUG200739
(W) Steve Gerber, Frank Brunner (A) Gene Colan, More
Trapped in a Masterworks he never made! There were several worthy candidates for the milestone 300th Marvel Masterworks, but only one waddled away with victory: Howard the Duck! Steve Gerber and artistic cohorts Val Mayerik, Frank Brunner and Gene Colan crafted one of comics' most iconoclastic and hilarious characters. Now Howard's inaugural Masterworks kicks things off with his quirky first appearance as a "fowl out of water," teaming with the macabre Man-Thing to protect Cleveland from the Man-Frog and Hellcow! The satirical stories continue with Howard and gal-pal Beverly Switzler taking on dire threats like the Space Turnip, the Beaver and - public transportation?! And just wait until Howard runs for president! All restored in Masterworks glory! Collecting HOWARD THE DUCK (1976) #1-14; MARVEL TREASURY EDITION #12; and material from FEAR #19, MAN-THING (1974) #1, GIANT-SIZE MAN-THING #4-5 and F.O.O.M. #15.
Rated T
In Shops: Feb 17, 2021
SRP: $75.00
View All Items In This Series
ORDER SUBSCRIBE WISH LIST