ON THE STUMP TP 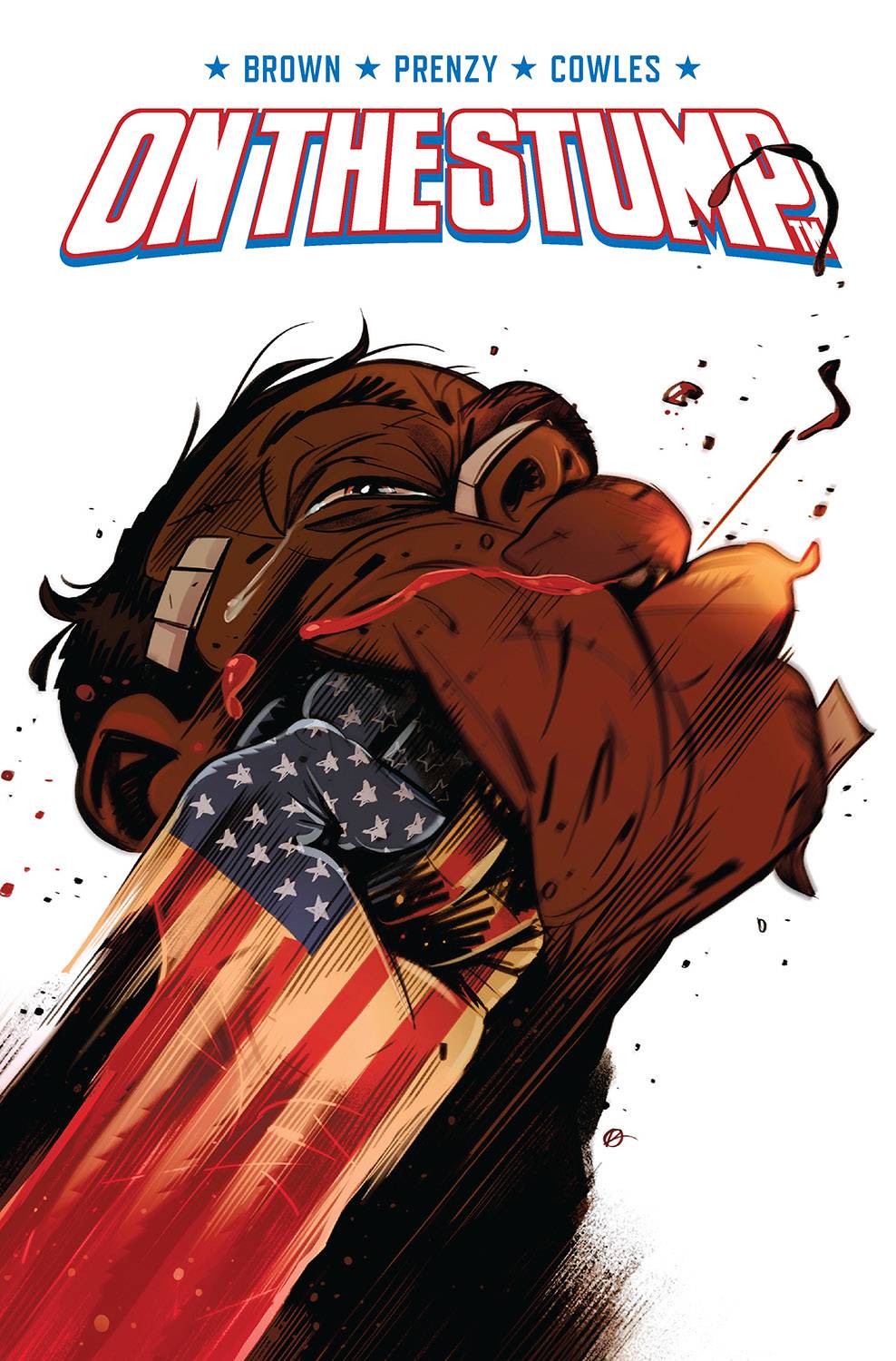 #
AUG200070
(W) Chuck Brown (A/CA) Francesco Chiappara
The campaign trail is paved with blood and broken bones. History diverged one fateful day in 1868, when presidential candidate Horatio Seymour lost his temper mid-debate and violently attacked Ulysses S. Grant, earning him not only widespread popularity but the presidency as well. Today, elections are decided by brutal, highly publicized hand-to-hand combat in arenas called Stumps. And in a society that adores violence this much, it's no surprise that powerful people get away with murder. But not for long-not if Senator Jack Hammer and FBI Agent Anna Bell Lister have anything to say about it.
Eisner-nominated writer CHUCK BROWN (BITTER ROOT, Rotten Apple) teams up with artist FRANCESCO CHIAPPARA and letterer CLAYTON COWLES for a political action series set in a hyper-violent world full of countless injustices and people who have to fight for their place in it. Collects ON THE STUMP #1-5.
In Shops: Nov 04, 2020
SRP: $14.99
ORDER WISH LIST