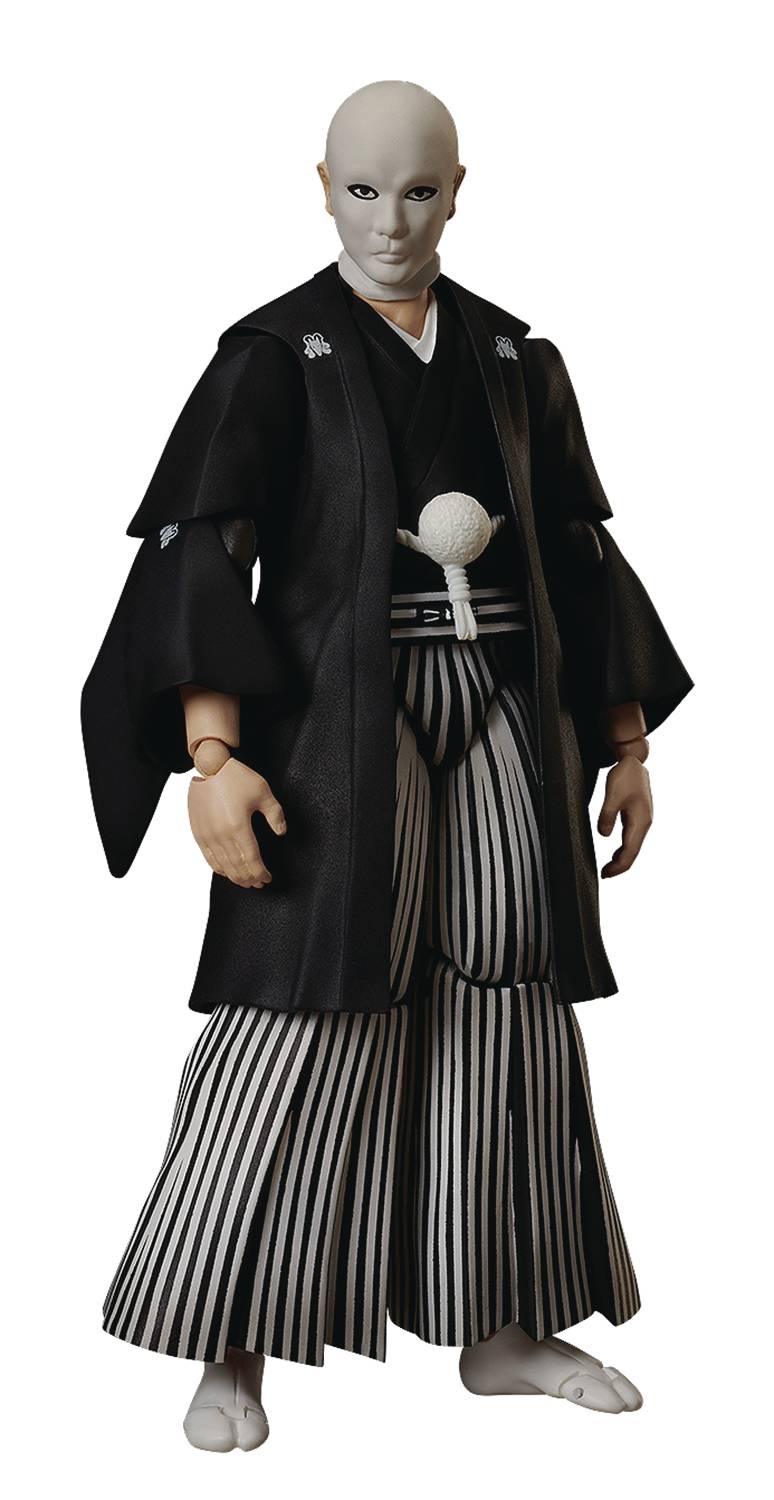 # #
AUG199085
From FREEing. From the classic 1976 Japanese film The Inugami Family directed by Kon Ichikawa comes a figma of the character notable for his unique appearance, Sukekiyo Inugami! The smooth yet posable figma joints allow you to act out a variety of different scenes. The memorable legs sticking out of the water from the film are included. An articulated figma stand is included, which allows various poses to be taken.
In Shops: Nov 11, 2020
SRP: $154.99