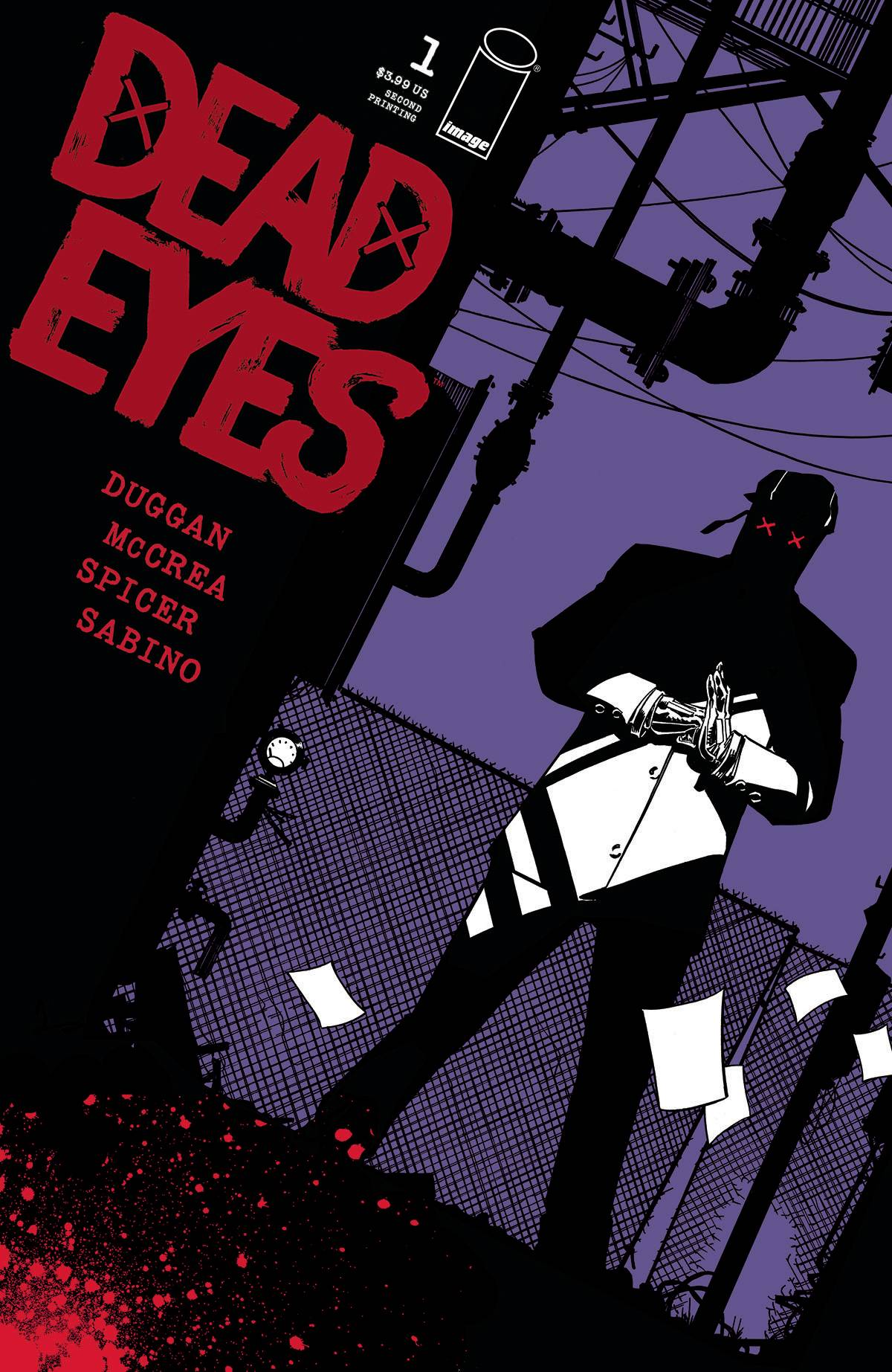 You can't keep a good comic down.

In the 1990s, DEAD EYES was a prolific stick-up man and hoodlum in Boston until he took down one last big score and disappeared. Nobody ever discovered the truth. He retired to be with the love of his life, but now he's back in the mask to save her. No one-not his wife, the mafia, or the cops-is happy that he's out of retirement.

From JOHN McCREA, the artist and co-creator of MYTHIC and Hitman, and GERRY DUGGAN, the writer of ANALOG and DEADPOOL, comes the action, comedy, and drama of Martin Dobbs, a.k.a. DEAD EYES, the man who says he's descended from one of the original gangs of New York City. Get on board the oversized first issue of an all-new ONGOING SERIES for mature readers.
In Shops: Oct 30, 2019
SRP: $3.99
View All Items In This Series
ORDER SUBSCRIBE WISH LIST