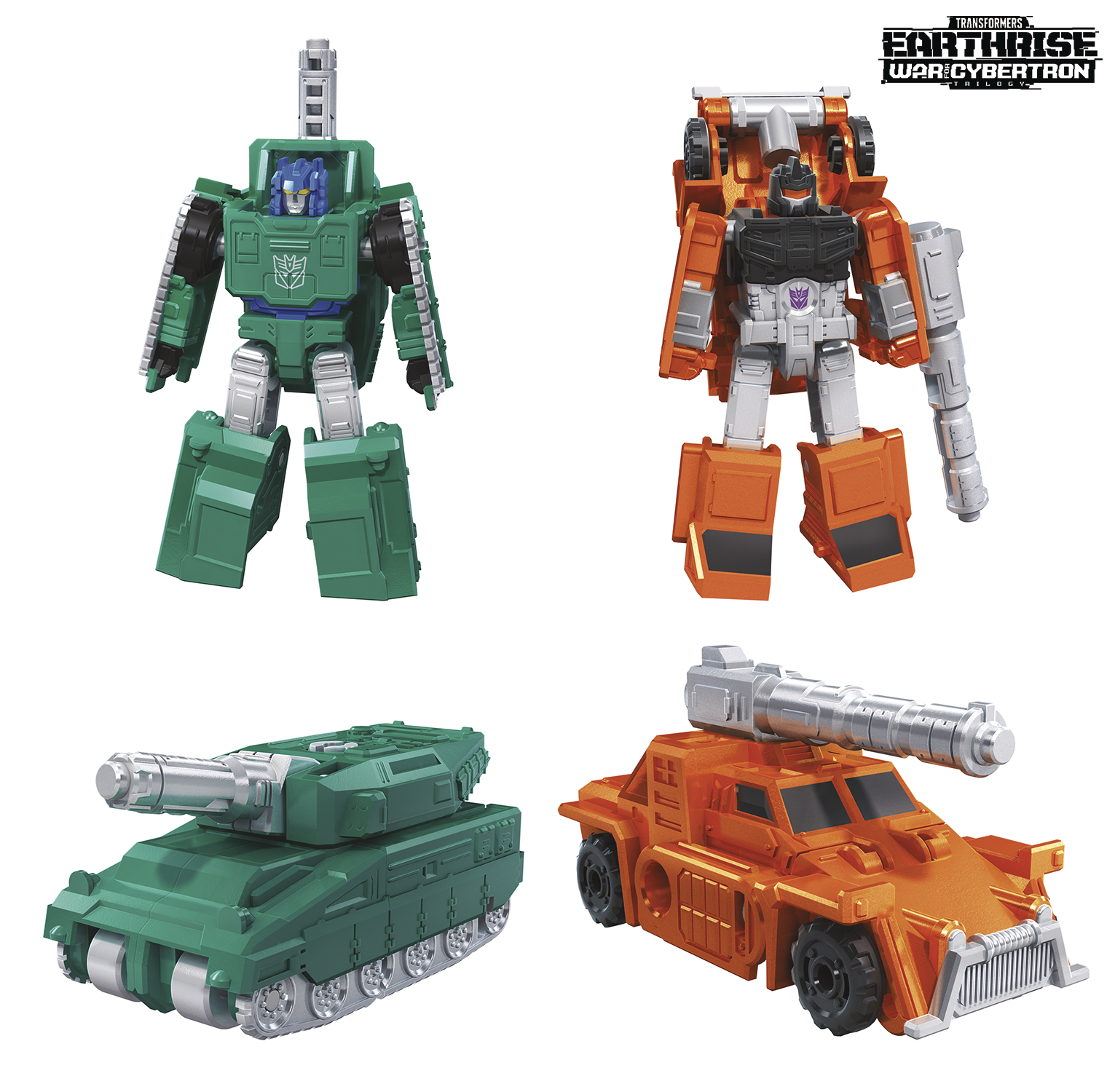 AUG198878
From Hasbro Toy Group. Build the Battlefield Beyond! The siege is over, but the War for Cybertron has just begun. Bombshock and Decepticon Growl figures convert into mini toy cars in 6 and 5 steps! Micromaster toys are to scale with Modular Battle Stations and can ride along their connector tracks. Every pack includes a piece of the Transformers Universe map and a red decoder to unlock the map's hidden paths! Collect other Earthrise figures to piece together the full map!