I AM C-3PO INSIDE STORY LTD SGN SLIPCASED HC 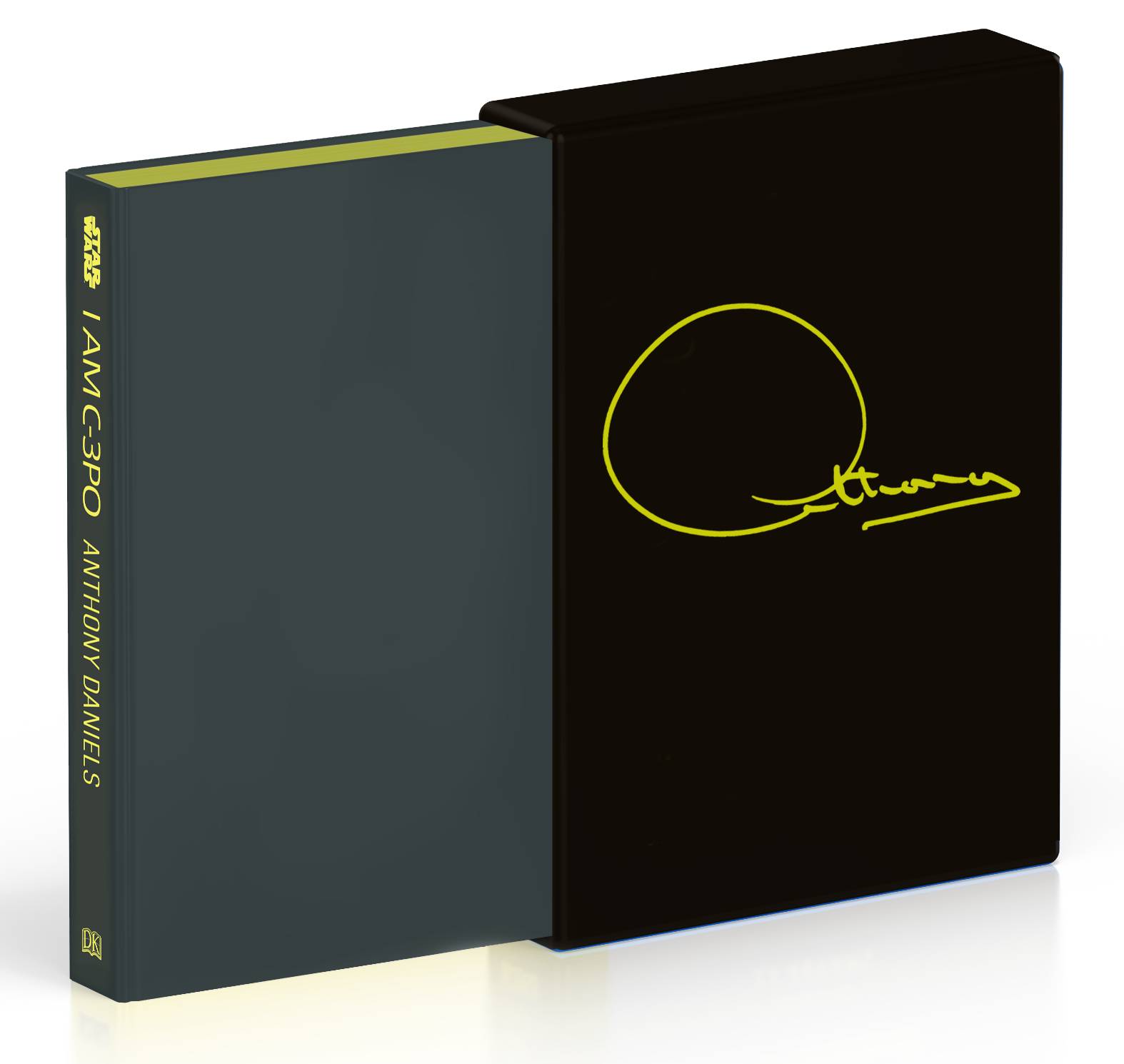 #
AUG198516
(W) Anthony Daniels
When Star Wars burst on to the big screen in 1977, an unfailingly polite golden droid called C-3PO captured imaginations around the globe. But C-3PO wasn't an amazing display of animatronics with a unique and unforgettable voiceover. Inside the metal costume was an actor named Anthony Daniels.

In this deeply personal memoir, Anthony Daniels recounts his experiences of the epic cinematic adventure that has influenced pop culture for more than 40 years. For the very first time, he candidly describes his most intimate memories as the only actor to appear in every Star Wars film - from his first meeting with George Lucas to the final, emotional days on the set of Star Wars: The Rise of Skywalker.

With a foreword by J.J. Abrams, this book is a nostalgic look back at the Skywalker saga as it comes to a close. I Am C-3PO: The Inside Story reveals Anthony Daniels' vulnerability, how he established his role and what he accomplished, and takes readers on a journey that just happens to start in a galaxy far, far away.

This limited, special edition contains:
•  A shrinkwrapped, embossed slipcase with gold foil accents.
•  A hardcover edition of I AM C-3PO: The Inside Story signed by Anthony Daniels
with gold gilded edges.
•  An envelope containing 3 exclusive prints.
•  A removable "Signed Collector's Edition" sticker.