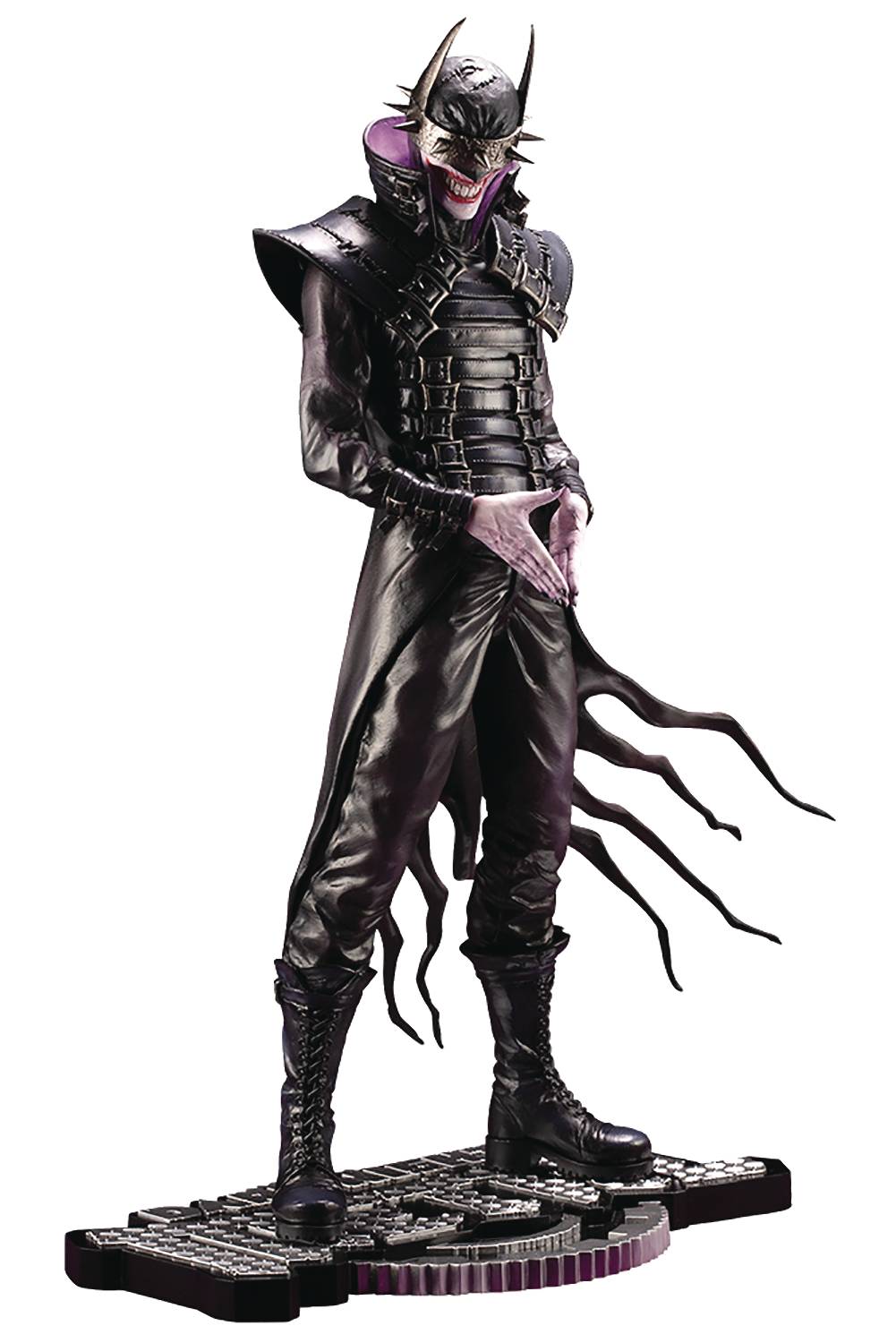 # #
AUG198243
From Kotobukiya. From Dark Knight: Metal: Dark Knight Rising the Batman Who Laughs joins the ARTFX series! One of the seven nightmare Batmen from the Dark Multiverse, this statue perfectly depicts a figure that should only exist in nightmares!
From the belt and buckles that can be seen throughout the statue, to the spikes poking out of the bat cowl, the twisted nature can be seen from every angle of this statue. The Batman Who Laughs ARTFX Statue is sculpted in 1/6 scale and stands about 13" tall!