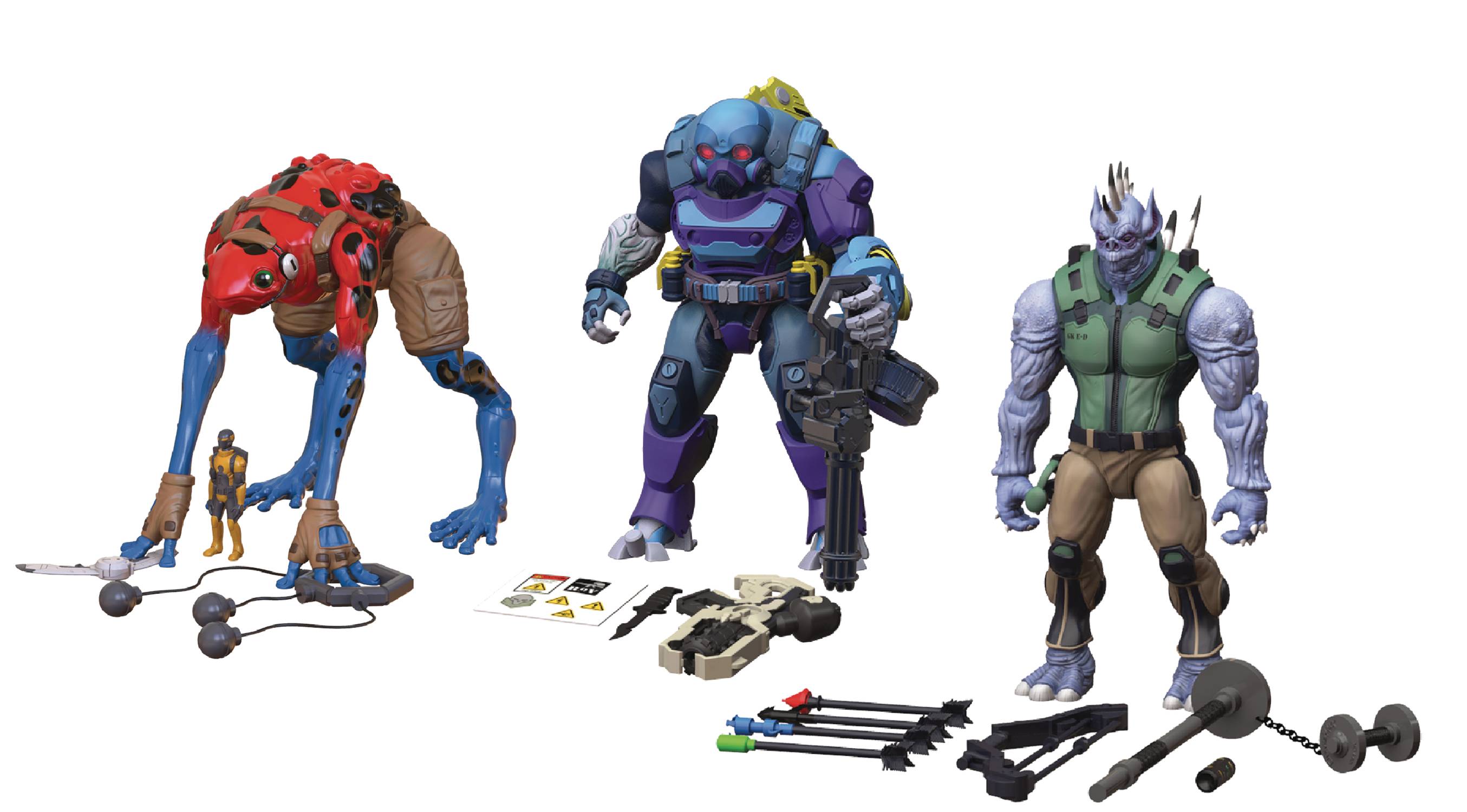 #
AUG192778
Developed by asking kids what they wanted in a new line of action figures, Alter Nation is a new and exciting this in action figures! The product of a military experiment on a remote island in the Pacific Ocean, the GK Delta Special Forces are a team of human-animal hybrid given extraordinary powers and abilities to create the ultimate soldier! They uncover the secret conspiracy that created them while also saving a humanity that fears them! The Alter Nation Medium Figures include Quillory, the heavy metal fan armed with a barbell; Daart, the team's young recruit; and Sabotage, the cyborg mutant who seeks to destroy the GK Delta Special Forces Team at all costs! Each figure comes with accessories and is ready for action!
In Shops: Jan 01, 2020
SRP: $24.99
ORDER WISH LIST