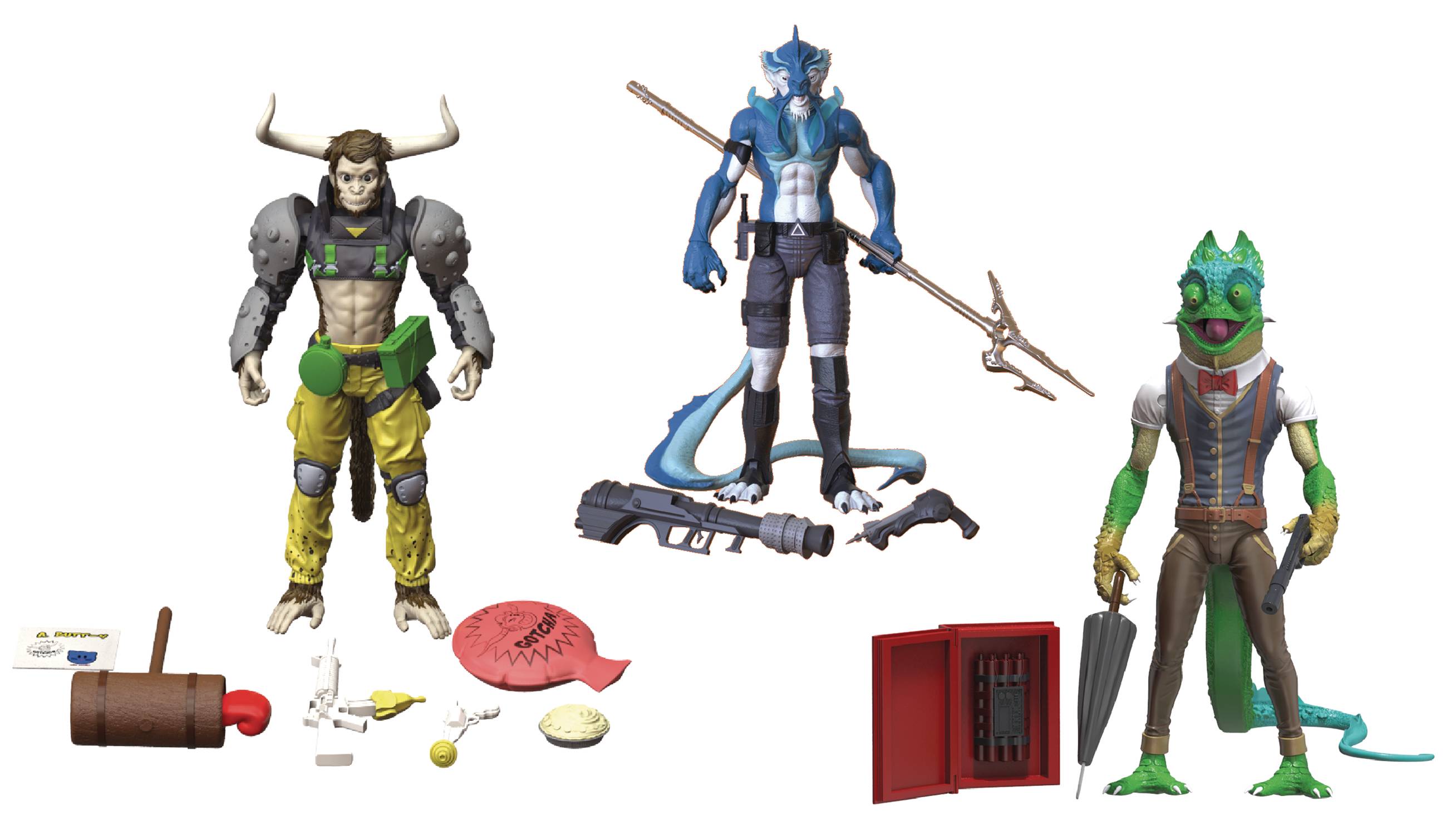 #
AUG192774
The product of a military experiment on a remote island in the Pacific Ocean, the Alter Nation is a team of human-animal hybrid given extraordinary powers and abilities to create the ultimate soldier! Known as the GK Delta Special Forces Team, they uncover the secret conspiracy that created them while also saving a humanity that fears them! Developed by asking kids what they wanted in a new line of action figures, the Alter Nation Basic Figures include Albert VIII, team prankster; Sham, the human/chameleon hybrid spy with mixed loyalties; El Ray, the team's amphibious leader; and more! Each figure comes with accessories and is ready for action!
In Shops: Jan 01, 2020
SRP: $21.99
ORDER WISH LIST