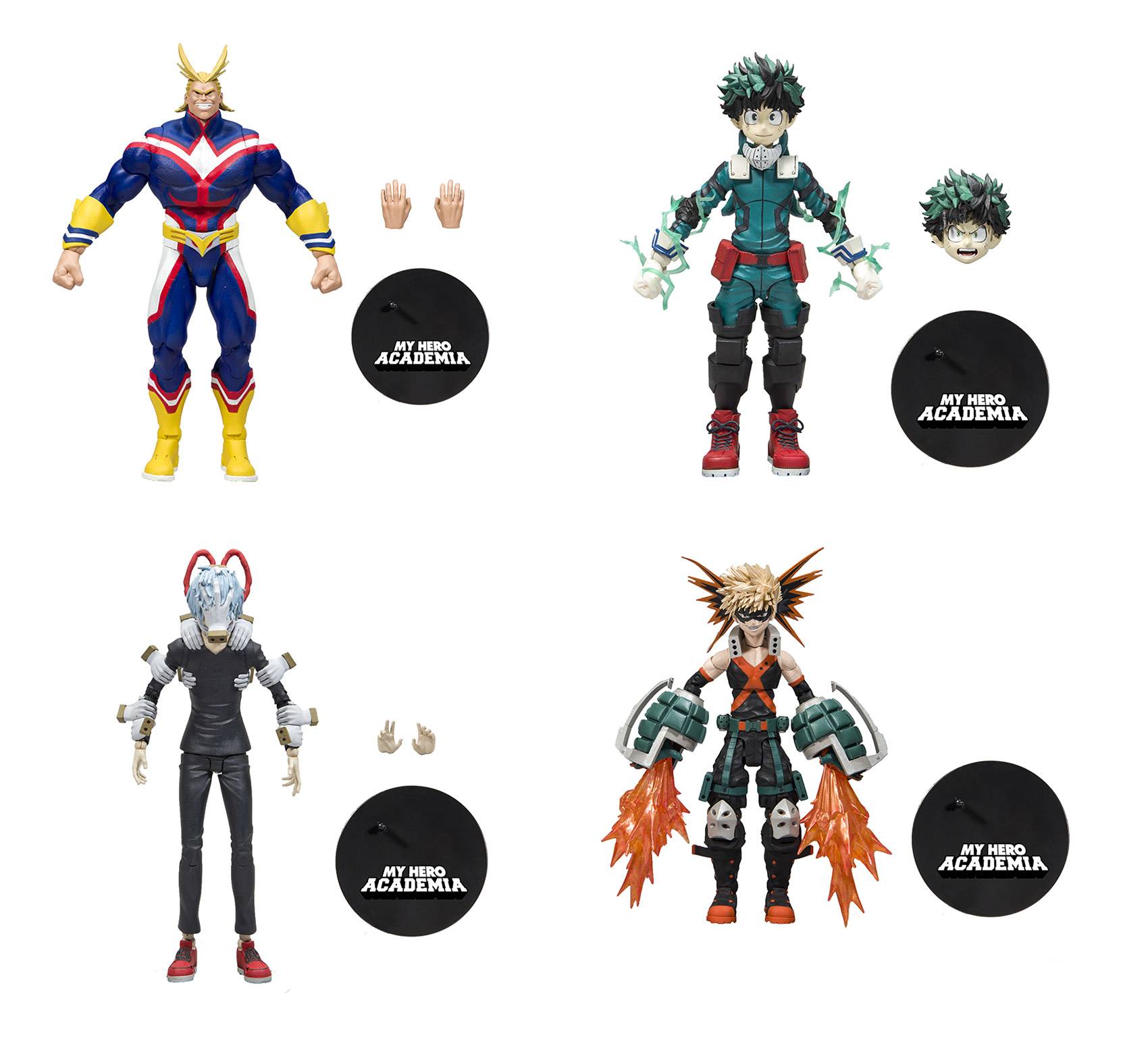 #
AUG192747
One of the top anime series running today, My Hero Academia has a huge fanbase who thrill to the adventures of super-heroes and those who want to be! With a film on the way, the popularity of My Hero Academia is only bound to grow, which is why McFarlane Toys' new series of My Hero Academia Action Figures will he highly sought-after this fall!
These 7" tall figures of All-Might, Bakugo, Midoriya and Shigaraki feature McFarlane's Ultra Articulation so you can pose these figures for battle or for casual moments. The sculpts are detailed and accurately recreate the costumes seen on screen, resulting in figures that look like the characters come to life, and every figure comes with accessories and alternate hands.
If you love My Hero Academia, then look for McFarlane Toys' My Hero Academia Action Figures this fall!
In Shops: Oct 30, 2019
SRP: $21.99