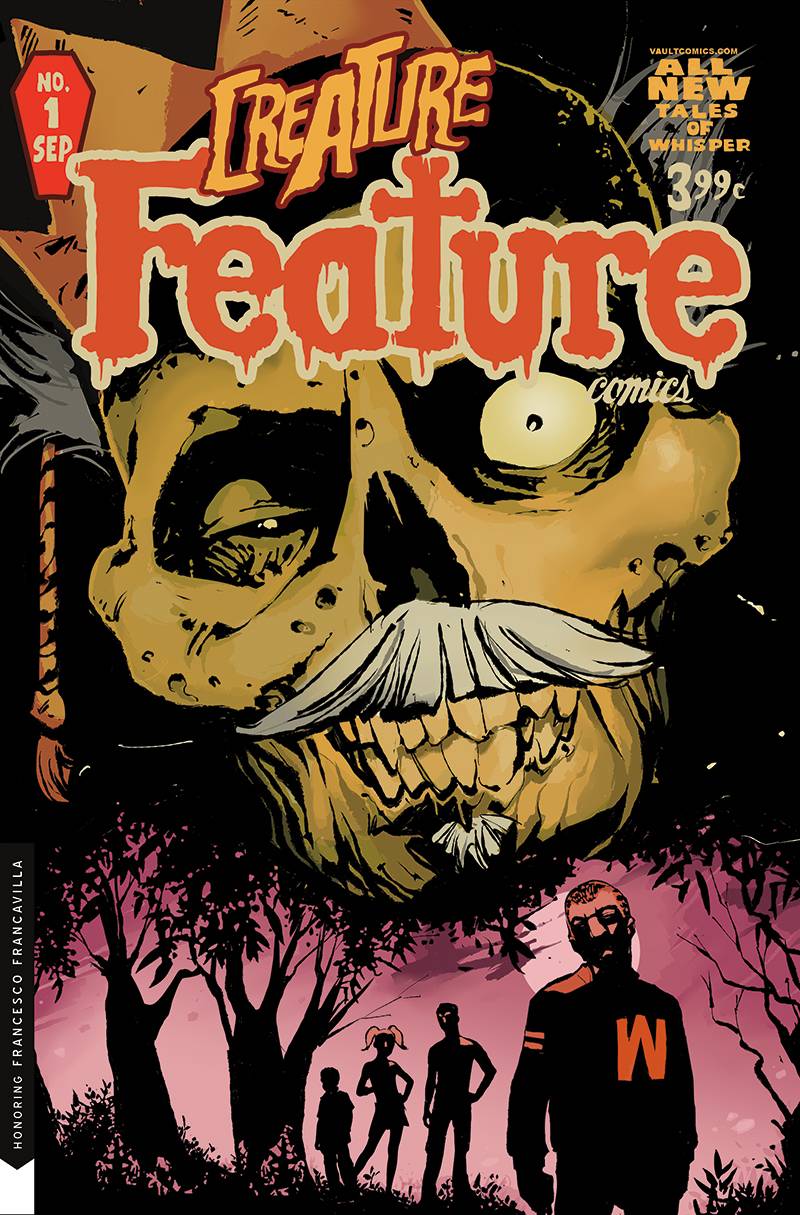 #
AUG192339
(W) Eliot Rahal (A) John Bivens (CA) Nathan Gooden, Tim Daniel
Eons ago, visitors from outer space buried an item of unimaginable power in the primordial swamps that would one day become King Lake-a quaint little basin on the edge of Whisper, USA. Millions of years later, a comet's radioactive waves awaken the monster slumbering beneath the lake. As the beast feeds on America's sweet, delicious youth, brain-slugs infect the quiet town, causing victims to vomit up their kill-hungry, zombified skeletons. But for seventeen-year-old Jarrod Parker, none of that stuff matters much. For him, this isn't about the Apocalypse. It's about payback. Nothing-not his friends, not the undead, not even the end of the world-will keep him from vengeance.
In Shops: Oct 16, 2019
SRP: $3.99
View All Items In This Series