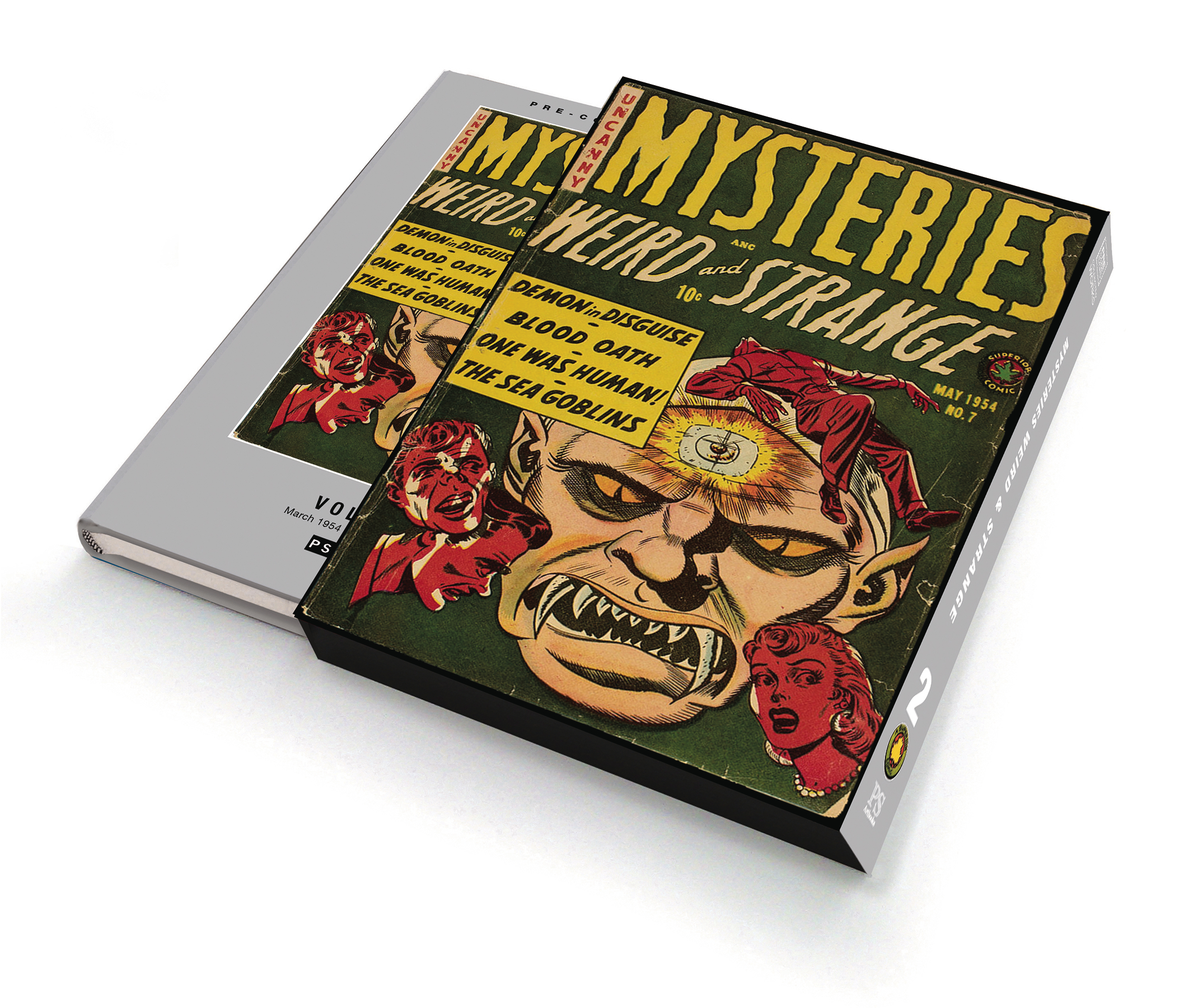 Special Notes: This one's a wacky entry and no denying, with Canadian publisher Superior Comics coming into the four-colour horror ring all gloved up and swinging fit to punch the lights out of anybody who stood in their way.
As we told you in the first volume, they kicked off with JOURNEY INTO FEAR, STRANGE MYSTERIES (as opposed to pretty straightforward and perhaps even slightly boring mysteries) and the one-word extravaganza that was just MYSTERIES, the latter calling itself variously MYSTERIES (its legal title) and, on the cover, MYSTERIES WEIRD AND STRANGE. The earlier tales were bizarre and quirky and it's pretty clear that inspiration was in short supply that day. Good stuff though, with pens, pencils and plots coming from, among others, Jay Disbrow and the Igor Shop.
Writer and illustrator Jay E. Disbrow worked as a comic book artist during the 1950s and he is especially
remembered for his pre-Code horror comics, and has become (certainly around the PS offices) a cult
favorite for his stories filled with demons, ghostly apparitions and other monsters. Disbrow later moved on
to become a technical illustrator for the government, but made some independent and promotional comics     in the 1980s, as well as the webcomic 'Aroc of Zenith' in the 2000s
In Shops: Jan 01, 2020
SRP: $56.99
View All Items In This Series