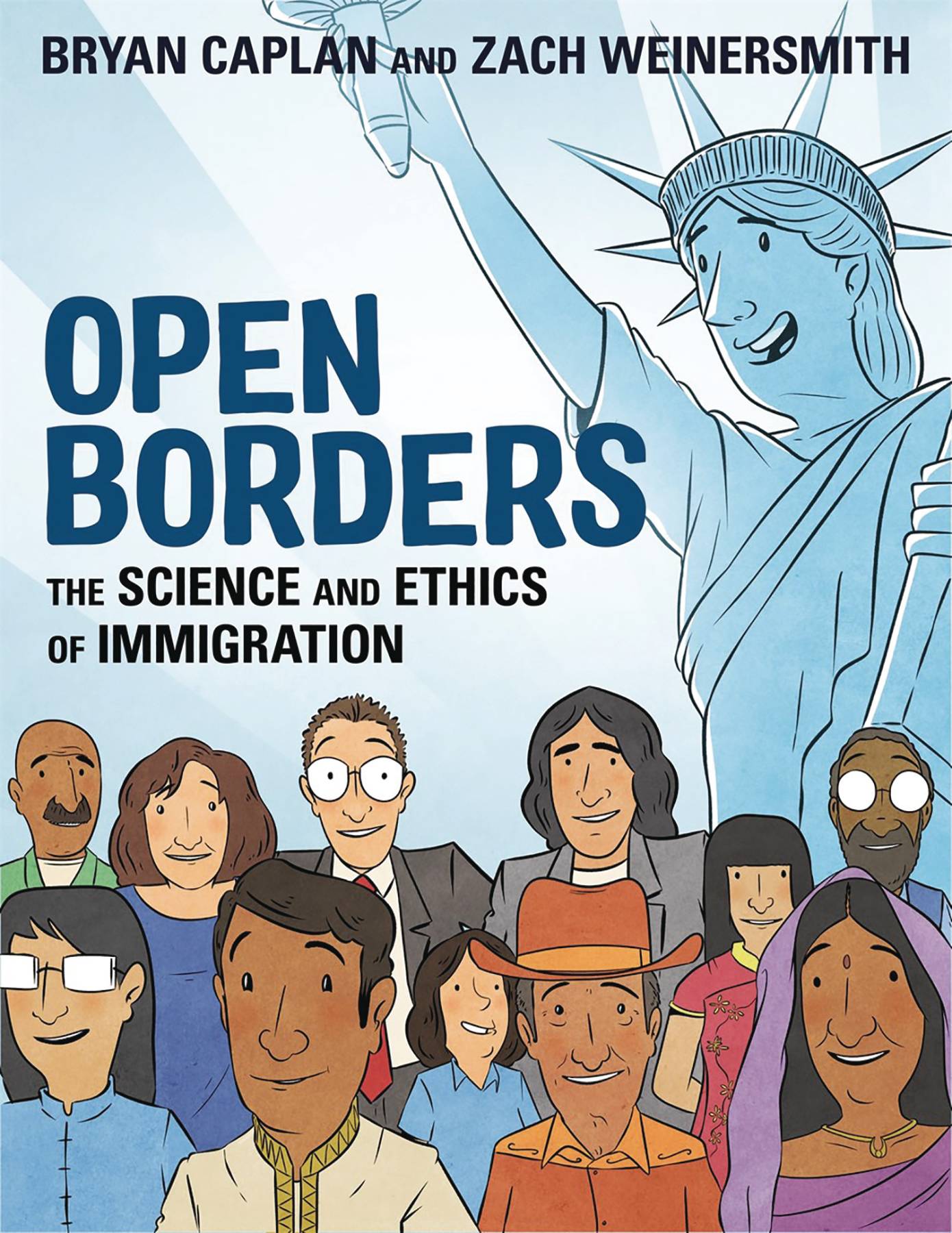 #
AUG191964
(W) Bryan Caplan (A) Zach Weinersmith
Economist Bryan Caplan makes a bold case for unrestricted immigration in this fact-filled graphic nonfiction illustrated by SMBC creator Zach Weinersmith. American policy-makers have long been locked in a heated battle over whether, how many, and what kind of immigrants to allow to live and work in the country. Those in favor of welcoming more immigrants often cite humanitarian reasons, while those in favor of more restrictive laws argue the need to protect native citizens. But economist Bryan Caplan adds a new, compelling perspective to the immigration debate: He argues that opening all borders could eliminate absolute poverty worldwide and usher in a booming worldwide economy, greatly benefiting humanity. Available in softcover and hardcover editions.
In Shops: Oct 23, 2019
SRP: $19.99
ORDER WISH LIST