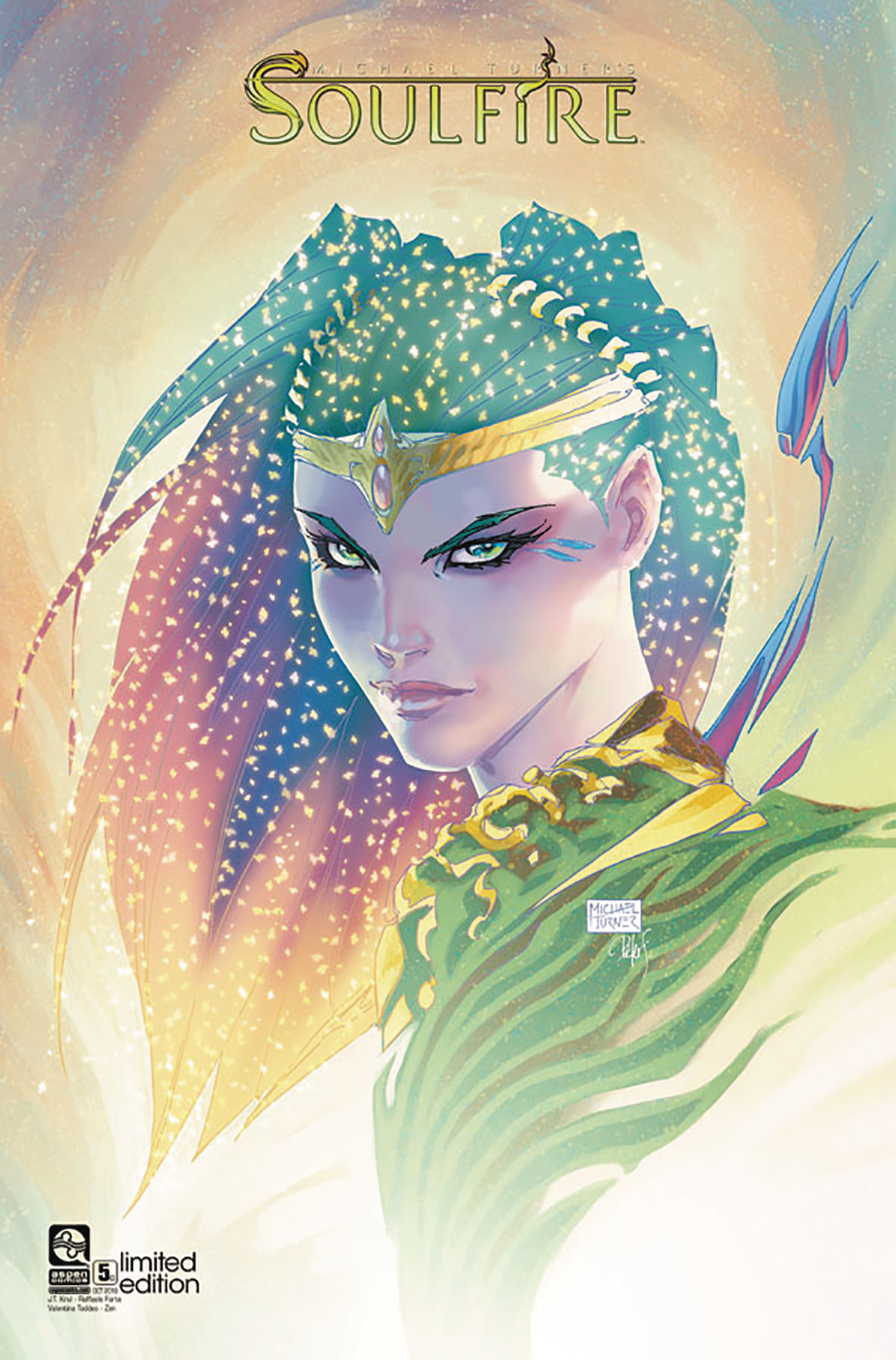 AUG191651
(W) J. T. Krul (A) Raffaele Forte (CA) Michael Turner
Soulfire is back with its biggest story-and greatest challenge to its heroes ever!
Technology strikes back! With help from the treacherous Sarin, Cordella's strike force has reached the Everlands looking to snuff out the light of magic at its source. However, standing in her way is...EVERYONE! The penultimate issue of Soulfire volume 8 sees magic and technology face off in a battle that has been years in the making!

Veteran Soulfire scribe J.T. Krul (Soulfire, Jirni) returns and teams up with rising star Raffaele Forté and colorist Valentina Taddeo (Aspen Visions: Soulfire) in this magical world-shattering new volume that will change the face of everything you know about the Soulfire Universe!
In Shops: Oct 30, 2019
SRP: PI
View All Items In This Series