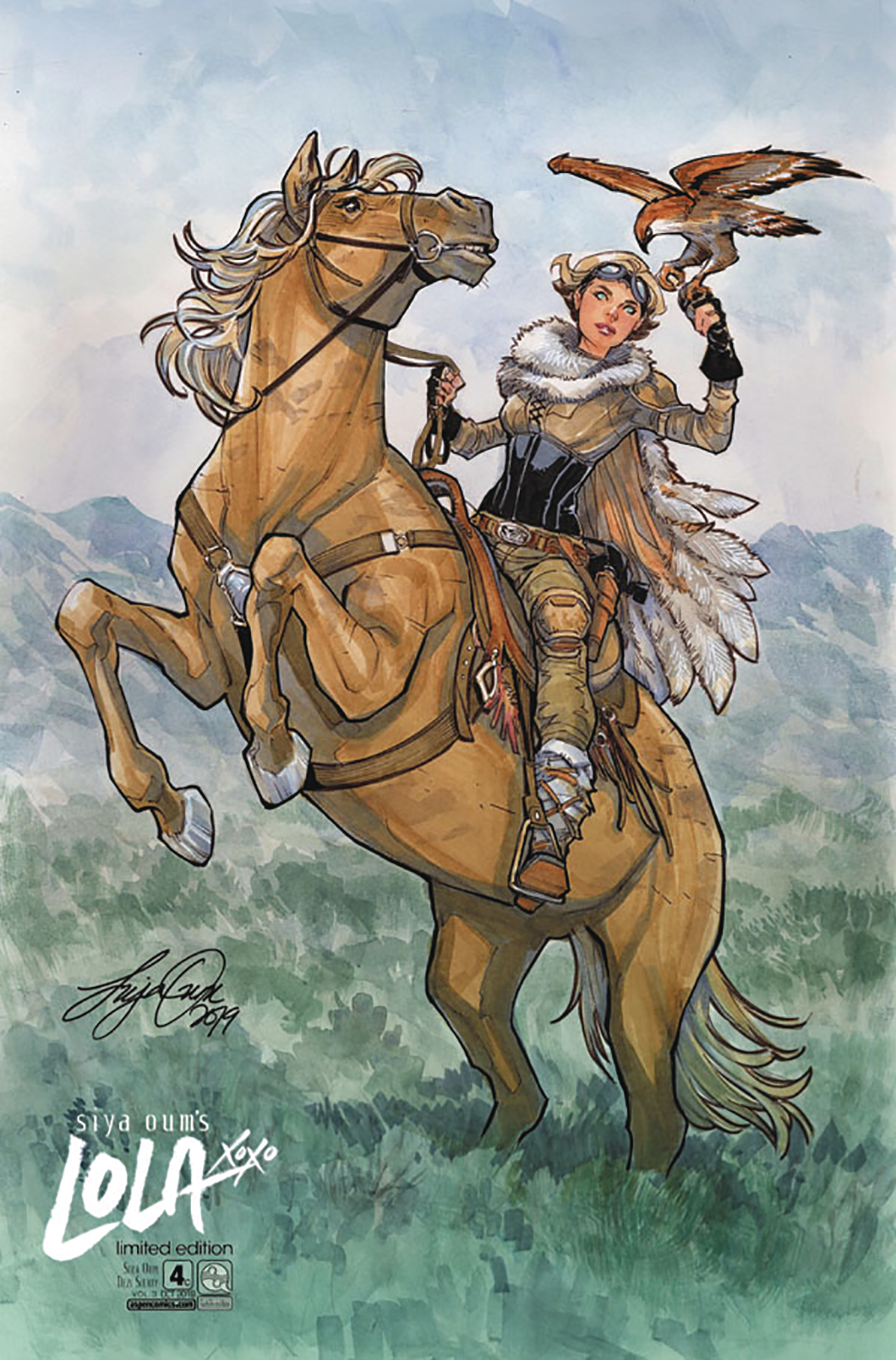 AUG191645
(W) Siya Oum (A/CA) Siya Oum
It's mayhem in The Wasteland as Siya Oum's best-selling Lola XOXO has reached its pivotal third volume! Yellowstone is under attack by The Divide's forces, and this time they've brought an even larger army to attack Lola and her allies! But, Lola discovers that not everyone on the other side is their enemy, as a traitor could prove to be vital to her cause. However, that does not mean Lola-or those close to her-are free of danger, as the battle leads to a tragic result!
Superstar creator Siya Oum provides a thrilling adventure with her riveting story and gorgeous illustrations for this climactic Lola XOXO Volume 3!