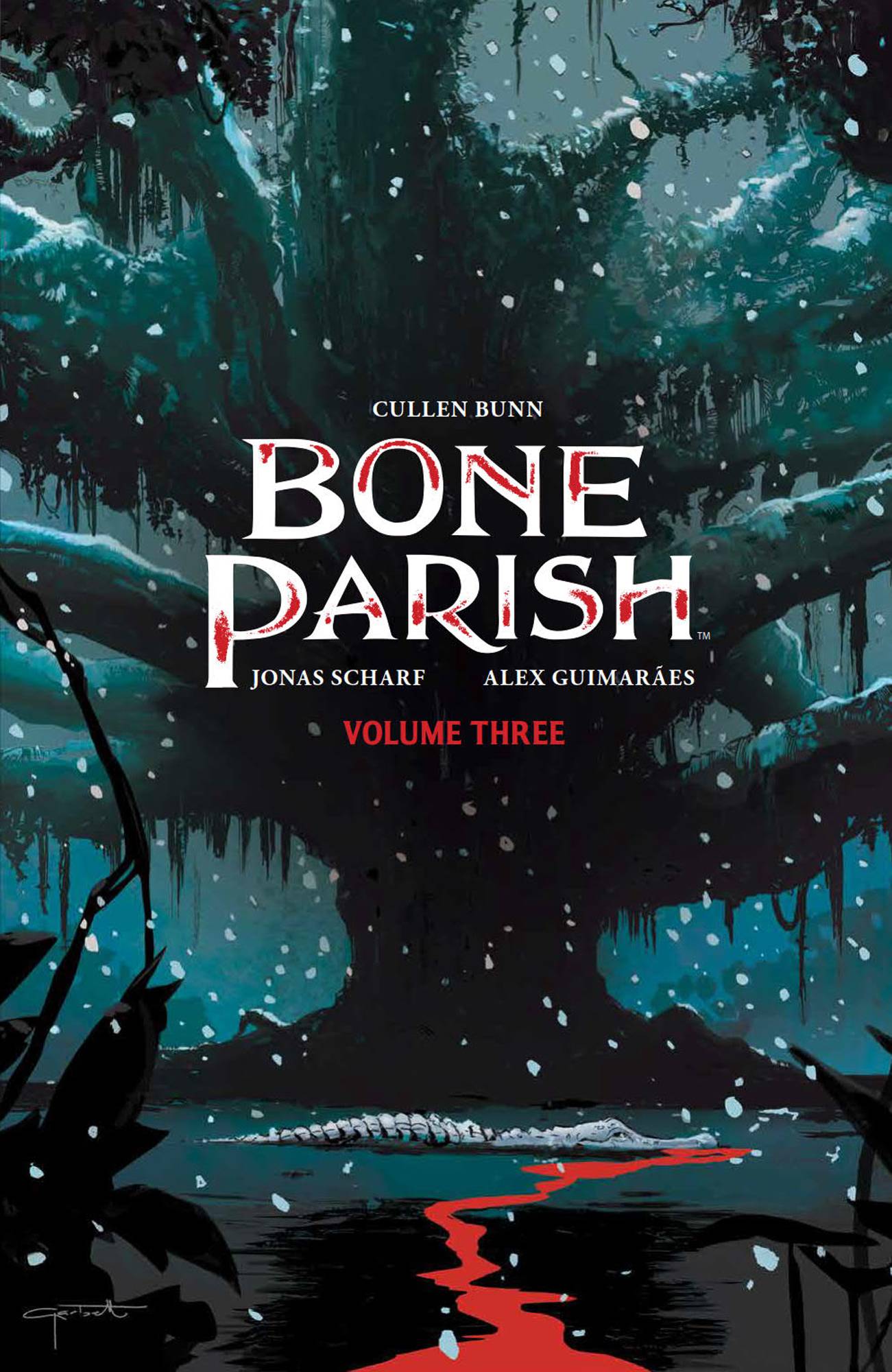 #
AUG191383
(W) Cullen Bunn (A) Jonas Scharf (CA) Lee Garbett
* 2018 Bram Stoker Award Nominee . Superior Achievement in a Graphic Novel!
* Every high has its comedown, and the Winters family is in for a rude awakening. Once the innovator and sole dealer of the new necromantic drug that's all the rage on the streets of New Orleans, they have since come under siege by rivals on all sides trying to steal the market for themselves. And while the family has suffered heavy losses to this point, there's more to come before the harsh light of morning.
* Eisner Award-nominated author Cullen Bunn (Harrow County, The Empty Man) and illustrator Jonas Scharf 's critically-acclaimed horror series concludes in Bone Parish Volume Three, as the Winters fight off reckonings both personal and professional to preserve their family empire.
* Collects issues 9-12.
In Shops: Dec 18, 2019
SRP: $14.99
View All Items In This Series