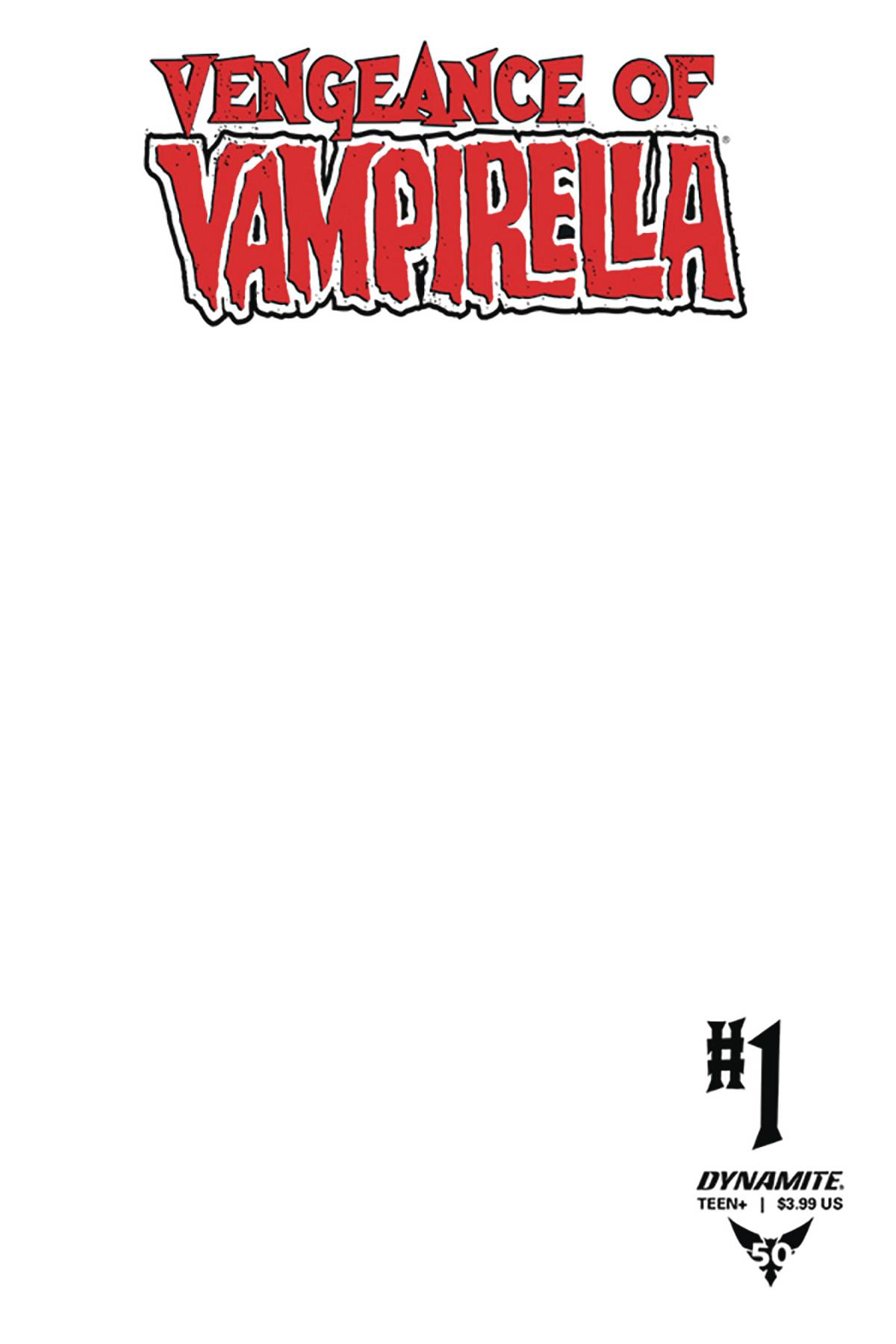 #
AUG191197
(W) Tom Sniegoski (A) Michael Sta. Maria (CA) Blank Cover
The Blank Authentix Edition - available as a variant for Vengeance of Vampirella #1 features the same great story, but with a blank cover for you to get your favorite artist to draw their version of Dynamite's favorite vampiric birthday girl, Vampirella!
Originally debuting in 1994, Vengeance of Vampirella portrayed a more savage and feral look at the Daughter of Drakulon. Now, for the 50th Anniversary of Vampirella, original series writer Tom Sniegoski (joined by the incredible art of Michael Sta. Maria) is back and issue #1 features a host of incredible cover artists.
Set 25 years after the initial series, Vampirella is Dead!? Long Live Vampirella!
Humanity holds on, but barely, the playthings and slaves of a multitude of supernatural monstrosities that have made the earth their own.  Mistress Nyx continues to rule the planet, her Chaos Lords reigning over the various regions of the world, but she is getting bored - There's no one to challenge her! That is, until a small, but determined rebellion finds what could be their savior or seal their doom!
This new series - and anniversary event - is not to be missed!
THOMAS E. SNIEGOSKI is the author of more than two dozen novels for adults, teens, and children. His teen fantasy YA series Fallen was adapted into a trilogy of monstrously successful TV movies by ABC Family Channel. His other books for teens include Sleeper Code, Sleeper Agenda, Legacy, and Force Majeure, as well as the series The Brimstone Network. The author's first adult novel, A Kiss Before the Apocalypse, developed into a series of novels about the character Remy Chandler.
In Shops: Oct 02, 2019
SRP: $3.99
View All Items In This Series